Fewer than 20 megamouth sharks have ever been confirmed near the U.S. These two were recently filmed swimming together 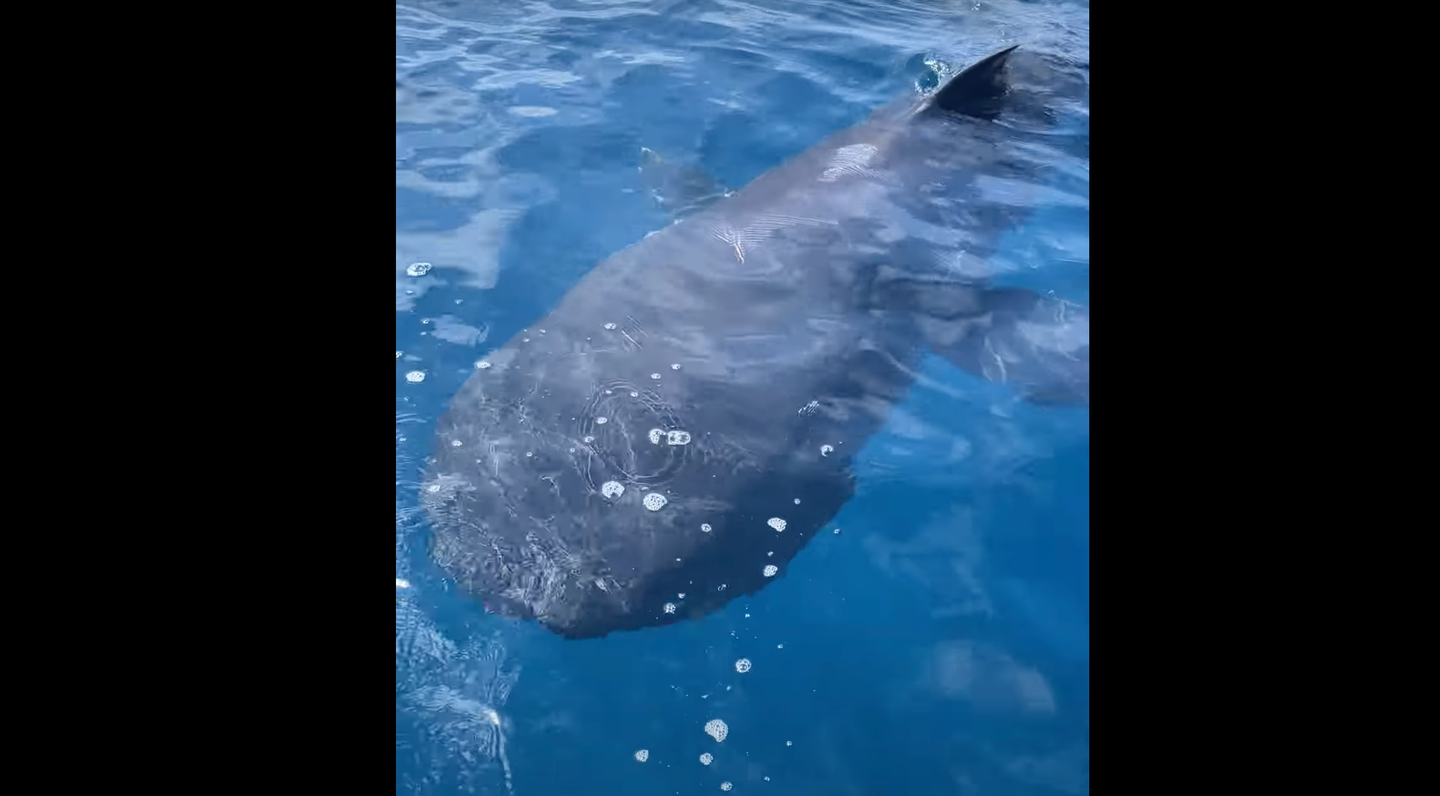 Megamouth sharks are rare. How rare? There have only been 273 confirmed reports of them worldwide since 1976. Of those, fewer than 20 were spotted off the coast of the United States. “The megamouth shark has been knowingly encountered so few times that the scientific community has a list and extensive notes on each shark encountered,” explains the Florida Museum, which maintains a megamouth sighting database.  “They are likely diurnal following swarms of krill, from the surface of the open ocean during the day, and diving deep at night.”

Several fishermen recently spotted not one—but two—megamouth sharks off the coast of San Diego. Val Costescu, David Stabile, and Andrew Chang were around 30 miles out when they encountered the sharks. They pulled out their phones and started filming the rare fish, which are known, unsurprisingly, for their bulbous heads and broad mouths. Chang immediately identified the sharks’ species.

“The thing about fishing is you never know what you’re gonna find,” he told CBS 8. “I thought I had seen it all at this point but who would have thought I would see two megamouth sharks?”

The anglers’ footage shows the big sharks swimming next to and beneath their fishing boat, while one of the fishermen threw some baitfish into the water as chum. Researchers from the Scripps Institution of Oceanography confirmed the species of the sharks and plan to use the footage in a forthcoming scientific journal article after interviewing the anglers.

Megamouth sharks can grow to over 17 feet long. Most specimens witnessed by humans are caught as bycatch by commercial plankton fishermen near Taiwan. Seeing a megamouth outside of that area is exceedingly rare. In fact, sightings are so few and far between that scientists don’t have a firm grasp on how many megamouth sharks exist worldwide. The recent sighting near San Diego may be the first-ever video of two megamouths swimming together.