The wolverine is one of the rarest predators in the Lower 48. Utah officials hope to gather vital information from the collared animal to guide the species' management going forward 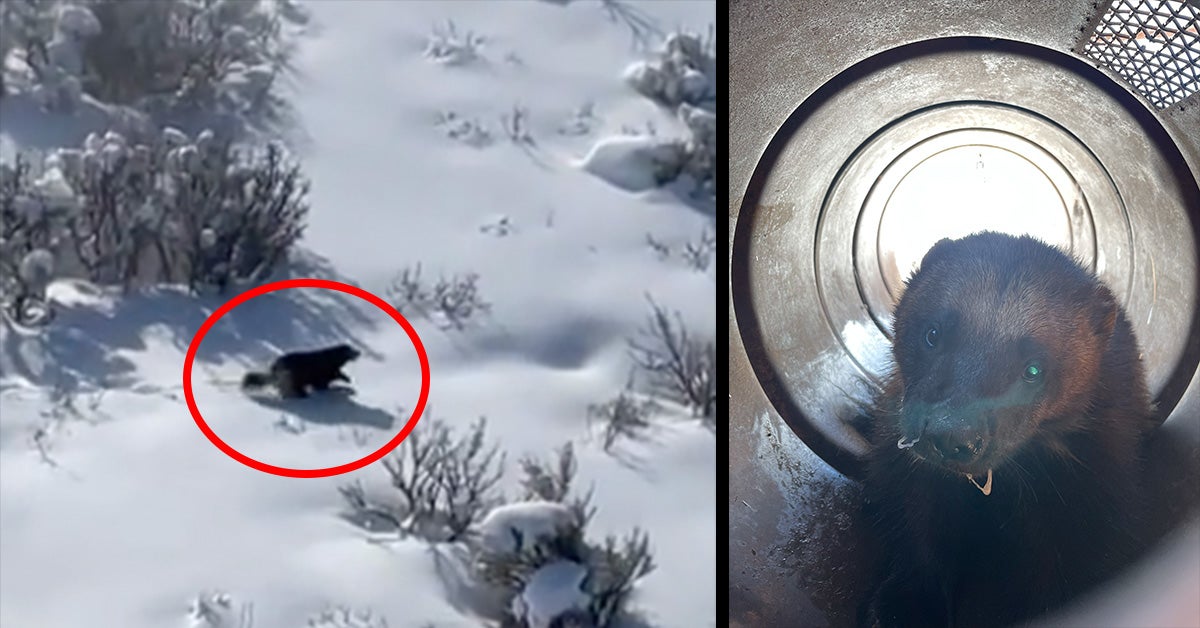 There’s a collared wolverine roaming the Uinta Mountains of northeast Utah for the first time ever. The collaring effort of the elusive predator began on the morning of March 10 in Rich County, Utah, when personnel from the United States Department of Agriculture (USDA) performing flyover livestock-protection surveys noticed an animal feeding on a dead sheep. Though the team usually euthanizes animals preying on livestock, they were able to confirm the animal was a wolverine and immediately contacted the Utah Department of Wildlife Resources (DWR) instead.

Since 1979, there have only been eight confirmed sightings of wolverines in Utah, where the animals once lived before they were wiped out by fur trappers in the early 1900s. Today, 25 to 300 individuals are estimated to live in the Continental U.S., according to the National Wildlife Federation. Though relatively small, wolverines are particularly lethal hunters. The animal spotted in Utah had killed or wounded 18 sheep in the area.

Officials used remains of some of those deceased sheep to capture the wolverine. They placed one hindquarter in each of two barrel traps and hoped for the best. “There was so much activity in the area that morning, I thought the wolverine would be long gone, and we wouldn’t be able to catch it,” DWR Northern Region Wildlife Manager Jim Christensen said in a statement. But the next day, a sheepherder visiting the area noticed the door on one of the traps was closed. Inside it was the first wolverine ever captured by biologists in the state of Utah.

Scientists sedated and inspected the rare critter. The wolverine was determined to be between three and four years old and weighed 28 pounds. “The animal had good, sharp teeth,” Christensen said. “It was in really good condition.”

After it was collared, the wolverine was transported to the North Slope of the Uinta Mountains and released on public land. According to Christensen, the chance to track the wolverine is “an exciting wildlife research opportunity.” GPS data provided by the animal’s collar will tell biologists when and where the animal travels, what habitat it prefers at different times of the year, and the size of its home range.

“Having a collar on this wolverine will teach us things about wolverines in Utah that would be impossible to learn any other way,” Christensen said. This information will be vital in managing the species in the Beehive State, which is considered the southern tip of its current range in the United States. “Four different wolverine sightings were confirmed in Utah in 2021,” added Christensen. “Were we seeing the same animal or different animals last year? Having a collar on this animal will help us solve that riddle.”