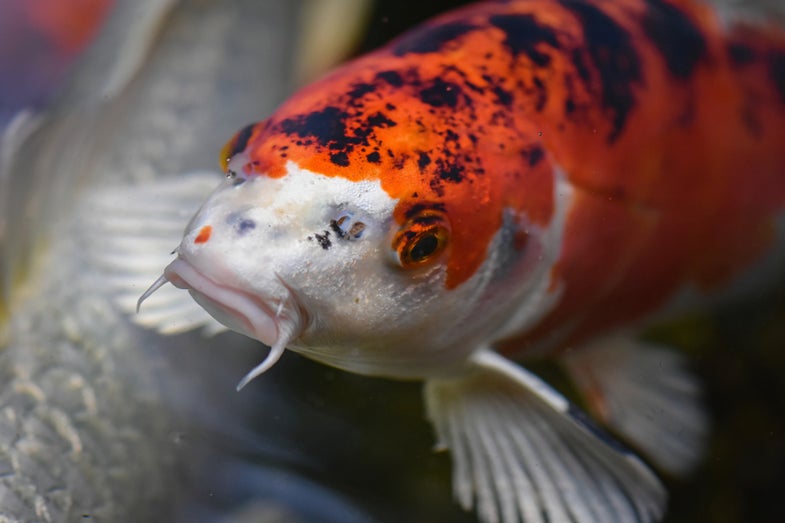 A 16-pound koi has been caught in a Utah lake.
SHARE

A Utah fisherman recently landed a large fish from a small pond—but it turns out that the fish was an invasive species. Jeremy Haws has fished Utah’s Highland Glenn Pond, a community recreational area, every week for more than 40 years, and he’s caught all sorts of species in the three-acre pond. The state regularly stocks rainbow trout, which Haws has caught. He’s also landed largemouth bass, bluegill, and channel catfish there as well. But this time the bend in his rod came from a koi, a colorful ornamental fish that is not native to the state.

Haws told KSL TV the “biggest largemouth bass I caught was maybe five pounds,” and based on the fight with the koi, he assumed he hooked a much larger fish. “It was a shock when I hooked into it, just by how much it bent the pole,” Haws said. “It pulled my drag and it kept pulling and pulling and pulling. I’d reel it in and it just kept pulling and I was like, man, this thing is huge! Like, what could possibly be in here that’s that big?”

It turns out his fish was a koi that weighed 16.9 pounds, more than three times the size of Haws’ biggest bass. While the fight was significant, Haws was concerned. “I don’t know what putting koi in here is going to affect, but usually there’s unintended consequences with putting fish that don’t belong in a pond in a pond,” he said. “Hopefully it doesn’t have a negative effect.”

Utah’s Division of Wildlife Resources (DWR), confirmed that koi are an invasive species. Ornamental fish usually end up in the wild when an owner illegally releases their pet fish.