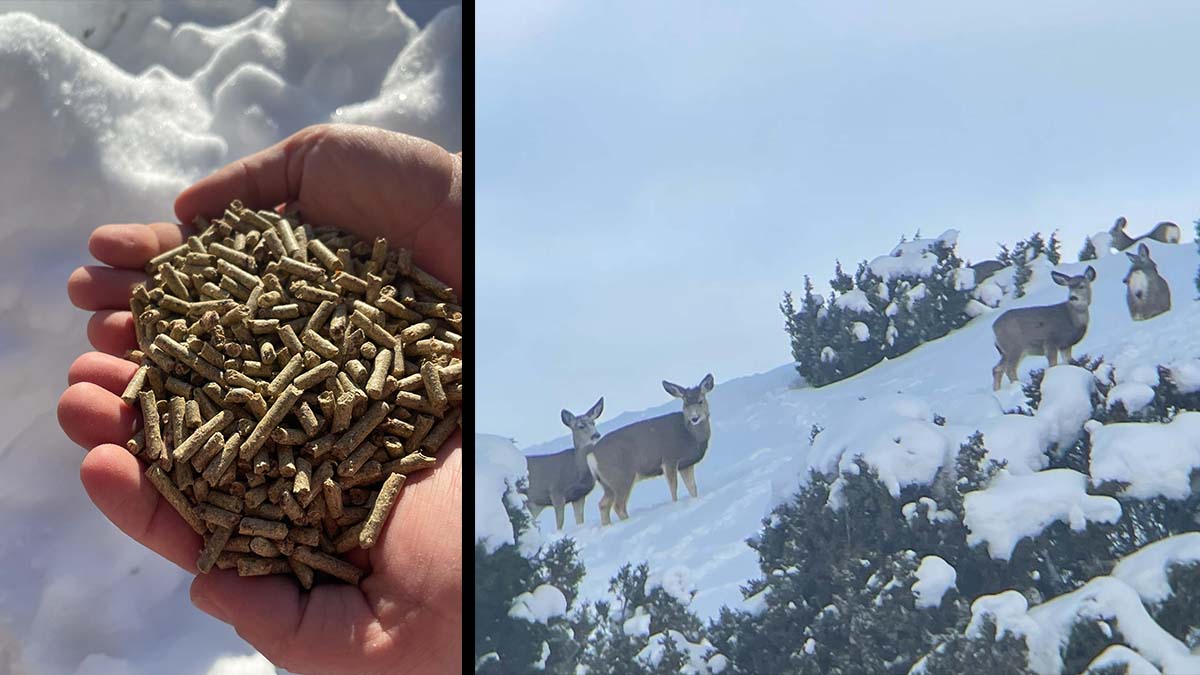 The Utah Division of Wildlife Resources (DWR) is taking drastic measures to prevent a severe winter die-off of mule deer. According to a press release provided to Field & Stream, the agency instituted emergency deer feeding protocols in parts of northern Utah on January 20. The Utah DWR is feeding deer at 11 locations in Rich County and will also distribute feed at one location in Summit County.

“In the areas where we’re feeding, the vegetation that deer eat in the winter is completely covered by snow,” said Utah DWR Northern Region Wildlife Manager Jim Christensen. The agency also says that recent health assessments show below-average body fat conditions for deer in the area.

Utah DWR biologists are using a specially formulated pellet to feed the deer. They say that other products such as alfalfa and grass hay will not be used. “Deer will eat hay, but if that is their only source of feed during the winter they can have a very difficult time digesting it,” Christensen said. “We often find dead deer with stomachs filled with hay. We appreciate people wanting to help the deer, but we strongly discourage people from feeding hay or other things to deer.”

This is the first time the Utah DWR has implemented its emergency deer feeding program since 2017. The agency will not feed deer in areas where CWD has been detected, because attracting deer to feed locations could facilitate the spread of the disease.

In addition to feeding deer, the Utah DWR is also emphasizing the importance of giving deer plenty of space to reduce any extra stress for them. To make sure this happens, game wardens are doing extra patrols in areas where deer are known to congregate during the winter.

Read Next: Population Explosion of Canadian “Super Pigs” Could Spread Into the Northern U.S.

“Mule deer have evolved with harsh weather, and a few deer dying in years with severe weather is expected,” said Utah DWR Big Game Coordinator Dax Mangus. “However, there are times and areas when winter weather is so severe that it becomes necessary to implement emergency feeding to protect adult does, which are the reproductive segment of the deer population. Even with emergency feeding, we still anticipate the loss of some fawns and sick or old animals.”