A group of six alleged poachers are accused of conspiring with a license vendor to illegally take dozens of deer, several bears, and a mountain lion 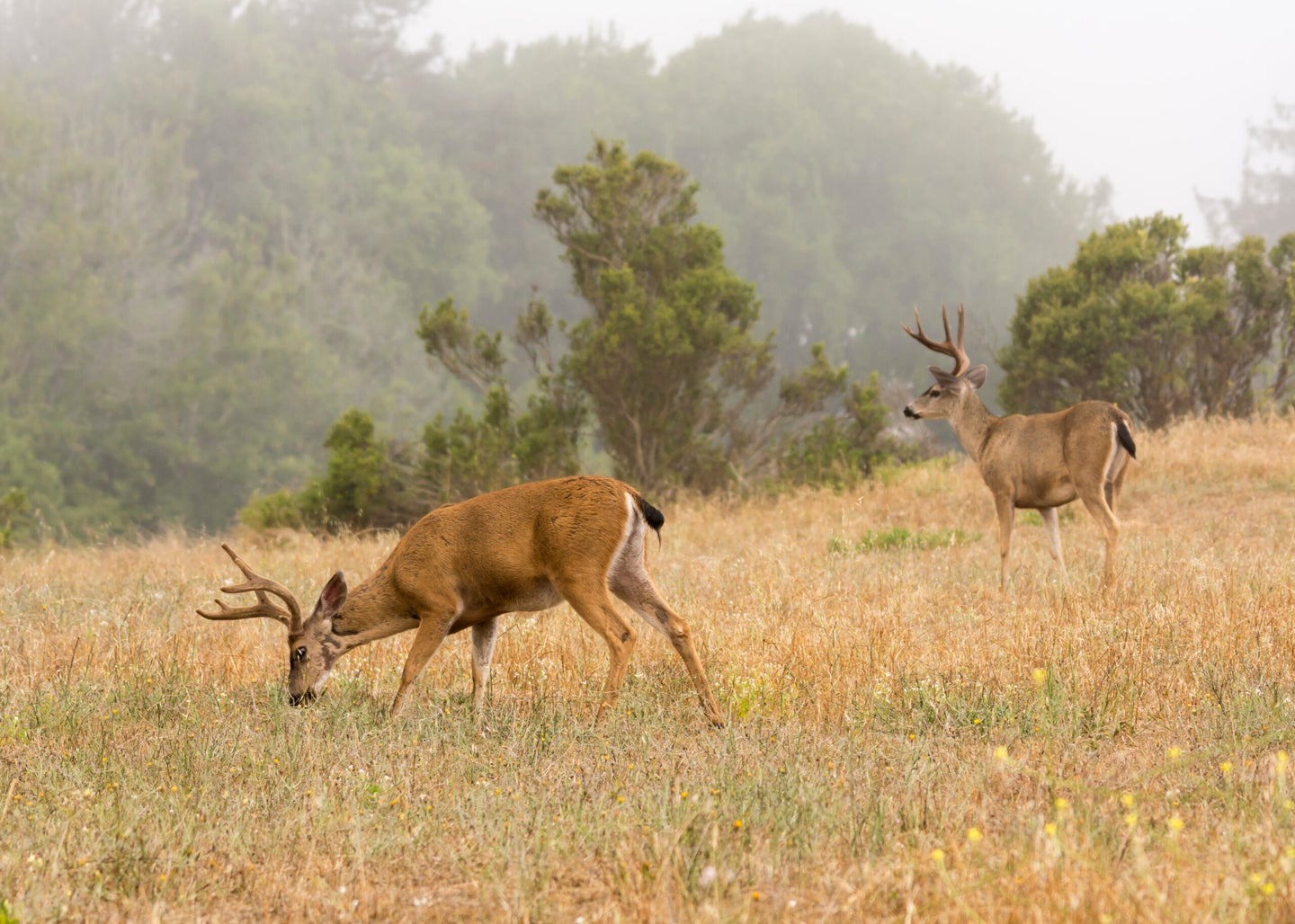 A poaching ring that allegedly operated with the help of a hunting license vendor has been shut down by California Fish and Wildlife officials. The operation allegedly used forged hunting tags to illegally take dozens of big game animals over a three-year period.

The accused include Juventino Reyes Guerrera, who operated a Fish and Wildlife licensing desk, and six members of a poaching group that calls itself the “E-Bike Crew.”  The seven men were charged with 21 counts of conspiracy, fraud, and other crimes in Ventura County Superior Court this week.

“California Department of Fish & Wildlife (CDFW) investigated the ‘E-Bike Crew,’ discovering that they worked with Lizette’s Market in Piru to fraudulently reprint hunting licenses and tags,” Ventura County District Attorney Erik Nasarenko announced in a press release. “The six-member wildlife trafficking organization is accused of conspiring with Lizette’s Market beginning in June 2019 through October 2021, allegedly producing the false and fake tags to hunt and take more deer, pigs, and bears than legally allowed by state law.”

According to KTLA TV, Reyes Guerrera is alleged to have printed multiple copies of hunting tags purchased by the men, blaming the reprints on poor print quality. Rather than destroy the duplicate tags, he reportedly gave them to the poachers. Reprinted tags are tracked through the state’s Automated License Data System. According to KTLA, the licensing terminal at Lizette’s produced more reprints than any license dealer in the state.

A CDFW game warden patrolling the Los Padres National Forest in northern Ventura County first noticed the group, who were riding electric bicycles while hunting. One of the men identified the group as the “E-Bike Crew from Oxnard,” according to KTLA. The warden received several complaints and tips about the group over the next year, including reports of them harvesting animals from local wildlife sanctuaries and other locations where hunting is prohibited. They were caught on camera hunting in the Sespe Condor Sanctuary, a nesting area for the endangered California Condor that is closed to the public. A CDFW officer who contacted members of the group also discovered that some of their hunting tags were only partially filled out, in direct violation of CDFW regulations.

Search warrants issued in December 2021 enabled officials to discover dozens of mounted trophies, antlers, and skulls, as well as game meat, thought to have been illegally harvested. Among the seized evidence was the skull of a mountain lion, which one of the men allegedly claimed was a bobcat. Mountain lions are classified as a “specially protected mammal” in California, and possession of any part of the animal is prohibited. Mountain lion hunting has been banned in the state since 1990.

Wildlife officials don’t know precisely how many illegal kills the group was responsible for, but 64 tags were found to be reprinted and 120 tags were never reported. A summary finding of the investigation alleges that dozens of deer and several bears were poached. In interviews with investigators, some of the men reportedly admitted to illegal acts, including bartering animal parts and game meat.

Read Next: Pennsylvania Poacher Found with Remains of 37 Bucks on His Property

“With the reprint scheme enacted, the wildlife trafficking organization was allowed to go into the surrounding wilderness areas in and around Ventura County and provided the means to illegally kill any game animal at any given time with a safeguard in place in the event the group was confronted by law enforcement,” the arrest warrant states. “The execution of this scheme has resulted in a significant loss to wildlife resources within the county, the deprivation of lawful hunting opportunity for law-abiding citizens, and the illegal commercialization of native wildlife for personal gain or profit.”