Which venomous serpent will come out on top? 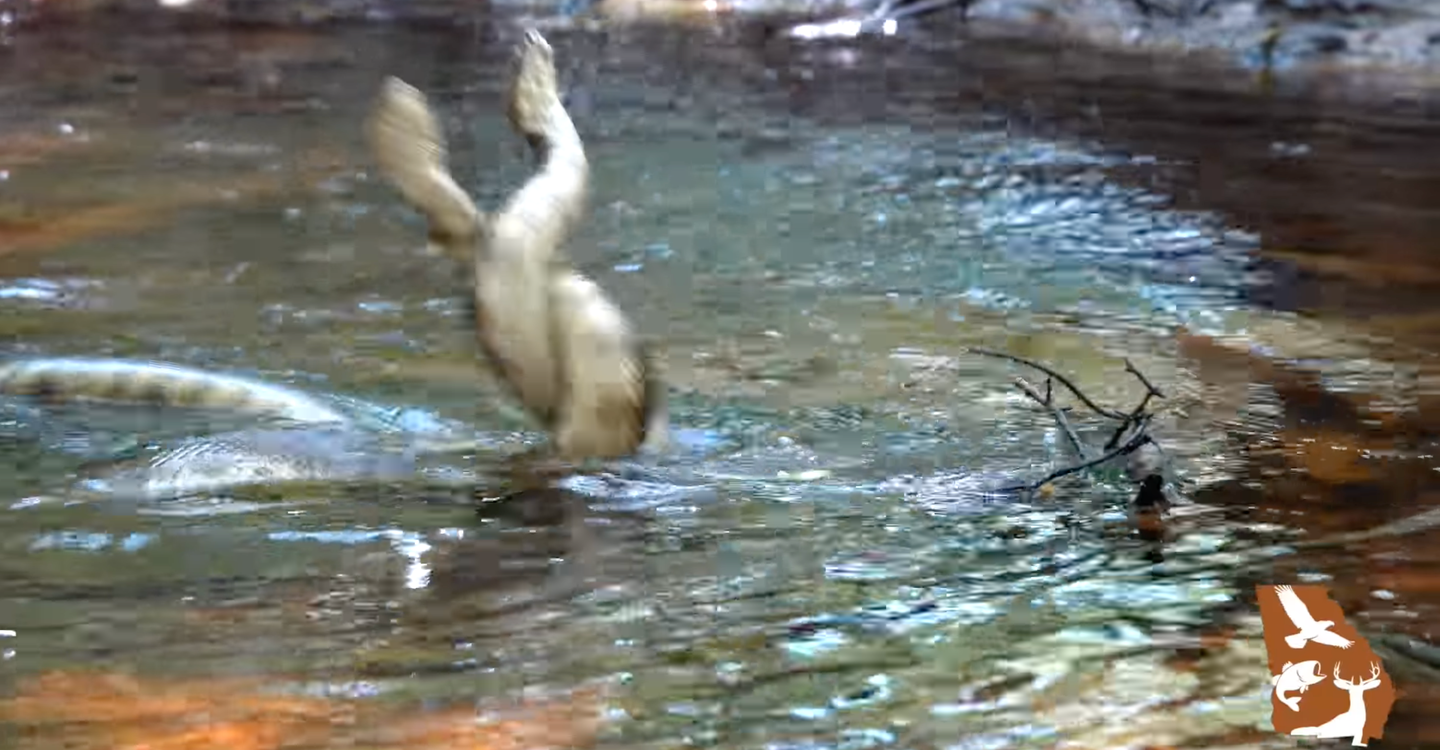 A Georgia Department of Natural Resources (GDNR) employee recently came across two venomous cottonmouth snakes—also known as water moccasins—engaged in intense combat. Wildlife technician Matthew Moore decided to make the most of the fascinating encounter. He found a safe perch in a nearby cypress tree and pulled out his phone. He was able to capture the epic battle on a video, which was then posted on the GDNR Wildlife Resources Division Facebook page.

“These male northern cottonmouths are engaged in a wrestling match to establish dominance and the right to mate with females in the area,” explains the GDNR in the post. “Although these snakes are venomous, they don’t bite each other while engaged in combat. Instead, they vigorously entwine around each other and try to physically outmatch the other by pushing their opponent down. The larger snake usually comes out victorious, chasing the loser out of the arena.”

The video depicts the snakes fighting while swimming in a small creek. The snakes entwine with each other and use their long bodies to throw each other into the water, much like WWE wrestlers. Eventually, one snake turns and flees downstream. Cottonmouths are semi-aquatic serpents. One bite from a cottonmouth can prove devastating to humans. The hemotoxin in the snake’s venom leads to hemorrhaging throughout the circulatory system, which can cause internal bleeding, permanent tissue and muscle damage, loss of extremities, and even, death.

“Friendly reminder: Cottonmouths should be respected when encountered in the wild,” writes the GDNR, while also noting that cottonmouth attacks are exceedingly rare. “Despite what you may have heard, these snakes are NOT aggressive towards people.”

“In literally hundreds of encounters with cottonmouths in the wild, I have never had one try to chase or bite me,” added GDNR wildlife technician Matthew Moore, who recorded the cottonmouth snake battle.