2022 U.S. State of The Birds Report Has One Bright Spot—Waterfowl

The report underscores the benefits of wetland conservation as waterbird and duck populations rose since 1970, while all other types of birds declined 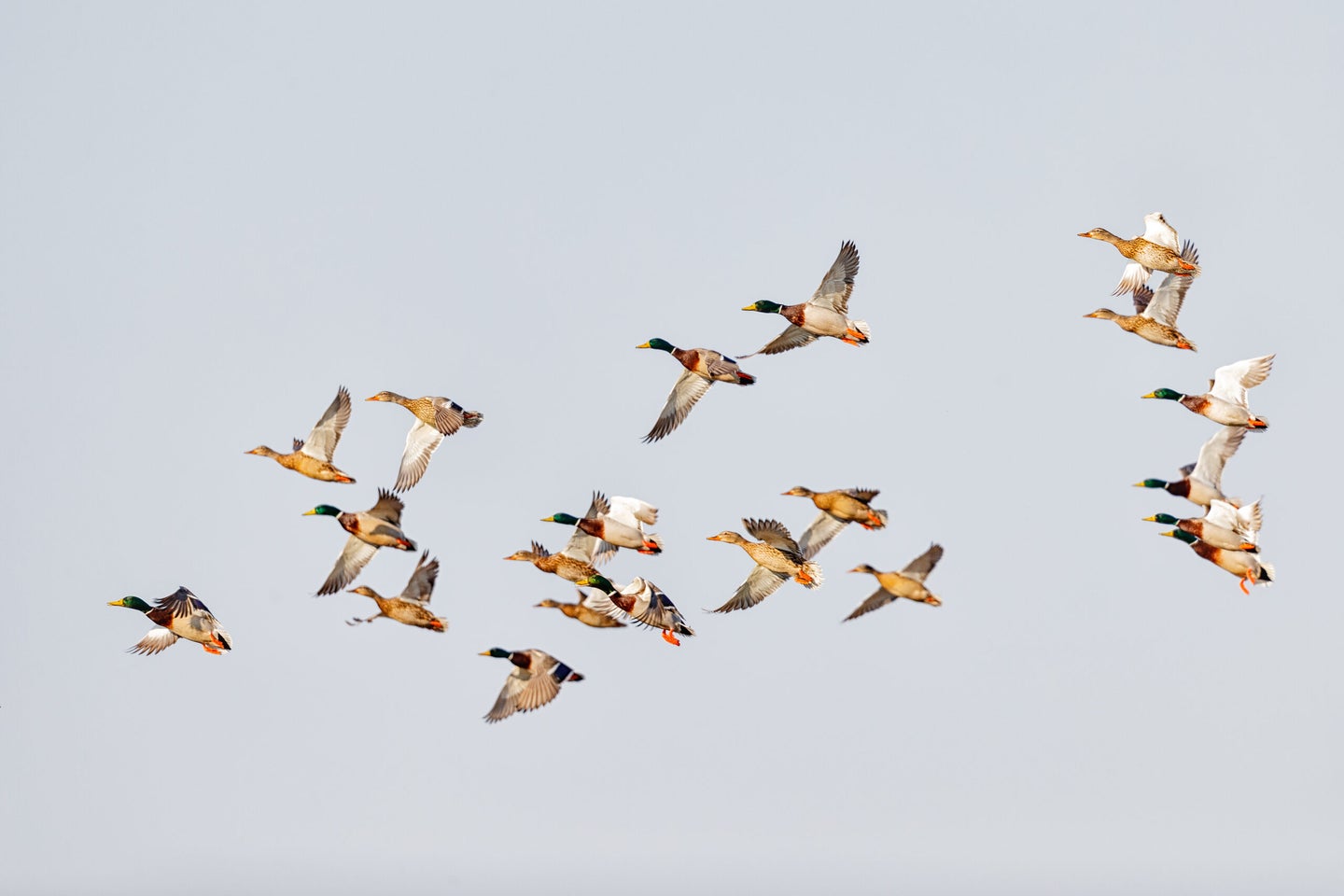 Duck populations showed the largest population increase out of all types of birds. Todd Ryburn Photography via Getty images
SHARE

Wetland conservation is paying off big time according to a new study. The 2022 U.S. State of the Birds Report is a joint research project that was undertaken by 33 science and conservation organizations and wildlife management agencies. It’s the first comprehensive look at the nation’s bird populations since 2019. Researchers looked at long-term population trends of different types of bird species since the 1970s.

Waterbird populations rose 18 percent since 1970 while dabbling and diving duck populations rose 34 percent—the largest increase of any type of bird. In fact, freshwater waterfowl was the lone bright spot in the study, with all other types of birds showing declines. Sea ducks dropped 33 percent. Forest birds in the east and west both declined. Grassland birds dropped 34 percent, and “tipping point,” or threatened, species plummeted by a whopping 67 percent.

“While a majority of bird species are declining, many waterbird populations remain healthy, thanks to decades of collaborative investments from hunters, landowners, state and federal agencies, and corporations,” said Dr. Karen Waldrop, chief conservation officer for Ducks Unlimited. “This is good news not only for birds, but for the thousands of other species that rely on wetlands, and the communities that benefit from groundwater recharge, carbon sequestration, and flood protection.”

“The North American Waterfowl Management Plan, Federal Duck Stamp Program, grants from the North American Wetlands Conservation Act, and regional Joint Ventures partnerships are all part of a framework that has a proven track record with restoring and protecting wetland-dependent species,” added Martha Williams, director of the U.S. Fish and Wildlife Service (USFWS). “Now we want to use that precedent to work with our partners to restore bird populations, conserve habitat, and build a foundation for how we respond to the loss of other bird groups.”

The report emphasizes the need to proactively protect habitats for other types of birds to prevent further declines—and to scale up conservation efforts across the board. The report used five sources of data to track populations, including the United States Geological Survey’s North American Breeding Bird Survey and the Audubon Society’s Christmas Bird Count, which relies on volunteer bird watchers and hunters to tally the birds they see from December 14 through January 5 each year.