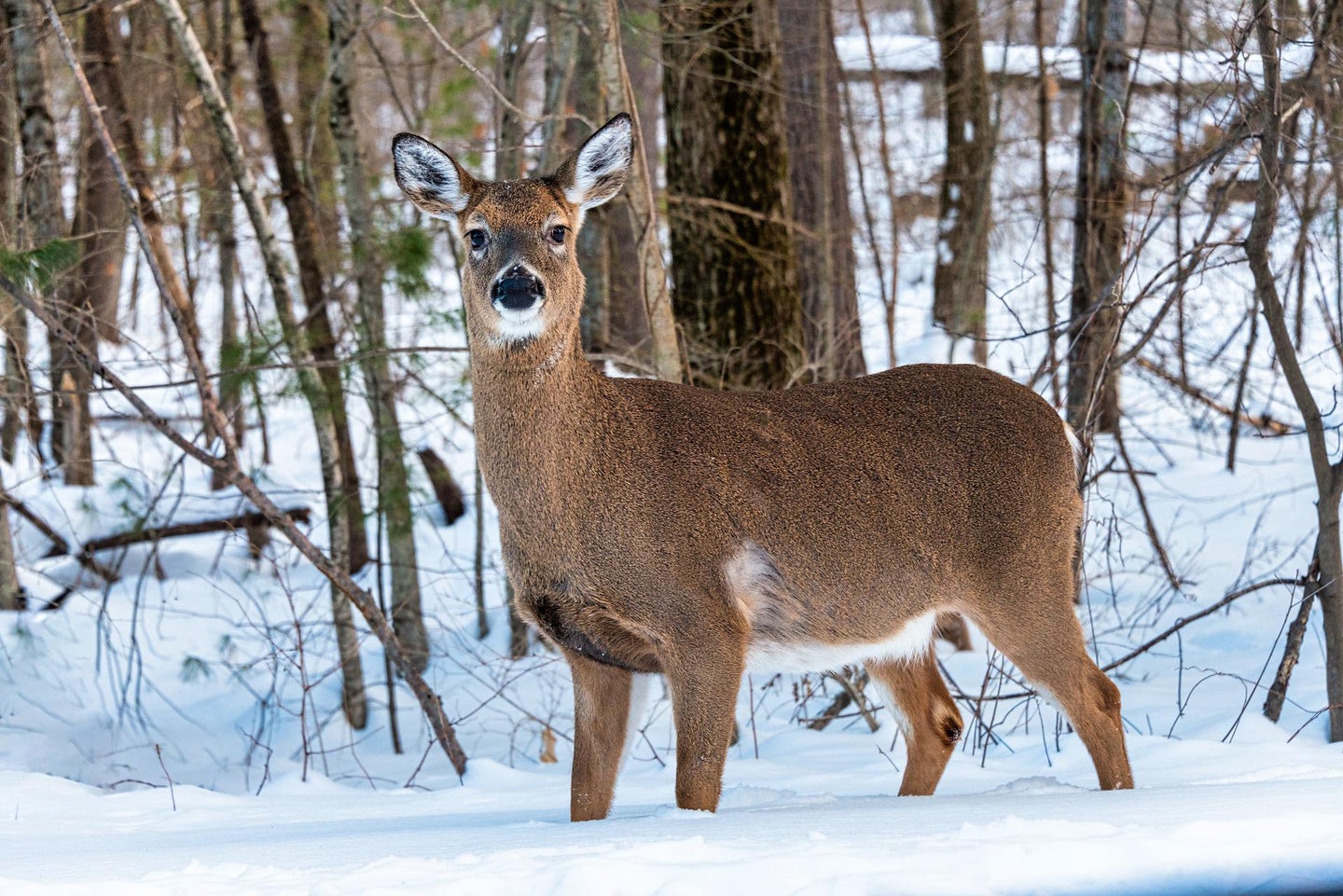 The Minnesota Department of Natural Resources has been collecting and testing the spleens of hunter-harvested deer since 2019. Pixabay
SHARE

In a 2019 Minnesota Department of Natural Resources (MDNR) Ungulate Research study, scientists found insecticides in 61 percent of whitetail deer spleens examined. That percentage has risen to 94 in a recently published continuation of the study based on collections made in 2021.

The insecticides that the MDNR is testing the state’s whitetail deer for are called neonicotinoids or neonics for short. They’re used widely in agriculture, but they’re also present in about 500 registered household products, one of the study’s authors, MDNR scientist Eric Michel, tells Field & Stream. While neonics are designed to target certain receptor sites in insect brains, recent research shows that the chemical is having an impact on non-target species as well. “That’s kind of where we come in,” Michel says. “We’re looking at whitetail deer specifically, but other game birds and non-game birds have been shown to have impacts from neonics.”

The MDNR has asked hunters across the North Star State to extract and submit the spleens of the deer they harvest since 2019, and during the first year of the program, the MDNR tested 799 spleens. In the more recent 2021 survey, researchers collected 496 samples.

The 2021 results came only from the southwestern part of Minnesota where farmlands transition into forest, but Michel says that the issue of neonics in deer spleens is not exclusive to agricultural parts of the state. “We are finding deer that were harvested in far northeastern Minnesota that have neonic concentrations in their spleens,” he says. “We’re talking about like up towards the Boundary Waters area, an area that’s very remote. What we’re wondering is, how is it getting there? How are these deer being exposed?”

The 2021 results reported a significant increase in the average level of neonics in the deer spleens examined. Using a risk threshold established in a 2019 South Dakota captive deer study, the authors determined that 64 percent of samples met or exceeded the threshold in last year’s round.

Neonics are applied through seed treatment, in foliar sprays, in granular distribution, and through injection into trees. By 2008, according to the Minnesota Department of Agriculture, “neonicotinoids accounted for 80 percent of the seed treatments, and 24 percent of all insecticide use globally. In North America, of the 133 million acres of corn, soybean, wheat, cotton, and sorghum treated with insecticides, over 98 percent were treated with neonicotinoids.” Meanwhile, a 2020 University of Minnesota study found the presence of neonics widespread in Minnesota surface water.

Michell, who also worked on the South Dakota study, hopes that further research will unearth the source of neonic exposure for deer living in areas that are far removed from agricultural lands. “The Boundary Waters are very remote,” he says. “Going back to that South Dakota study, we had some samples coming from the Badlands, and they had evidence of neonic exposure. It’s not just related to agriculture. There’s something bigger going on here.”

When it comes to eating deer that may have been exposed to neonics in one way or another, Michell says hunters shouldn’t be alarmed. “We’re not worried about human consumption of venison with regards to neonic prevalence or exposure,” he says. “We’re conducting this study purely from a deer herd health standpoint.”

The MDNR will continue sampling this fall, but only in two hunting permit areas. Michel also hopes to collect more samples at different times during the year to better understand how seasonal neonic exposure may impact deer.