That's right, birds. While perching on power lines, they can become electrocuted, burst into flames, and set wildlands ablaze 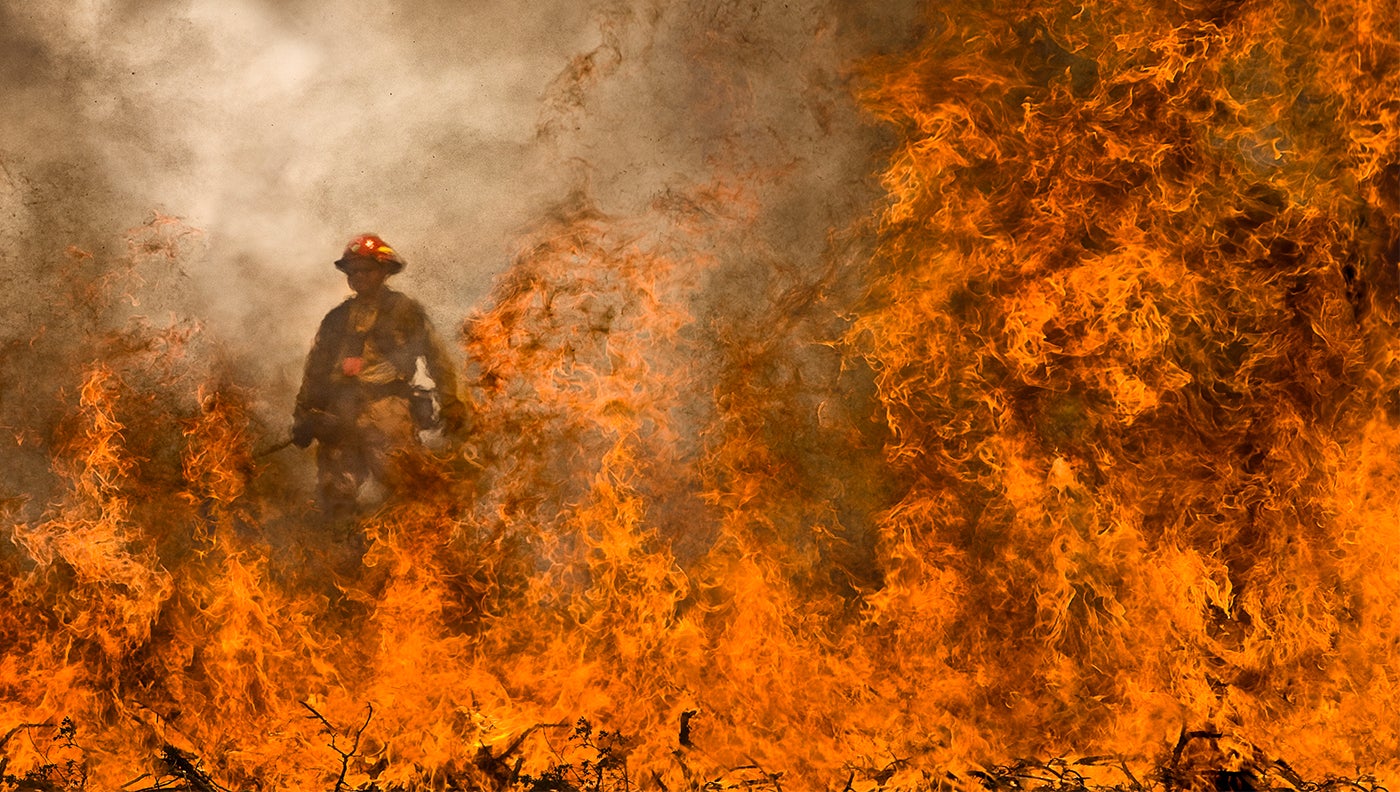 As another wildfire season burns around the world, researchers have zeroed in on an unlikely cause of some blazes: birds. According to a recent study, when a bird perched on a power line manages to electrocute itself, it can burst into flame, then fall into dry grass and start a fire—and it happens with surprising frequency.

Human’s cause the majority of wildfires, and lots of blazes start the natural way, with a lightning strike. Electrocuted birds are not a major source, but it seems safe to say that they cause many more wildfires than almost anyone would guess. During the four-year period that researchers studied, birds were identified as the cause of 44 fires.

Taylor Barnes, a biologist for EDM International, a Fort Collins, Colorado company specializing in environmental engineering for utilities, collected and analyzed the causes of wildfires across the United States from 2014 to 2018. Barnes used Google Alerts to identify fires that may have been bird-caused, pairing keywords and editing out any not related to the electrical grid. “Pontiac Firebird came up a lot,” Barnes told the journal Science.

But once the extraneous hits were filtered out, the search led him to 44 fires caused by birds. Barnes and his colleagues only counted fires that were identified as bird-caused by a fire-fighter or investigator, or fires in which a burned bird carcass was found at the scene of ignition. While most of the fires were small blazes, burning about 1.2 hectares, which is a bit bigger than two football fields.

While birds can sit safely on wires, and do all the time, if they inadvertently touch two wires at once, they risk electrocution and possible combustion. Eagles, hawks, and other birds of prey with wide wingspans that might touch two wires at the same time are especially likely to cause a fire.

The densest cluster of bird-caused fires was located in a stretch between southern Oregon to northern Mexico, between the Sierra Nevadas and the Pacific. That region has mild, wet winters, dry summers, and frequent droughts. Vegetation grows throughout the winter, then dries in the summer providing plenty of fuel during fire season.

Antoni Margalida, a conservation biologist at the Pyrenean Institute of Ecology, did not participate in the EDM research but does study the impacts of wildfires caused by birds and other fauna in Spain. Spain, like the western United States, has a climate conducive to bird-caused fires. Magalida recommends that in such regions around the world, utilities can take measures such as insulating all electrical wires, installing spikes to prevent birds from perching, and enclosing transformers. Magalida believes the expense would be well justified. Speaking to Science, she said “Compared to the potential financial costs of litigation, and loss of human life, loss of infrastructure, they are minor costs.”