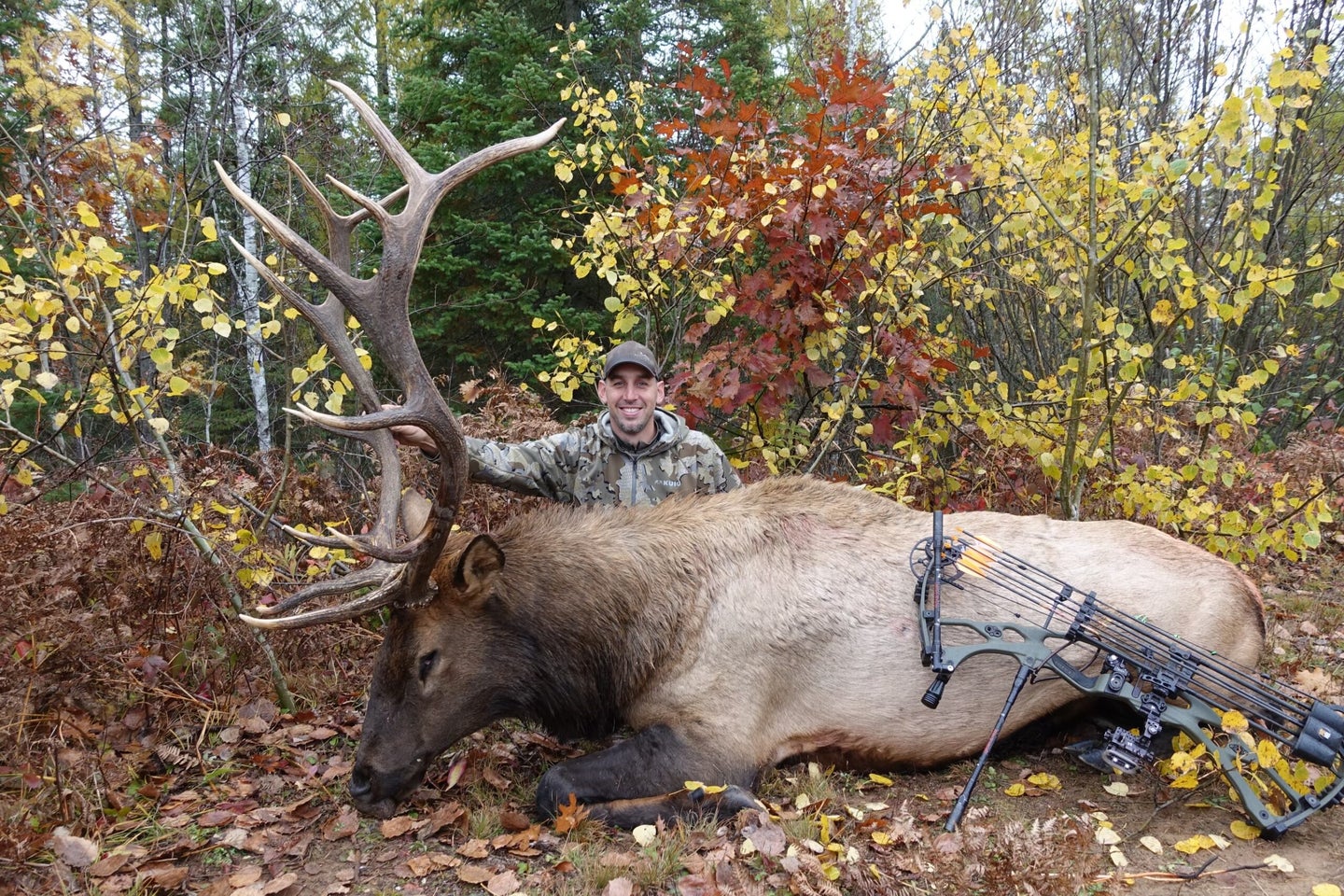 A Wisconsin hunter working on an archery Super Slam has taken the state’s first bow-killed elk in at least 140 years. Dan Evenson, of Cambridge, shot the 6-by-7 bull on October 15 in the Clam Lake area after drawing one of only three elk tags awarded in a state lottery that attracted more than 25,000 applications.

An experienced bowhunter who has tagged more than 50 trophy-book big game animals, Evenson has now successfully hunted 25 of the 29 big game species that make up the Pope and Young Club’s Super Slam. In fact, he told the Milwaukee Journal Sentinel he’s never shot an animal with a rifle. He learned that he’d drawn the long-odds elk tag while bear hunting in Alaska.

Rocky Mountain Elk once thrived in Wisconsin but disappeared by the 1880s due to unregulated hunting and habitat loss. The Wisconsin Department of Natural Resources began a restoration effort in 1995, releasing 25 Michigan elk in the Chequamegon-Nicolet National Forest near Clam Lake in Ashland County. A second phase of the project transplanted 31 Kentucky elk in the Flambeau River State Forest in Sawyer County in 2017 and another 48 Kentucky elk in the same area in 2019. The state began allowing an annual bull-only elk hunt in 2018, with 14 bulls harvested in the first three seasons. Until this year, all the successful harvests were taken with rifles, though participants may use archery gear if they prefer.

Evenson started scouting for his once-in-a-lifetime hunt in late summer, making several trips to the Clam Lake area to gather information on the herd. He also continued his usual practice routine with his 8-pin compound bow. Though he regularly shoots targets out to 100 yards, he says most of his hunting shots over the years have been from 20 to 25 yards. “There’s an ethical limit for shooting an arrow and it’s different for everybody,” Evenson told the Journal Sentinel. “It’s important to learn what that is and stick to it when you’re hunting.”

Read Next: A Spot-and-Stalk Post-Rut Bull Elk in Colorado

With several friends in tow, Evenson arrived in Clam Lake a couple of days before the opener to finish his scouting. On Oct. 13 he located a herd of 30 elk south of Clam Lake, then found the same group the next day about a mile away. On October 15, opening day, he again located the herd in the morning and afternoon. He was able to stalk into range during the afternoon hunt and then wait for the elk to feed past him at 60 yards. His broadside shot on the big bull was true, and he and his friends found the big 6-by-7, which green scored 283 7/8, only 100 yards away.

“To have it all come together was pretty sweet,” Evenson said. “I’m feeling very fortunate, very humbled. What an experience, and right here in Wisconsin.” As of July 2021, the state’s two elk herds were estimated to hold about 445 animals, with a long-term management goal of 1,400.