Animal Taken During New York Coyote Season Turns Out to be a Wolf, Genetic Tests Determine 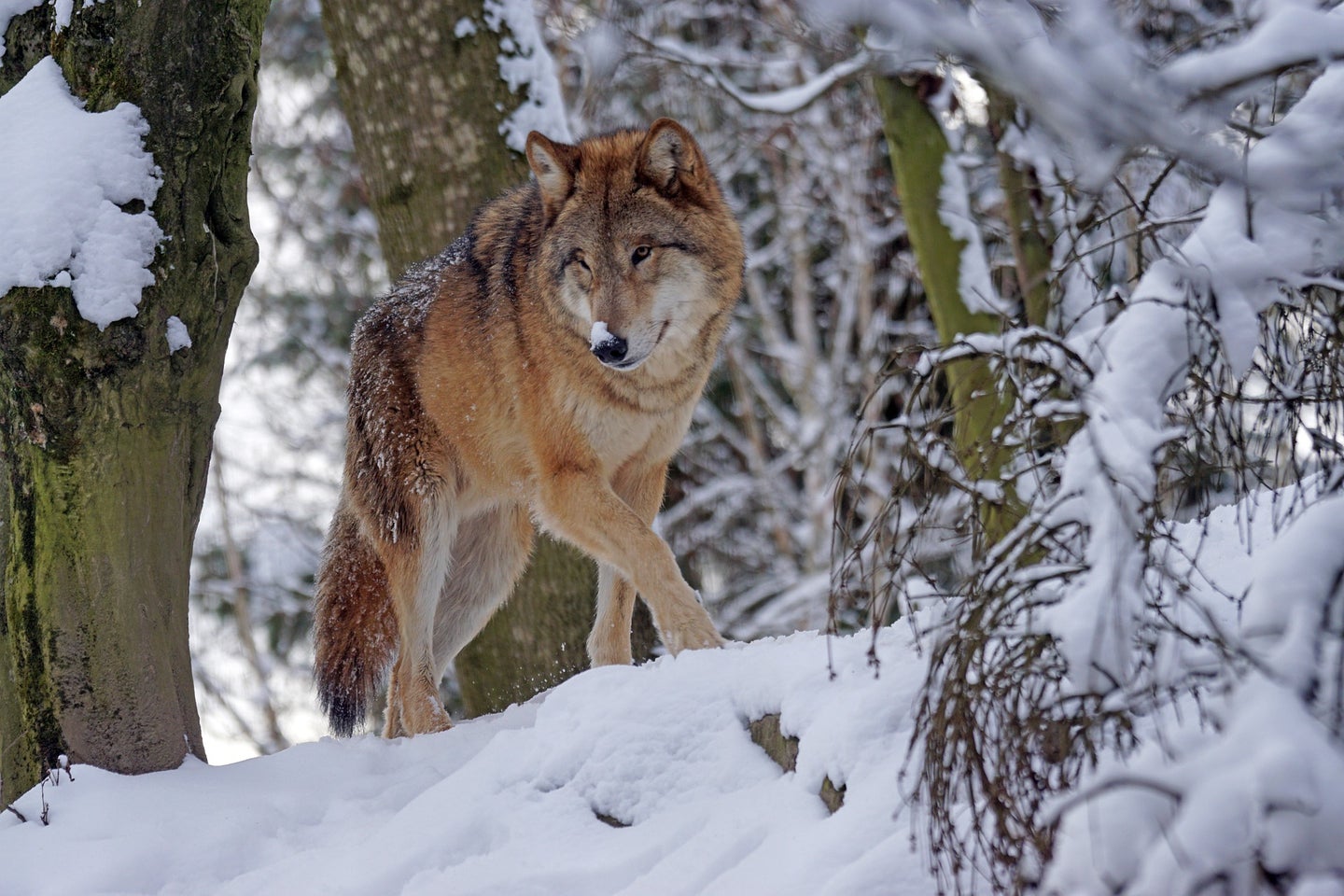 Wolves were extirpated from New York a century ago. Marcel Langthim. Pixabay
SHARE

Last winter, a hunter in Upstate New York tagged what he thought was a giant eastern Coyote. But when he posted images of the large canine on Facebook, commenters began to cry wolf. They said the size and stature of the large animal he’d shot were more indicative of a gray wolf than a smaller eastern coyote—so the hunter voluntarily submitted samples from his harvest to a genetics research lab in Ontario, Canada. Surprisingly, those results showed that the canine he’d shot was actually 98 percent Canis lupus with DNA from three wolf subspecies: Great Lakes, Northwest Territory, and Eastern gray wolf.

When the New York Department of Environmental Conservation (DEC) got wind of those lab results, which were funded by local wolf advocacy groups, it decided to do a genetics test of its own, and their results contradicted the tests conducted at the Canadian lab. “Initial DNA analysis determined the wild canid to be most closely identified as an eastern coyote,” Lori Severino, a spokesperson for the DEC, told WETM back in August. She added that New York’s eastern coyote population is known to exhibit mixed genetics, and that “further testing is being conducted to provide more clarity of the genetic composition of this animal.”

Now the results of a new test are in, and the NYDEC has completely reversed course. In press release issued on September 22, the department said that “the animal taken by a hunter in Cherry Valley, Otsego County, during the 2021 coyote hunting season was a wolf.” The reversal is based on a more recent analysis performed by Dr. Bridgett vonHoldt, Associate Professor of Ecology and Evolutionary Biology at Princeton University. According to the DEC, vonHoldt’s tests indicate the animal is most likely from the Great Lakes population of wolves, but experts aren’t sure if it’s a fully wild wolf or an animal that was raised in captivity. “Captive wolves released into the wild in New York have been documented in the past,” the press release states.

The official confirmation of a wolf living in a region that the species was extirpated from more than a century ago is big news, but it doesn’t necessarily mean that wolf populations are now established in the woods of New York, the department said. “At present, the natural recolonization of wolves in New York is unlikely,” the DEC said. “For a pack of wolves to be established in the state, breeding populations of female wolves would need to return to the state and breed with male wolves which typically roam farther from their packs.”

Read Next: Watch a Pack of Wolves Kill a Bull Elk in Brutally Slow Fashion

Those who speculate that wolves are migrating into New York say that the animals are coming in from Canada during the wintertime via the frozen St. Lawrence River. According to the International Wolf Center, Quebec is home to about 7,000 wolves, while the neighboring province of Ontario harbors more than 9,000. Like other large carnivores, wolves are prone to wander, and the National Park Service says that lone dispersing animals have traveled as far as 500 miles in search of a new home.