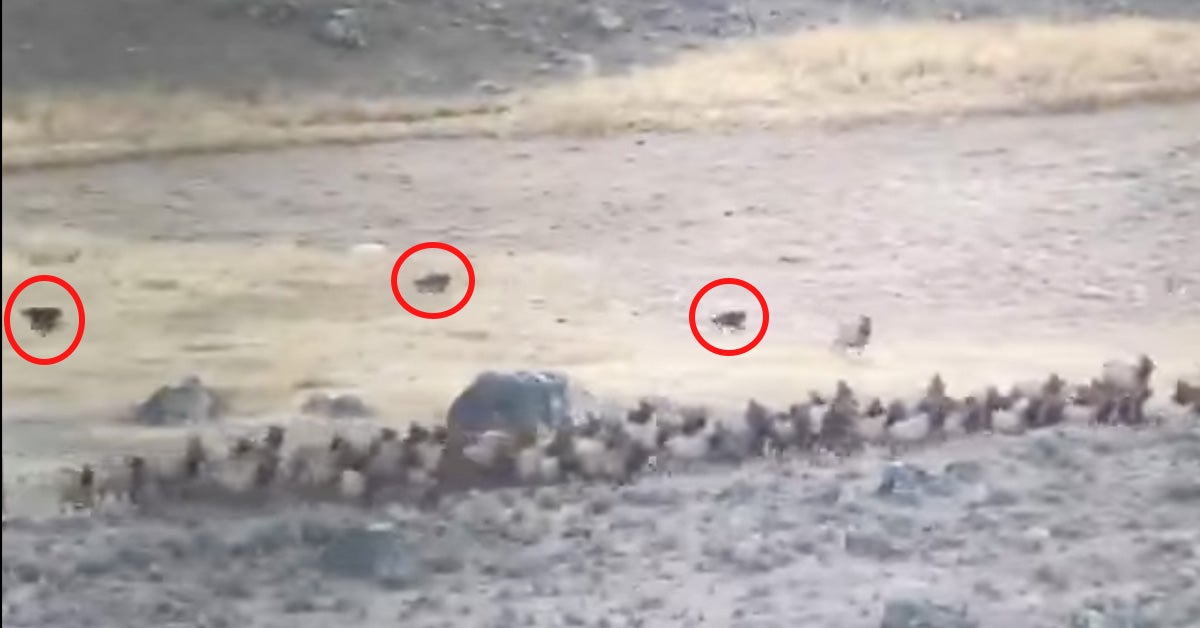 If anyone tells you that wolves aren’t capable big-game hunters, show them this video. Wildlife adventure tourism agency Yellowstone Wolf Tracker posted the footage of Yellowstone National Park’s Junction Butte wolf pack hunting elk. The wolves sprint after a large herd of what looks like at least 50 elk. They chase the herd down a sloping hillside before one wolf separates a cow elk from the protection of the herd. The rest of the pack spots the singled-out elk and converges on it. They seem to make quick work of the elk right as the video ends.

“[It’s] the circle of life,” writes Yellowstone Wolf Tracker in a Facebook post. “At the beginning of December, we were fortunate enough to witness the Junction Butte pack successfully complete a hunt in the Northern Range of Yellowstone. Only 10 percent of the time are wolves successful in their hunts, so to be able to see the entire sequence unfold was incredibly special.”

The video was recorded by Yellowstone Wolf Tracker guide Michael Sypniewski from about a mile away through a spotting scope, according to For The Win Outdoors. The Junction Butte Pack is one of Yellowstone National Park’s most well-known—and largest—wolf packs. In 2019, a video of the Junction Butte Pack surrounding a grizzly bear and trying to push it off of its kill went viral. (The wolves were ultimately unsuccessful).

The Greater Yellowstone Ecosystem is home to approximately 30,000–40,000 elk and over 500 wolves, according to the National Park Service. As of January 2021, approximately 123 wolves and nine wolf packs lived inside of the park itself. Ninety percent of a wolf’s winter diet is composed of elk. In the summer months, the predators typically diversify their diet to include a greater proportion of small mammals and deer.