In this edition of The Rewind, a bear biologist breaks down a 2020 video showing a black bear sniffing and pawing a hiker in Mexico 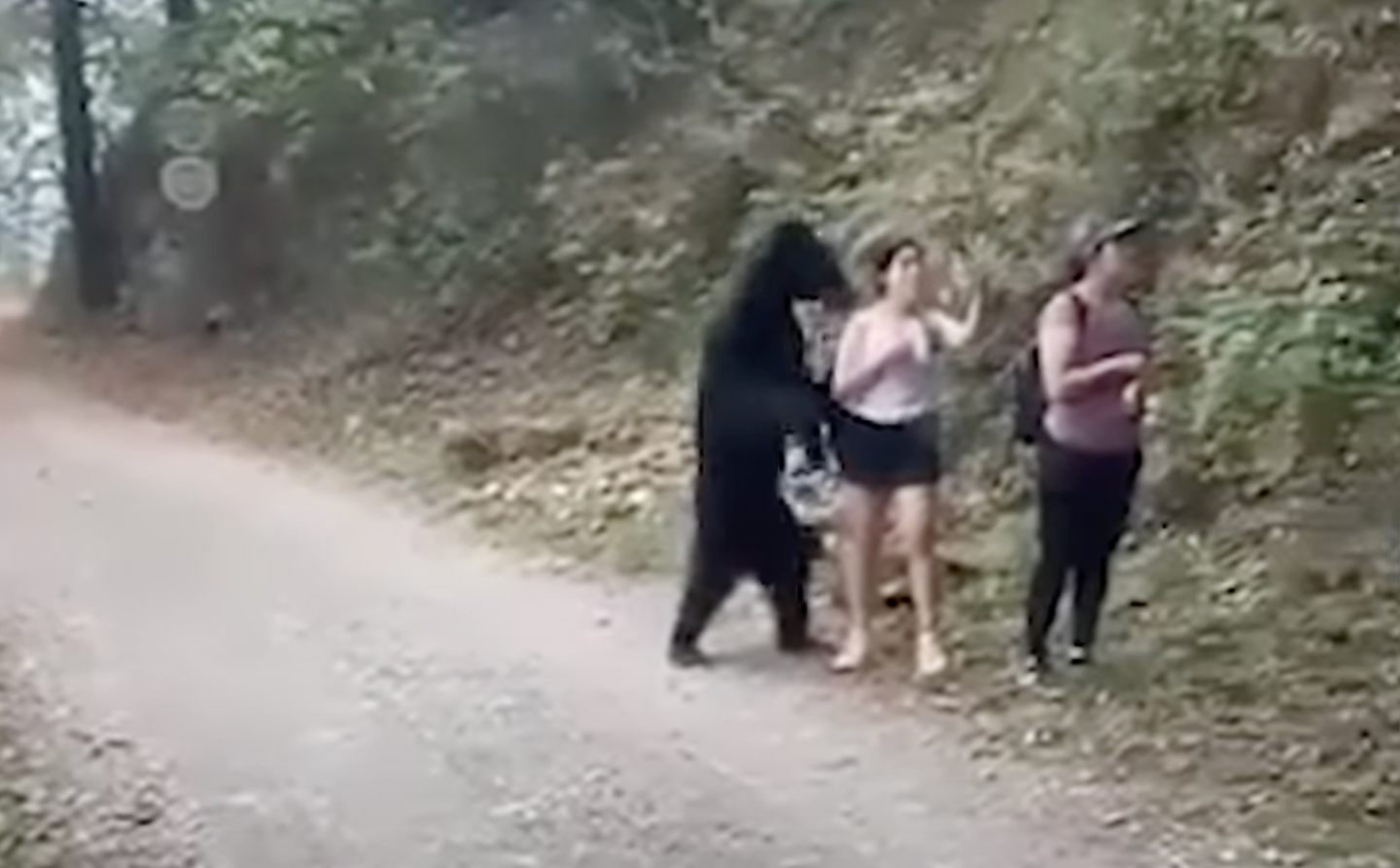 Here’s something you don’t see every day: Two women with a young black bear standing right behind them. And instead of being frightened, one of the women is taking a selfie with the bear. Neither the young lady nor the bear seems upset by the encounter.

This unexpected situation unfolded in a viral video from 2020 that took place at an ecological park in Mexico. We asked one of North America’s most prominent bear experts to break it down. “There is something wrong here,” said Dr. Chris Servheen of Montana, who recently retired after serving 35 years with the U.S. Fish and Wildlife Service (USFWS) as the agency’s first and only Grizzly Bear Recovery Coordinator.

“If you look at that bear, it has a tag in its ear,” Servheen said. “So, it’s a bear that’s been previously captured, and probably because it was getting close to people. It has obviously been fed by people and is searching for more food by walking up to these people.”

Why Has the Bear Lost Its Fear of Humans?

Bears are considered “food conditioned” when they receive food in association with humans, whether they find the food themselves—like pet food or garbage—or receive the food directly from people. “Once a bear gets food from humans, he begins to look for food from other humans,” Servheen said.

A similar but related phenomenon is called “habituation.” “This is the loss of the normal avoidance response of an animal with people,” says Servheen. “Normally, bears and other wildlife avoid people. That’s how they survive and are successful in the wild. But, if an animal starts to lose its fear and avoidance of people, it becomes what we call ‘habituated.’”

Conditioning and habituation don’t always happen simultaneously. For instance, a bear that feeds near or alongside a road and allows drivers to pull up close, and perhaps even stop near it, is habituated to humans, though it might not be in search of food. Or, a bear that remains wary of people and searches for trash at night is food-conditioned and not habituated. But the bear in the viral video is likely both food conditioned and habituated.

“The bear is clearly habituated to people. It is walking right up to them and seeking food,” says Servheen. “He’s fairly aggressive, as evidenced by the way he’s pushing on those people.”

When a bear is both habituated and food conditioned, Servheen says relocation isn’t a viable option. “When you have a bear like this, that’s walking right up to people in broad daylight and pushing them, it has to be destroyed,” he says. “Moving such a bear isn’t going to be successful. And moving bears is difficult anyway because they usually come back.”

Read Next: Watch a Cow Elk Chase Down and Chomps on a Gosling

“The best way to prevent situations like this is to keep human foods away from bears,” he adds. “We spend a lot of time working to keep human food from bears by securing garbage cans, putting up electric fences around dumpsters, and educating the public. Don’t put pet food out on the porch. Don’t put bird feeders out in the summertime because bears love the seeds. All these things attract and corrupt bears, which is where the term a ‘Fed Bear Is A Dead Bear’ comes from.”

As for why the woman in the video unwisely chose to take a selfie inches from the bear instead of moving to safety, Servheen didn’t offer an explanation. The USFWS maintains a bear safety webpage, which offers plenty of advice for staying safe in the event of a bear encounter. The agency advises people to keep a distance of at least 100 yards away from bears.