The action will kill all fish in the lake. Officials say it's necessary to prevent the spread of non-native perch 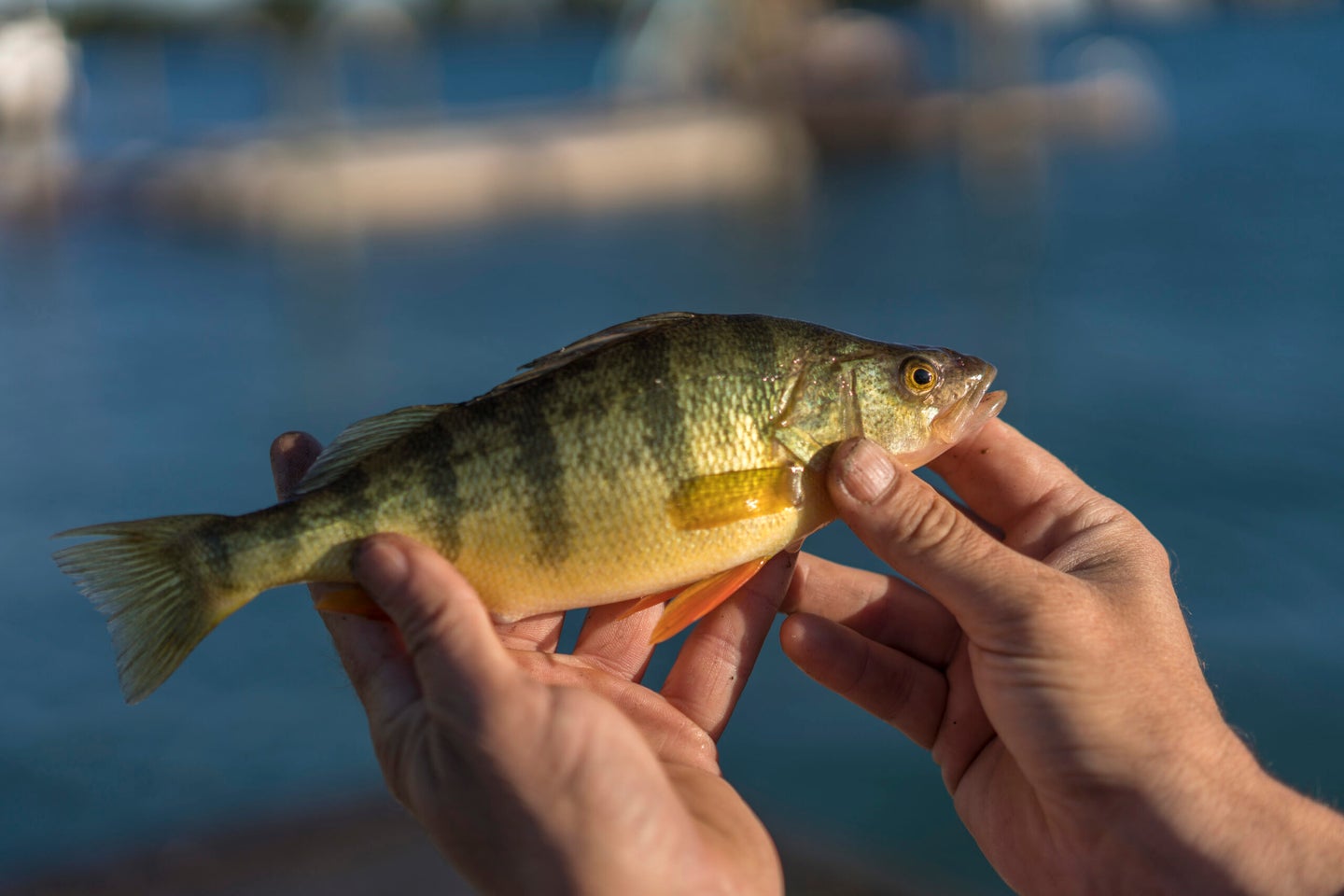 The average length of a yellow perch is 7.5 inches. Cavan Images via Getty Images
SHARE

The Wyoming Game and Fish Department (WGFD) plans to use rotenone on Saratoga Lake, a popular trout fishing destination in southern Wyoming. The wildlife management agency made the decision due to the presence of non-native yellow perch in the lake.

“One of the main reasons we are treating Saratoga Lake is because of the risk of spread [of perch] throughout one of our major river drainages. We can’t take the risk for the good of the entire State of Wyoming, and we need to do all we can to stop the fish from dispersing,” Alan Osterland, WGFD chief of fisheries, said in a press release. Officials are primarily concerned about the perch spreading throughout the North Platte River Drainage, which is home to world-renowned trout fishing. They say that yellow perch could threaten trout and other native fish.

Yellow perch were discovered in Saratoga Lake last summer during routine testing. The WGFD is still investigating how the perch wound up in the waterbody, but Osterland believes it was likely a release by a single individual, perhaps someone attempting to create a perch fishing opportunity close to home.

“We’re having to do all this work to try and protect aquatic resources all the way through that system all because of one person’s selfish act to try and create a fishery they want,” Osterland told the Cowboy State Daily. In September, the WGFD will treat the lake with rotenone, an insecticide, which works by prohibiting oxygen uptake within the cells of gill-breathing organisms. The treatment will kill all fish in the lake, regardless of species. Though lethal to fish, rotenone is not harmful to humans, pets, wildlife, or livestock.

To reduce the waste of perfectly good brown, rainbow, and tiger trout in the fish kill, the WGFD will enact an emergency measure removing creel limits on those species this summer. Meanwhile, the creel limit of 50 yellow perch per day will remain in place, though WGFD is encouraging anglers to keep smaller perch than they might normally choose to take home.

Read Next: Unprecedented Flooding May Be Flushing Sewage into the Famed Yellowstone River

Unfortunately, the rotenone treatment has forced officials to cancel what would have been the 40th annual Saratoga Ice Fishing Derby in 2023. The locally-beloved derby would have been held in late January. At a recent public meeting, WGFD officials said they understood the importance of the lake to the local economy and plan to have it ready for fishing by April 2023 and restocked with trout by next summer. The last time the Saratoga Ice Fishing Derby was canceled was in 1999 when the lake was drained to eliminate a harmful parasite.