The former are expected to shoot ½ MoA and typically do, while the latter rarely meet that very high standard 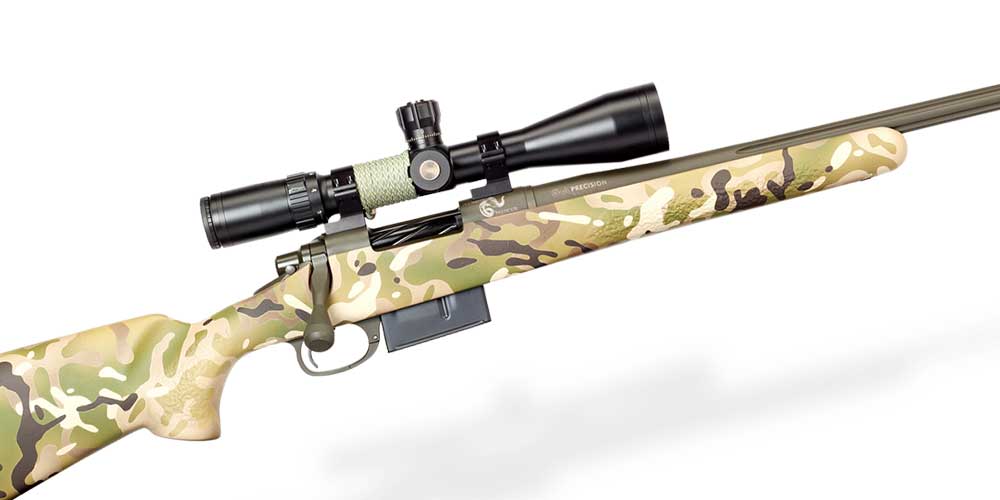 I would not label the first three makers semi-custom. There’s nothing semi about them. My definition of a custom rifle is something that’s built to order, and these guns are. Also, their prices hover around the $4,000 to $5,000 mark, and go upward from there. That’s roughly twice the price of top-line factory rifles, which is around $2,500.

Moreover, we’re talking about two different types of rifles. The first three are hyper-precision guns that are expected to deliver ½ MoA or better. The second group is comprised of flat-out hunting rifles that are designed to be carried on your shoulder and then fired once, or maybe twice, at a critter that may be close enough to count your whiskers.

All the factory rifles will shoot extremely well; far in excess of what they’re required to do; possibly far in excess of how well you can hold. But very few of them will break ½ MoA. They’re not designed for it.

I’ve never shot a custom rifle that was guaranteed to shoot ½ MoA or better and didn’t. On the other hand, the factory rifles that are labeled “precision” can be gotten down close to ½-inch only with a great expenditure of effort and ammunition, and often they won’t do it at all. (The one exception to this is the Bergara B-14 series.) My guess is that this is because none of them has a first-rate barrel, and in the accuracy biz, the barrel is where you begin.

Quality in brands of rifles changes over the years. Gun makers, like anyone else, are perfectly happy to ride on their reputations. Thunderf**ker Arms puts out great rifles because it’s run by its founder who is a shooter, and knows good work from bad, and will fire anyone who does bad work. Then he retires and sells out to Greedhead, Ltd., which is run by accountants who couldn’t care less about good from bad, and it’s a fast downhill ride from there. In the meanwhile, Thunderf**ker rides along on its rep, hoping that the customers don’t catch on.

The moral to all this is, don’t go by price or reputation or by what gun writers say. You, yourself must acquire some knowledge of what’s good and what’s not, and figure out what you want and what you need and how much you’re willing to pay for it, and then spend your money and hope you don’t get a lemon, which is what I’ll be writing about in my next post.