The CVA Paramount: A New Dimension to Black Powder 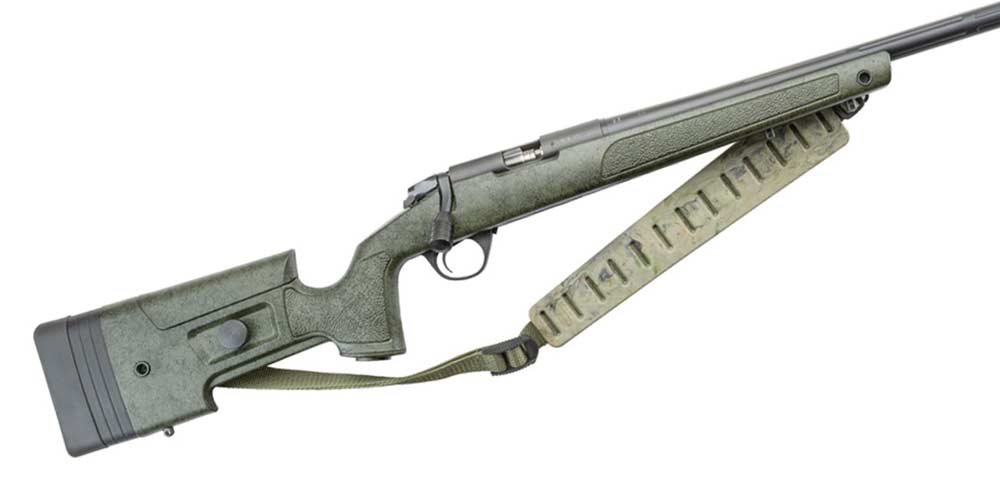 Timothy Murphy was a Pennsylvanian who could shoot. A sergeant, he was able to hit a 7-inch target at 250 yards, and was considered an expert rifleman. As such, he was selected as one of General Daniel Morgan’s Riflemen, and was one of 500 sharpshooters who, in 1777, were sent to Upstate New York to show the British Army what was what.

At the Second Battle of Saratoga, the British were showing the Continental Army what was what, largely because of the inspirational leadership of General Simon Fraser. When it was pointed out to Morgan that the battle might go better if someone shot General Fraser, Morgan turned to Sergeant Murphy.

Murphy climbed a tree and went to work. At a range of 300 yards, his first shot missed. The second shot clipped Fraser’s horse. The third shot hit Fraser in the stomach and, as stomach wounds were fatal at that time, Fraser died that night. A fourth shot killed Sir Francis Clerke, a courier, instantly. The British considered this shooting of senior officers to be extremely poor form, retreated, and eventually surrendered.

It’s worth noting in all of this that 300 yards was considered extreme range then, even for a Pennsylvania rifle in the hands of an expert. And it took Murphy three shots to put paid to General Fraser. Which brings us to the Paramount, which is new from CVA, and which is a muzzleloader that I recently got to shoot, and which, if Sergeant Murphy had been using one, would have dropped the General on the first shot and from a lot farther than 300 yards.

This bolt-action muzzleloader is designed, as CVA puts it, for “shots at 300 yards and beyond.” It’s a .45-caliber rifle that achieves 2,200 fps with a 280-grain Powerbelt ELR bullet. ELR stands for “extreme long range.” These slugs are truly aerodynamic, courtesy of a secant ogive and a sharply pointed polycarbonate tip. They’re designed for 1-22 rifling rather than the standard 1-28.

How do you get to 2,200 fps? Courtesy of a 150-grain-by-volume charge of Blackhorn propellant. How do you ignite such a horrific heap of powder? By abandoning the traditional 209 shotshell primer in exchange for a Large Rifle primer. CVA uses a stainless-steel bushing called the Vari-Flame breech plug, developed by Cecil Epp, that handles Large Rifle primers just fine.

The Paramount stock is synthetic, fully adjustable, and equipped with an internal aluminum chassis. All told, it’s a modern rifle that happens to load from the front end. Shooting it, you tend to forget it doesn’t use fixed ammunition. You can even get off multiple shots—I think it’s 10 or so—without swabbing the barrel.

One thing I should add. This is a powerful rifle. A bullet of this weight, fired at 2,200 fps, is going to be recoiling in the range of a .338. Fortunately, the modern stock design takes the kick away from your head and puts it into your shoulder.

The Paramount is something genuinely new. I believe that Timothy Murphy would have traded his flintlock for one in a heartbeat. The real-world price is around $1,000.