Blasts From the Past: Dirty Harry’s S&W Model 29 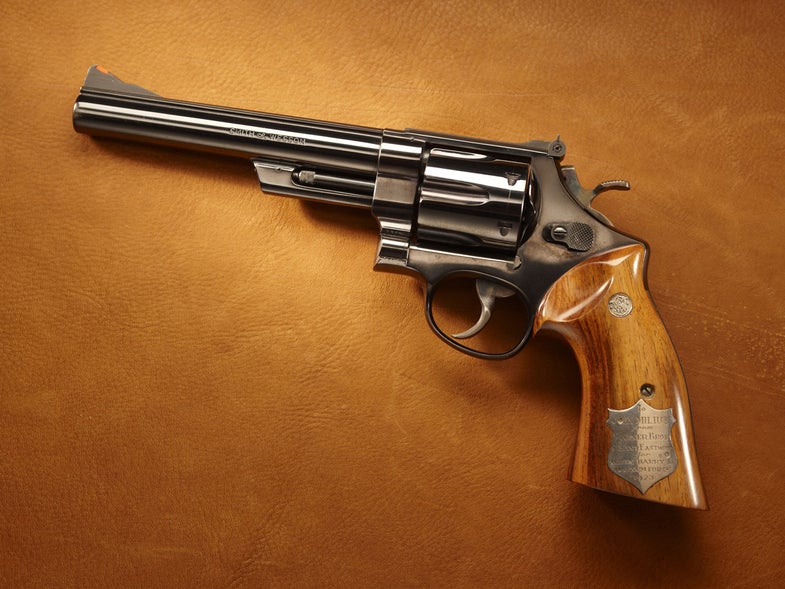 “But being as this is a .44 Magnum, the most powerful handgun in the world, and would blow your head clean off, you’ve got to ask yourself…” With those words, Clint Eastwood as Harry Callahan, in “Dirty Harry,” not only brought the Smith & Wesson Model 29—today’s Blast From the Past—back from the dead, he made it a star.

Attributed largely to Elmer Keith, who handloaded extra-hot .44 Special cartridges to develop the round, the .44 magnum was indeed, at the time, the most powerful handgun cartridge in the world. It was also languishing in 1971 when “Dirty Harry” came out. The Model 29 was in the Smith & Wesson catalog, but the guns weren’t being produced. Forty-four magnum revolvers are like 10-gauge shotguns: people buy them thinking they’ll be fun, shoot them a few times, and then realize they hurt, they cost money to shoot, and they aren’t fun, and they get rid of them.

In fact, there were so few Model 29s around as “Dirty Harry” was being made that Eastwood wound up using the blued, 6½-inch barreled version, not the 4-inch nickel version screenwriter John Milius originally put in the script. But that all changed after “Dirty Harry” came out; everyone wanted the Most Powerful Handgun in the World, and the 29, along with the stainless 629, remain in the S&W lineup today. And, although it has long since been eclipsed by more powerful handguns, the .44 Magnum remains an excellent choice for hunting, if you can deal with it.

This gun was presented by Warner Brothers and Clint Eastwood to John Milius, in 1973, in appreciation of “Dirty Harry” and “Magnum Force,” which Milius also co-wrote. Milius loaned it to the National Firearms Museum.