Do You Need a Bipod for Shooting?

For most hunting, no. But for long-range competition shooting, a bipod is a must 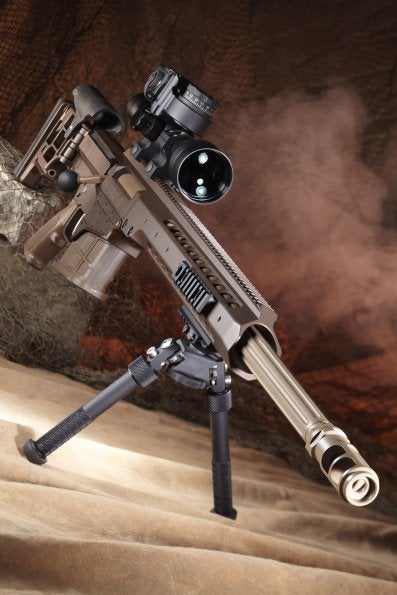 In response to my post of November 11, a number of you commented on the two, not one, sling swivel studs on the fore-end of the Bergara Approach. That extra stud represents just one of the many ways in which rifles are changing under the influence of tactical shooting. The rear swivel is for a sling. The front swivel is for a bipod. Why a bipod? Because in the wonderful world of the tactical, bipods are a given, a universal. All the American sniper rifles of which I’m aware are issued with bipods, and have been for years and years.

This is because of the way in which snipers shoot. Almost everything they do is from prone, with considerable deliberation, at what we consider long range, and from a hide which has been chosen as if their lives depended on it, which they do. For this kind of shooting, a bipod is indispensible, because it allows you to get very steady for what may turn out to be hours and hours before you finally pull the trigger.

For hunters, bipods are mostly a pain in the neck. They’re heavy, bulky, cumbersome, and completely unbalance a rifle. Because most shots at game come from all sorts of positions, and many in great haste, bipods aren’t usually worth the trouble of carting around.

I use them all the time, not for hunting, but because I shoot in competition.

So, in case you’re planning to use them, here’s some random wisdom on bipods.

First, make sure that your bipod-to-gun connection is tight, and stays tight. Sling swivel studs work loose. There are all kinds of adapters and clamps to attach a bipod to a stud or a rail, and when they let go, even imperceptibly, you miss.

There are three bipods that are worthy of your consideration. First is the Harris. This company has been around for a long time, and its bipods are issued to our military snipers, which is a pretty good recommendation right there. Harris makes a plethora of models, and they all have a number of things in common. They are inelegant and awkward. They work. They cost very little. They work. If you compete in an AR-type match where you must use a folding bipod, about all you’ll see are Harrises.

If you shoot F-Class, you’ll quickly get to know the Sinclair F-Class Bipod, Third Generation, which is overwhelmingly popular. It looks like one quarter of a giant spider, doesn’t fold, and must be removed from the rifle if you’re doing something like moving from one berm to another. Because it doesn’t fold, has a very wide stance, and a minimum number of adjustments, it’s steady as a rock. If your shooting fundamentals are sound, you can hold very, very tight with one of these. It’s not cheap.

Atlas bipods are cut from a different bolt of cloth, or aircraft aluminum, as it were. The company makes several models, but the basic design, which folds, is small, light, elegant, very steady (although not as steady as the Sinclair, I believe), beautifully made, and such a wonderful piece of engineering that you may simply sit there admiring it, in which case your family will become alarmed and have you taken away. Atlas bipods start in the Sinclair price range, and go up. In some cases, considerably up.

For hunters, I think that bipods are not all that useful. For any other kind of shooting, particularly at long range, you pretty much have to have one. Or several.