The Dos and Don’ts of Duck Gun Modifications

Before you drop serious money at the gunsmith, here's what works and what doesn't 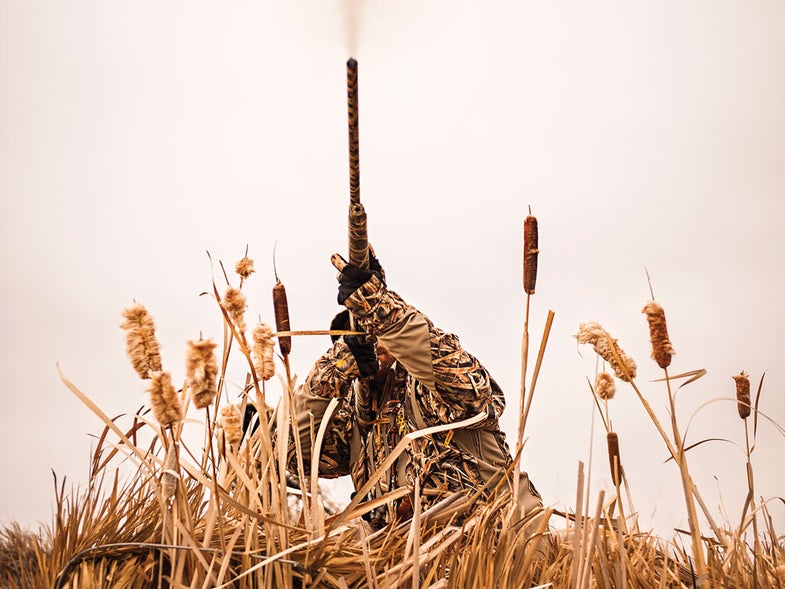 High Bird: Custom-shop work can do wonders for your wingshooting.. Brian Grossenbacher
SHARE

Arkansas’s mad scientist of shotgun ballistics, Rob Roberts started tinkering with 12-gauges in a small machine shop and is now a renowned custom duck gun builder. But not every tweak you can make to a gun is going to help you in a goose pit or duck blind. Here’s Roberts’s list of what to consider before spending cash at the gunsmith.

Do: Lengthen the Forcing Cone

Back in the day of cardboard shells, forcing cones helped form shot patterns immediately following ignition. Most manufacturers still make barrels this way. By reaming and polishing out the tapered forcing cone, back pressure is lessened at ignition, so there’s noticeably less felt recoil. It also produces less pellet deformation and often brings fliers back to center at the patterning board.

Many sporting clays shooters swear by back-boring, which makes the bore wider from the end of the forcing cone to the choke. This makes for shorter shot strings, more uniform pattern density, and increased velocity. The rub: Once you change the barrel diameter, you need custom chokes for the life of that barrel.

Roberts swears by electrical discharge machine (EDM) ports, in which a giant laser cuts and cauterizes the metal for a polished finish. Placed on the top of the barrel, ports help control muzzle jump—but they come at the expense of increased noise, making ported guns pretty obnoxious in a goose pit or duck blind.

Related: How to Trick Out Your Shotgun for Snow Goose Hunting

Do: Beef Up Buttons and Handles

Bigger is better when it comes to cold-weather hunts and gloved hands. That’s why Roberts recommends extended charging handles and oversize bolt-release buttons. There’s also the bling effect. “They look cool,” Roberts says. “And they make the gun more handy.”