3 Features You Need in a Power Strip 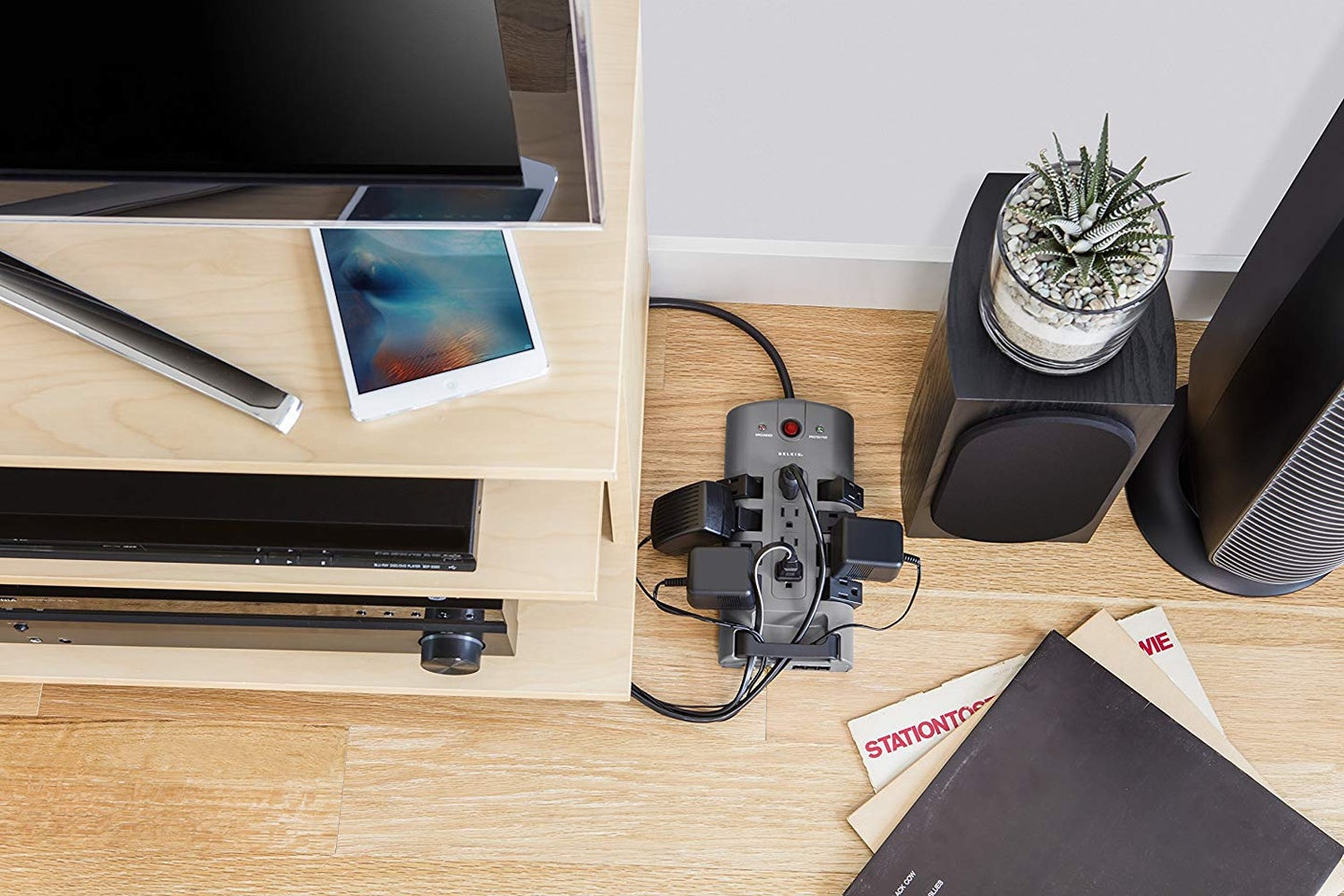 Consider this scenario: You’re sitting in your favorite recliner with your phone, laptop and iPad on the table beside you, along with a lamp and humidifier. All five need to be plugged in, but there are only two electric sockets nearby. What’s a guy or gal to do? A good power strip can solve this problem and others like it easily and safely. When shopping for a power strip, ask yourself three pertinent questions—how many outlets do you need, what kinds of outlets do you need and how long of a cord does the power strip need to reach the area where you want to use it.

A standard six-outlet power cord should do the job for just about anyone who lives where a decent number of electric sockets were installed during construction. Of course, many power strips come with more outlets than six, and most will do the job just fine if you really need more outlets. Note that it’s important to only plug light-load appliances into your power strip, and power strips should never be used in moist or potentially moist locations. For best results, get a power strip with a built-in surge protector. That will protect your electronic items you plug into the strip from power surges that might damage or ruin them. Note that plugging another power strip into your current power strip is not a viable way to add outlets. This should never be done, as power strips are not made to be hooked together in a series.

While most people use power strips for plugging in electric-powered appliances, many companies have begun offering strips with a variety of different plug-in types. USB outlets are the most common, and power strips that offer two or three of those along with regular electric plug-ins are more versatile than those that do not since they are handy for charging your cell phones and tablets without needing a charging block. Other additional ports include universal input sockets to connect plugs from nearly any country in the world, including the normal 2-prong or 3-prong North American plugs used in the U.S. To make the best choice, consider whether you just need power outlets or if a USB port or two would come in handy. And regardless of your decision, it’s always wise to choose a power strip with built-in surge protection, just in case.

This is where you’ll find the most variety in power “strips,” and also where your ultimate purchasing decision might need to be focused. Some power strips aren’t strips at all, but units that simply plug into an electric outlet to provide you with more plug-ins and other outlets there. Most power strips, however, have cords that are a foot or two long at most—handy for reaching the floor where they can sit flat. Others have cords several feet long, which makes them convenient for someone who needs several electric sockets farther away from their wall outlet. A strip with a cord that is too short will not be useful in many cases. But a power strip with cord that is too long causes excess clutter. Know where you’ll use the power strip and the distance to the nearest wall outlet before you make a purchase.