The next time you pull into a packed parking lot at the river, try these trout tips and catch fish while other anglers get skunked 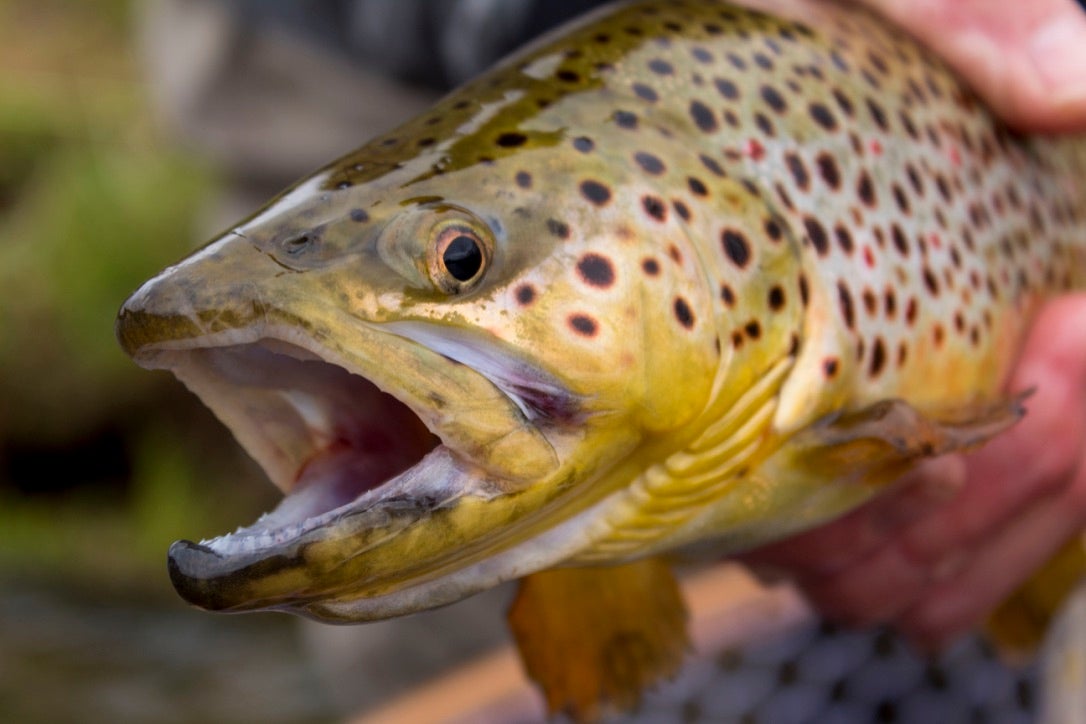 In waters where trout are pressured, try fishing at first light to hook up with big browns. Ryan Chelius
SHARE

There’s nothing more discouraging than pulling into the parking lot of your favorite trout stream to find it full of trucks with rod vaults. You make your way down the trail to see people packed into the pool you planned to fish. This can often be the scene during springtime in the Northeast and the summer months out West. Boat launches are overflowing with trailers, the banks are covered with fishermen, and the fish have seen every fly ever tied.

No matter where you fish, pressure is always going to be a factor. Some areas are worse than others, but learning how to adapt to heavily fished rivers and streams will make you a better angler. The popularity of fly fishing continues to grow, reaching a record of 7 million fly anglers in 2019, according to the 2020 special report on fishing. The increase in the number of anglers is great for the sport and conservation. It might mean more people in your spots, but if you can learn to maneuver around the pressure—you will still catch plenty of fish. Here are 5 easy tips to help you target educated trout on crowded rivers.

1. The Best Time to Fish for Trout? At First and Last Light

There is no better way to beat fishing pressure than, well, beating the pressure. Setting the alarm clock for the crack of dawn might be agonizing when you have to roll out of bed in the dark. But you will feel much better when you are the first car in the lot. Get rigged up the night before and break out the headlamp in the morning. If you know a spot will see fishing pressure, especially on the weekends, get down to the river in the dark and wait it out on the bank. Once a spot is taken in the morning, there’s a good chance it will be gone for the day.

Read Next: The Art of Sleeping in Your Truck

Besides the benefit of claiming a spot, first light is also one of the best times to target actively feeding fish. As the sun gets higher throughout the day, the bite usually shuts off. This isn’t to say you can’t catch fish mid-day; you certainly can. It just might be a little more difficult. As the day goes on, more anglers make it to the river, and the more educated trout become. I often like to take a mid-day break for lunch when the sun is at its highest point before heading back out for the evening. Like the morning, last light usually triggers a solid bite, especially in summer afternoons when hatches start to come off.

Pressured streams can often be a game of picking your battles. Sometimes, mid-day isn’t worth competing to hold down a section of water. Head back to the truck, have some lunch, a cold drink, and maybe a nap. Reenergize before heading back out for the evening bite. If you focus on first and last light, you’ll avoid the largest crowds while optimizing your fishing time.

Nothing educates trout more than carelessness on the river. That means plowing through the stream, slapping casts over trout, or having a poor presentation. If you aren’t vigilant about being stealthy on a pressured stream, you won’t catch many fish. You have to remember that educated trout have seen every trick in the book, and one wrong move can blow your opportunity.

Being stealthy on the river means moving slowly and taking your time. Look for rising trout and fish suspended in the water column. If possible, you want to identify a fish before they know you are there. I try to remain on the bank when looking for new areas to fish and avoid disturbing the water at all costs. You won’t see every fish before you hook it, and you’ll have to enter the water to have a chance at some fish. When you venture out into the stream, make sure to avoid pools and other areas where trout might be holding. If you blow out a hole, it could be shot for the day.

3. How to Select the Right Tippet Size for Trout

Despite what some anglers think, tippet size is critical when targeting pressured and educated fish. These fish have seen it all, and the slightest abnormality in presentation can prevent them from taking a fly. I can’t tell you how many times switching to a lighter tippet made all the difference. Don’t get me wrong: A good cast, the correct fly, and a strong presentation are all essential factors in hooking fish. If you’re doing everything right, matching the hatch, and still getting snubbed—good chance it’s your tippet.

Last spring, I was casting to rising trout on the Delaware River. There was a big Hendrickson hatch coming off the water at last light, and I was in the right spot with the right fly. Cast after cast, I had fish give hard looks but not willing to take. I was getting frustrated before I finally switched my tippet from 5X to 6X. The very next cast, I hooked and landed a beautiful brown. That’s all I needed to make me a believer in the correct tippet size.

Dry fly fishing is my favorite way to catch trout. But sometimes, it’s not the most effective. Unfortunately, dries and streamers don’t always get the job done, especially on pressured streams. A switch to nymphing can make all the difference between success and failure on crowded rivers when fish stop looking up. You just need to know when to make the switch.

Often a nymph with an indicator or a hopper-dropper rig can significantly increase your hook-up ratio. Trout spend much of their time down in the water column feeding on aquatic insects, midges, and nymphs. If fish aren’t aggressive, which is often the case in pressured areas, nymphing can be a saving grace. Just as with tippet, going with smaller nymphs is a good rule of thumb when fishing for educated trout. Tie on a small nymph that is native to the stream, and throw on a hopper if you still want a chance for a surface bite. Fast water is always a good spot for pressured trout as they won’t have as much time to inspect your fly and presentation.

5. Learn How to Scout for Trout

One of the most common pieces of advice hunters and anglers hear is to get away from the pressure and put in the extra work. I’m a believer in this philosophy because it works, especially in heavily pressured areas. Many anglers are not willing to put in the work required to find new locations that may hold fish.

Scouting can play big dividends. Try using apps like Google Earth and onX Hunt to locate more remote, less popular access sites. Asking permission to cross private or posted land could result in productive spots on the river away from the crowds. Get creative, put in the time, and the rewards will follow.