"Everything about this fish was unusual," said the charter boat's captain 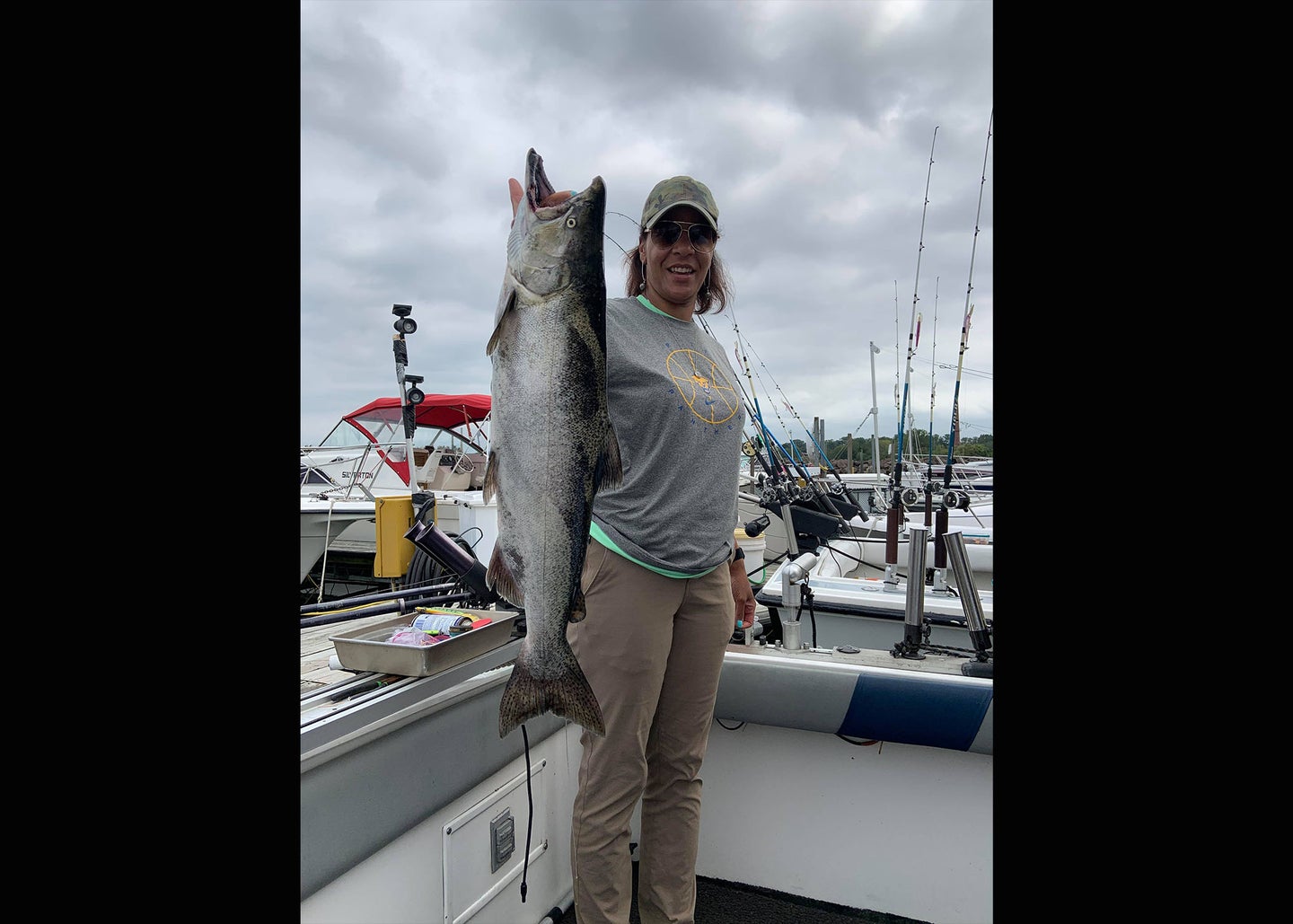 When Patricia Burkart convinced her friend Tamica Mickle to join her on a fishing trip, she expected they would go home with some fresh walleye. After all, the last time Burkart went out with Captain Dick Torrelli of Ciao’ Charters, the party caught its limit of ‘eyes by 7:20 a.m. Instead, Mickle made headlines on her first time out by boating a 32-inch king salmon in Lake Erie—a highly unexpected catch for that waterbody.

“Everything about this fish was unusual,” Torrelli told F&S, noting that king salmon haven’t been stocked in Lake Erie in any meaningful way since the 1970s and that Mickle’s fish was in relatively shallow water, at 57 feet deep. “There’s no rhyme or reason why any steelhead or salmon would be in water that shallow, where it was 72 degrees. The salmon and steelhead like cold water.”

The boat was rigged with planer boards, five-color lead-core line, and deep-diving Storm lures. When Mickle’s fish bit, the captain knew right away it wasn’t a walleye. “This one popped right off the release and shot behind the boat,” he said. “[Mickle] probably had to reel in about 350 feet of line. She did a good job, but it’s quite a chore.”

“I was expecting to work a little harder to get some fish, but the setup on the boat was really nice,” said Mickle, the chief operating officer of Girl Scouts Western Pennsylvania. “I had never seen a king salmon, other than when I go to the store, where it’s already filleted. I didn’t realize how exciting it was until the captain got on the radio and announced a king had been caught.”

Chinook salmon, which are native to the Pacific Ocean, have been introduced to all of the Great Lakes but did not establish themselves in Lake Erie as they did in Ontario, Huron, Michigan, and Superior. Pennsylvania no longer stocks kings, so how Mickle ended up with one on the end of her line is anyone’s guess.

Burkart, the CEO of Girl Scouts Western Pennsylvania, was happy to see her co-worker have success: “I’m so excited for her,” she said. “This will make her want to go fishing with me more!”

“I will,” Mickle confirmed. “We’re looking at the moons and the calendar for next year, trying to line things up.”