Knoxville angler Mike Graham said his biggest blue cat to date, caught at northern Alabama's Wheeler Lake, took him "for the ride of a lifetime." 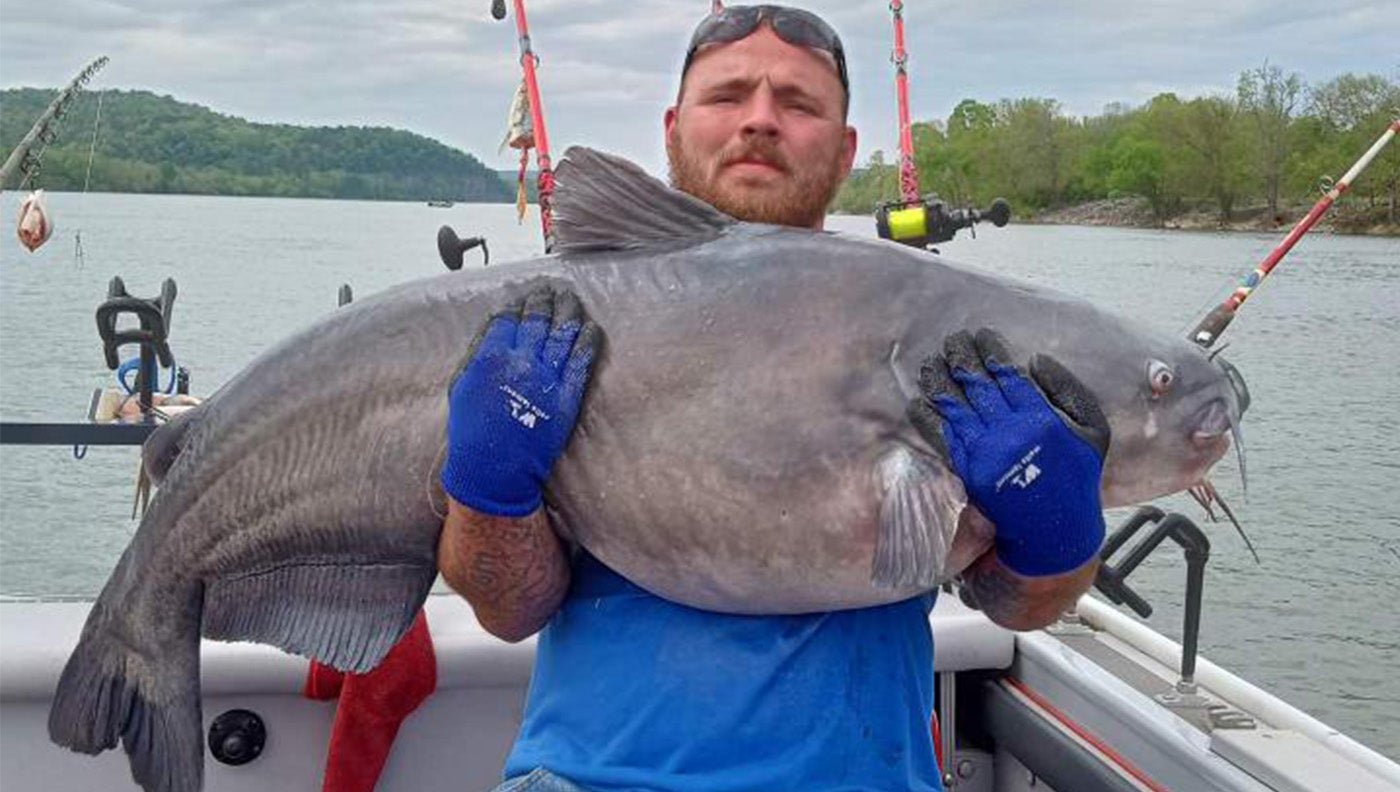 After chasing catfish for most of his life and trophy blues almost exclusively for the past 12 years, Knoxville, Tennessee, angler Mike Graham finally broke the 100-pound mark in a big way on April 17, catching a 107.8-pound blue catfish in Wheeler Lake, a reservoir on the Tennessee River in northern Alabama.

Graham had several lines out in a spot where he and his wife caught a pair of 90-pounders three years ago, when one of his Mad Katz heavy-action rods baited with a live white bass slowly bent to the water. “As soon as I got it out of the rod holder, the fight was on,” Graham says. “The fish took me for the ride of a lifetime. It was so heavy, it was like I was pulling up on the bottom of the river. I just couldn’t get that fish to budge off the bottom.”

Graham has caught a lot of big catfish over the years, ranging from 50 to 90 pounds, but he says that the battle with the 107-pounder was completely different than anything he experienced before. The whopper stayed within a yard of the 27-foot-deep bottom for nearly half an hour before Graham was able to tire it out.

“I’ve never caught a big cat that acted like that,” he says. “Even with the two 90-pounders I caught in the same night, it didn’t take 5 minutes before I had them in the net.” But the long fight was just fine with Graham, who has a mantra that he shares with anyone he takes fishing on his 1994 Crestliner Phantom: “The tug is the drug.” In short, the battle is the best part of fishing.

A Dozen Pounds Shy of a State Record

After 25 minutes, Graham finally got the massive catfish to the surface. “When I saw it, my eyes lit up like quarters, and I was so excited, I about let go of the rod and jumped in there with it,” he says, laughing. His fishing partner grabbed a net, which was big enough to contain about half of the fish. Together they hoisted it into the boat. After weighing it quickly in a sling scale and snapping a few photos, Graham returned the big blue to water, held onto it long enough to ensure that it had plenty of strength, and watched it swim away.

The Alabama blue catfish record is 120.25 pounds, set by John Paul Nichols at Holt Reservoir in 2012. Graham’s catch was almost 12½ pounds short of that mark, but even if it had been a contender for the top spot, the 28-year-old says that he probably would have released it anyway. His single mother taught him and his five brothers to fish, waking them at 4:00 in the morning to go bank fishing. Now a parent himself, he sees releasing big catfish as an investment that will pay dividends for anglers like his kids.

“A big fish like that has probably lived 30 or 40 years, and it creates a lot of good genetics for future generations to be able to go out and catch a fish like that,” he says. “Even if I had a $100,000 boat with a 150-gallon live well in it, I still don’t think I’d want to put a fish through the stress of being measured and weighed several times” in order to be certified for a state record.

The sense of accomplishment was satisfaction enough for Graham. “To be honest with you, it’s one of the best feelings in the world,” he says. “To catch that fish, and to feel the fight that fish had in it, and to have the pleasure to even be able to put that fish in my boat…I mean, it runs real close to the first time I met my wife.”