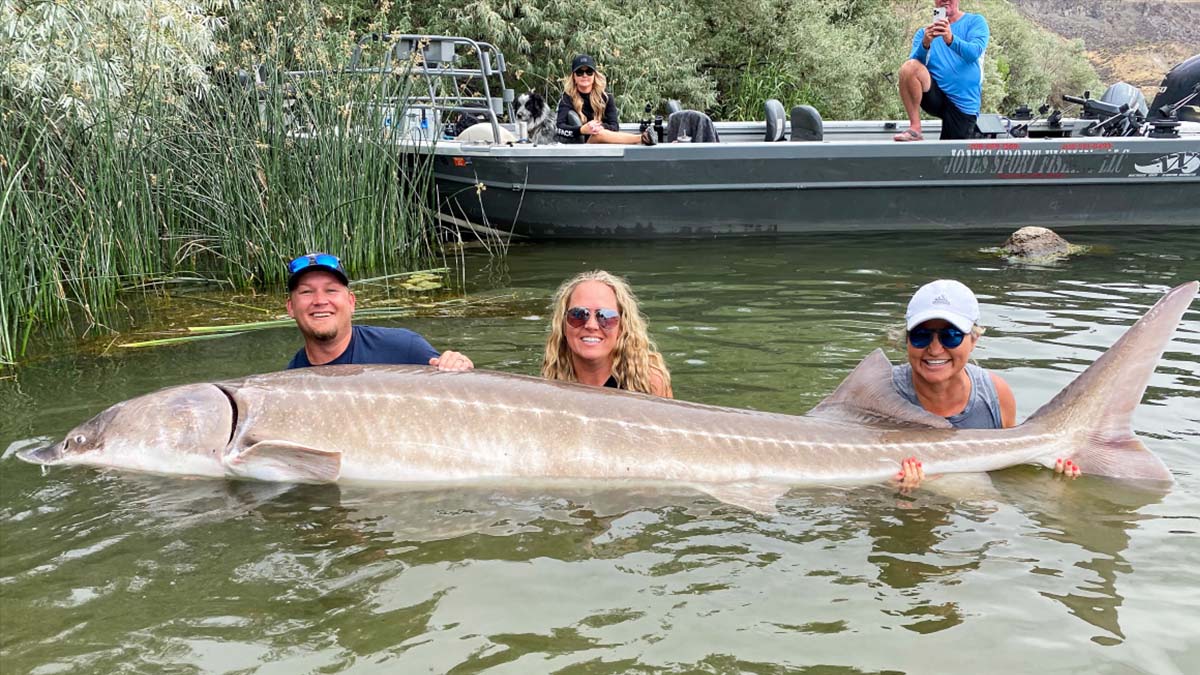 Sturgeon fishing is catch-and-release only in Idaho. IDFG
SHARE

A southern Idaho reservoir is home to some true freshwater monsters, and an angler from Utah just caught one of them. In early August, Greg Poulsen landed a white sturgeon measuring 10 feet, 4 inches—big enough to officially set Idaho’s new catch-and-release state record for the species.

According to an Idaho Department of Fish and Game press release, the epic catch took place at C.J. Strike Reservoir, which is also where the new blue catfish state record was caught. C.J. Strike Reservoir is an hour outside of Boise and is known for its crappie, perch, and bass fishing—but it clearly also holds some giant white sturgeon.

“Out of hundreds of fish collected during surveys from the Snake River around C.J. Striker Reservoir, only a handful of sturgeon in this class have been seen,” IDFG officials stated. “During surveys over the last 30 years, only 10 fish have ever exceeded the 10-foot mark.”

Sturgeon are considered to be North America’s largest freshwater fish. Sturgeon in and around C.J. Strike Reservoir can take 10 to 15 years to reach sexual maturity. Those slow growth rates make the species particularly susceptible to overfishing. As a result, fishing for Idaho’s white sturgeon is a strictly regulated activity and has been limited to catch-and-release since 1971. When an angler does manage to land one of these ancient behemoths, they must leave the fish in the water throughout the entire handling process.