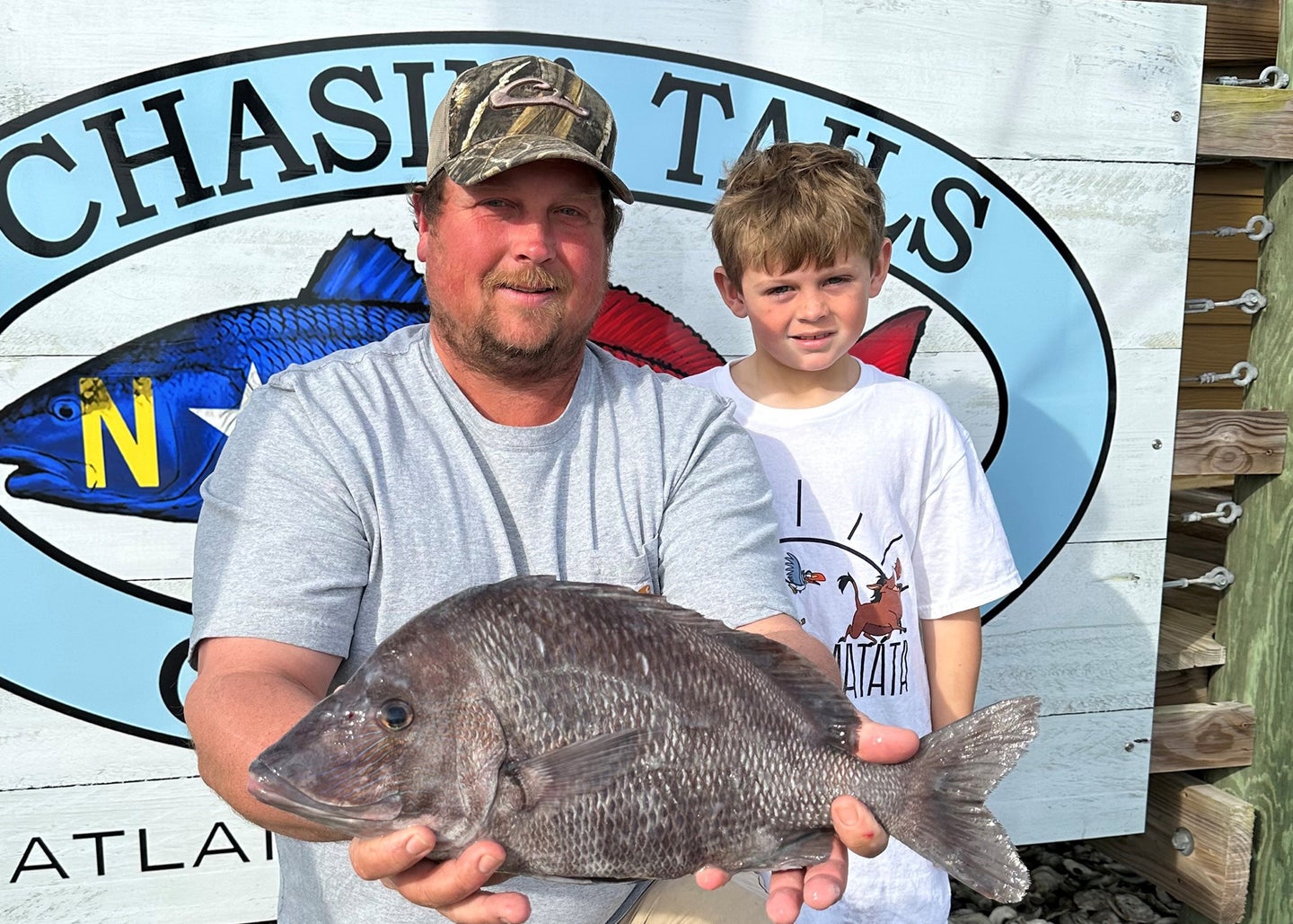 The fish toppled a long-standing record that's been in place for more than 50 years. N.C. DEQ
SHARE

For over half a century, the record for white grunt in North Carolina has stood firm. But on January 2, Logan Ennis of Red Oak toppled the enduring benchmark, catching a 4-pound, 13.6-ounce fish off Morehead City. The North Carolina Department of Environmental Quality (NCDEQ) certified the new Tar Heel State record this week and announced it in a press release.

Ennis’s record fish measured 17.5 inches and sported a 16-inch girth. Chasin’ Tails Outdoors Bait & Tackle took the official measurements and posted a photo of the record-breaking fisherman and his son with their catch on Facebook.

White grunt go by a variety of names including boar grunt, flannelmouth, redmouth grunt, ruby red lips, and white snapper. The almond-shaped reef fish travel in schools in anywhere from 80 to 150 feet of water. They’re named for a grunt-like sound that they produce by grinding their teeth—which is amplified through their air bladders. Grunts range from North Carolina to Brazil in the coastal Atlantic.

Ennis caught his record grunt while bottom fishing in 80 feet of water. According to the NCDEQ, he was using cut squid for bait and a Star Rod jigging rod outfitted with a Daiwa Saltist 35HG reel that was spooled with 150-pound braid. He was fishing with his son and a friend near Buoy 14—28 miles south of Beaufort  Inlet—when the grunt took his bait.

Vernon Councilman caught the previous record in 1969, also off Cape Lookout near Buoy 14. His fish weighed 4 pounds, 8 ounces. Grunt are one of 77 saltwater fish for which the NCDEQ tracks official records.