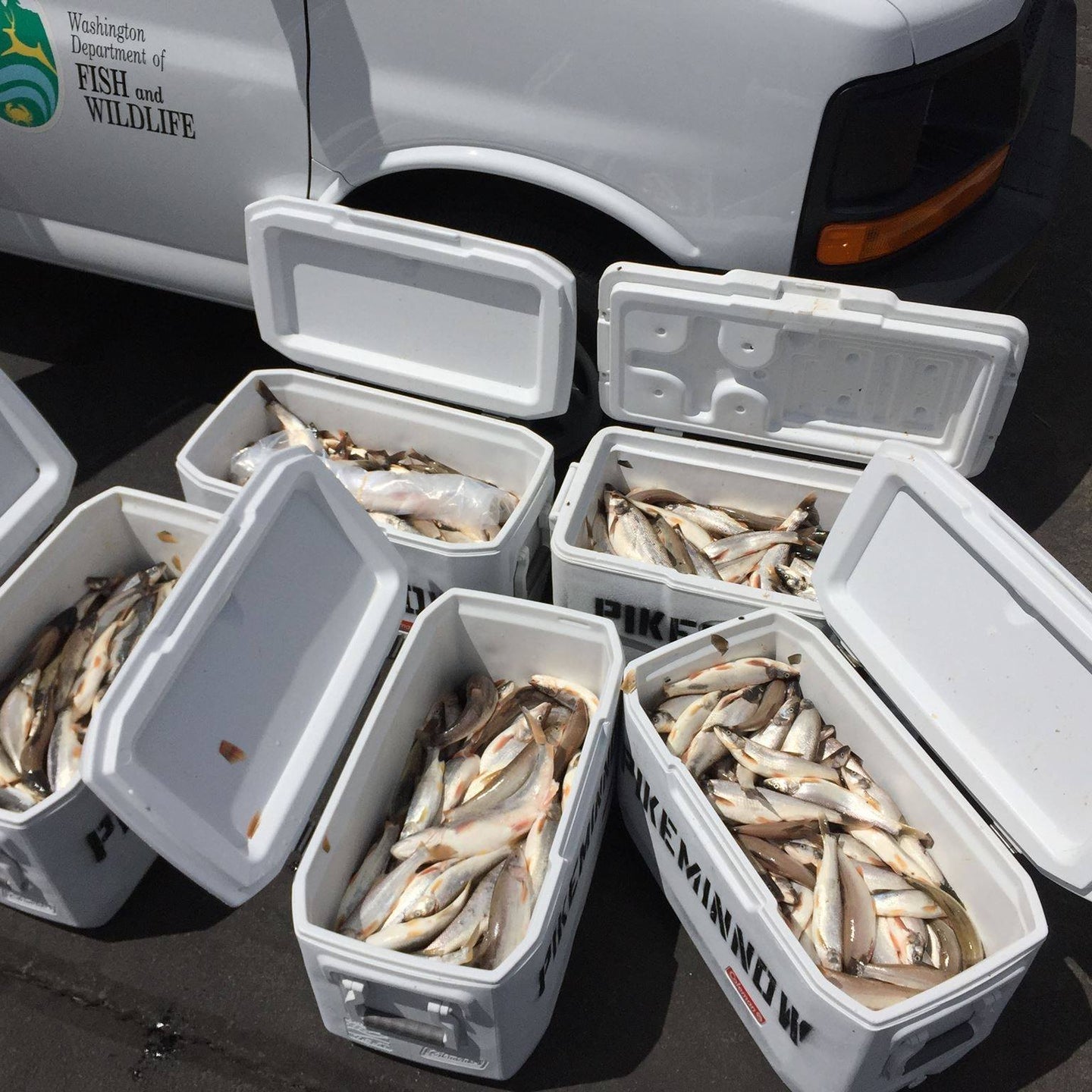 Catch fish, earn money. It was that simple for an angler who pocketed $61,000 during the Summer of 2021 by catching fish from the Columbia and Snake rivers. He, along with hundreds of other anglers in Washington and Oregon, participated in an ongoing program funded by the Bonneville Power Administration (BPA) that pays anglers a bounty on northern pikeminnow, a native species that is known for its voracious appetite for salmon and steelhead smolts. In order to earn $61,000, which was the most someone earned through the program in 2021, the leading angler (who wishes to remain anonymous) removed 7,185 pikeminnows, including 7 tagged fish, while his wife picked up another 1,700.

In 2021, anglers were paid $5 for their first 25 fish over 9 inches, $6 each for 26 to 200, and $8 for every fish after that. Tagged fish were worth $500 each. According to the BPA, bounties will be increased for the 2022 season, which will run from May 1 through the end of September. The payment for an angler’s first 25 fish over 9 inches will be bumped to $6 per fish. Fish 26 through 200 pay $8, and any fish over that earn $10 each. The reimbursement for tagged pikeminnow will remain at $500 each. Moreover, anglers will receive $10 just for registering for the program. Participating anglers will be required to register daily at state fish and wildlife agency-operated check stations located along the Columbia and Snake river systems. There is no limit on the number of fish an angler can submit for payment

The Northern Pikeminnow Program is open on the main stem Columbia River from the river’s mouth upstream to the Priest Rapids Dam above the Tri-Cities, as well as the Snake River from its mouth to the Hell’s Canyon Dam. In 2021, the BPA doled out $700,000 to anglers during the five-month run of the program, which was down $140,000 from the total it paid out in 2020. Fewer fish were turned to the check stations, with about 89,600 pikeminnows registered in 2021 compared to 103,100 in 2020. Eric Winther, the Washington Department of Fish and Wildlife’s (WDFW) Northern Pikeminnow Program manager, told the Tri-City Herald that river conditions at the mouth of the Yakima River near the Tri-Cities, one of the state’s premier pikeminnow fishing locations, weren’t conducive to productive fishing during May and June of because of high concentrations of debris.

Read Next: U.S. Army Corps of Engineers Promises $226 Million To Block Carp From the Great Lakes

Still, fisheries managers believe the program is working as intended. They estimate a 40 percent reduction of predation on young salmon and steelhead in the watersheds compared to before the bounty program had been implemented. Annually, the program’s goal is to spur the removal of 10 to 20 percent of the 9-inch or larger pikeminnow from the watersheds. In 2021, Winther said, anglers removed an estimated 11.3 percent. And some dedicated anglers cashed in as they helped do so.