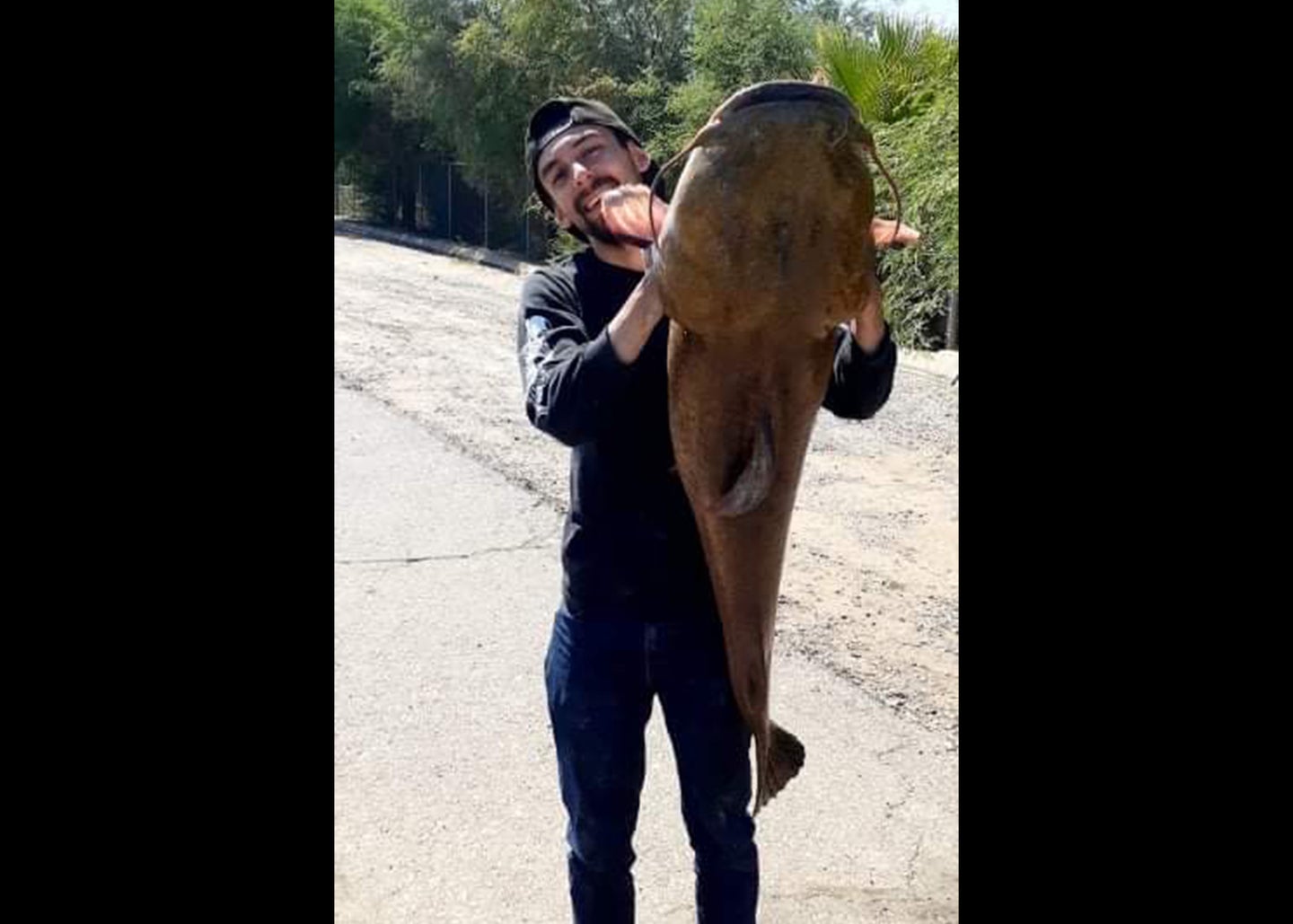 Trino Diaz of Peoria, Arizona, landed a beast from an unlikely body of water: while fishing a city canal on the outskirts of Pheonix, he reeled in the 42-pound flathead catfish shown above. He caught the giant while using a classic catfish bait—chicken liver. It was Diaz’s second time fishing at the local canal. He’d never caught anything nearly as large as the flathead he landed on the morning of September 21.

“I like to fish canals for fun,” Diaz tells F&S, noting that the flathead smashed his personal best by over 30 pounds. “You never know what you’ll catch. There’s a variety of fish like bass, catfish, carp, panfish, and more.”

Diaz had already caught carp, stripers, and bluegill that morning before “hooking into something big.” He fought the fish for a solid 10 minutes without laying eyes on it. At that time, he told his fishing buddy Ryan Leren that he thought he possibly had a personal-best fish on.

“I didn’t want to rush or manhandle the fish, since I was only using 10-pound line and was not expecting to catch anything too big,” says Diaz. “He was ripping out the drag, and all I could do was hang on for the ride. I knew if I wanted to see it, I would have to tire it out.

“After 25 minutes, we finally saw the monster catfish,” he adds. “And to be honest, I had little faith I would land it. I thought it was going to either snap my line or get me caught up on something at the bottom.”

After another 20-minutes of hard fighting, Diaz finally landed the monster. The fish was so big that Diaz and Leren could only fit its head inside of their fishing net. It took both of them to heave the fish out of the water and onto the bank. Diaz says he decided to release the flathead catfish because “it was a lot of fish, and it wouldn’t all fit in the freezer even if I wanted it to.”

Diaz threw the fish back into the canal and told local outlet 12News that he hopes to catch it again one day. The monster had dragged him over a 1/4 mile down the canal from where Diaz had originally hooked him.

“Never did I expect that I would catch such a massive fish that day, especially being unprepared on light tackle,” says Diaz. “But that’s fishing.You never know what’s going to take the bait next.”