Ryley Fehily's first hammerhead shark, landed while fishing Golden Beach in Victoria with friends, may be the biggest he ever catches 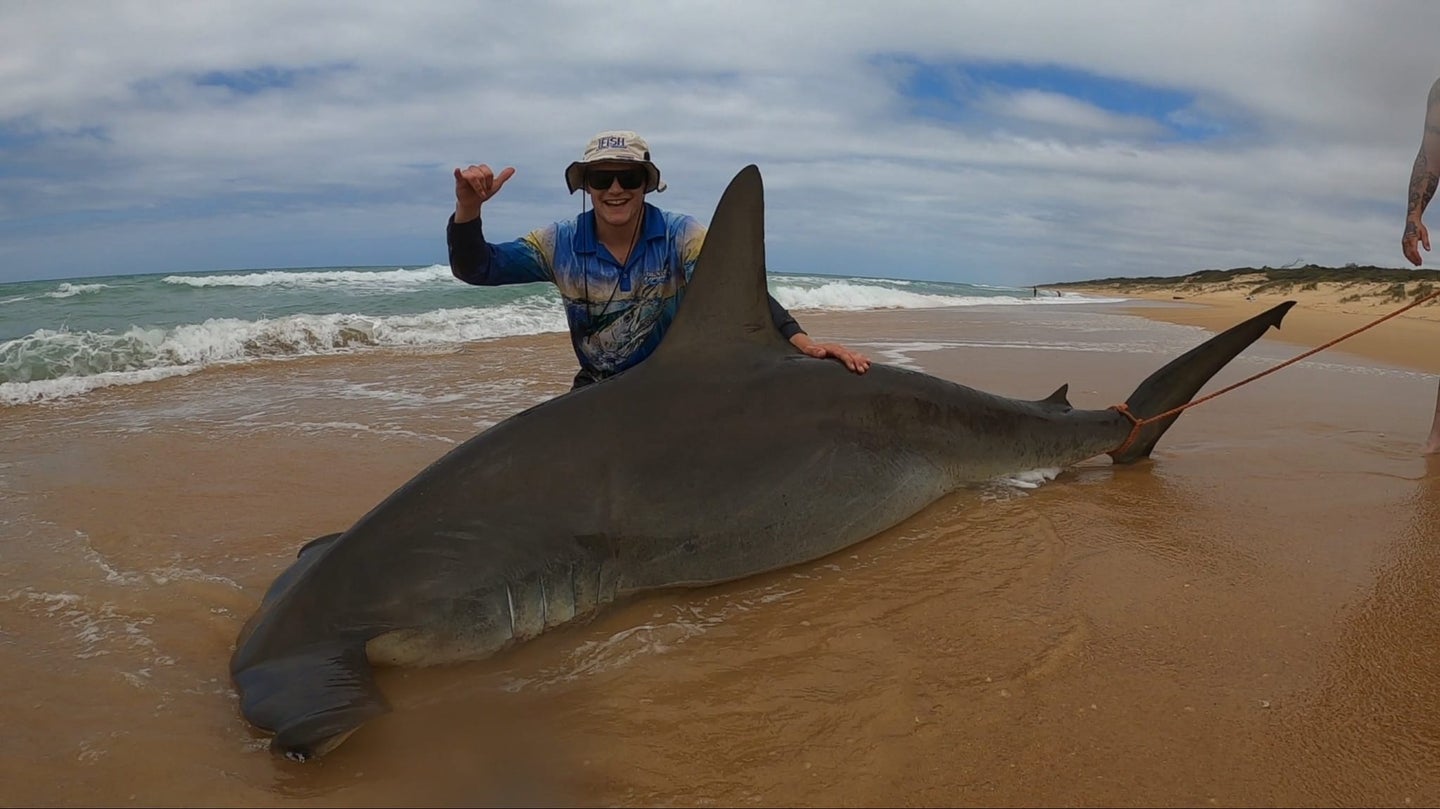 A hammerhead of this size is a trophy catch for any shark angler. Ryley Fehily
SHARE

Catching a hammerhead shark is a bucket-list item for most land-based shark anglers, and Australian angler Ryley Fehily was able to check it off his list last week when he beached a large—and particularly chunky-looking—hammerhead. Fehily says he was fishing with “a few mates” on December 23 at Golden Beach in Victoria, Australia, when he hooked up on the monster. He and his buddies were using fresh salmon for bait, which they set out about 450 meters from shore.

“We actually had a double hook up when I got it. I reckon the other was a hammer also, but we dropped it, unfortunately,” Fehily tells F&S. “The shark’s initial run was really good, but then it was just a really heavy dead weight.”

After Fehily cranked the shark to shore, he and his friends took a quick length measurement on the shark, which put it at 10 feet on the dot. They didn’t get a girth measurement on the shark, though it looks notably thick. Fehily says that this is likely due in part to the fish-eye of the GoPro camera that they used to capture the photos, though even the non-fish-eye photos show a jumbo-sized beast.

Fehily and his buddies quickly returned the shark to the water, and it swam strongly away. The friends brought a total of 10 sharks to the sand on their December 23 expedition in total, according to Fehily’s buddy Trent Diver’s Facebook post. Fehily was the only one to beach a hammerhead.

“This was my first hammerhead ever,” says Fehily. “They’re pretty rare to get here, so I was really stoked about getting one. Shark fishing makes for a really good adrenaline rush.”