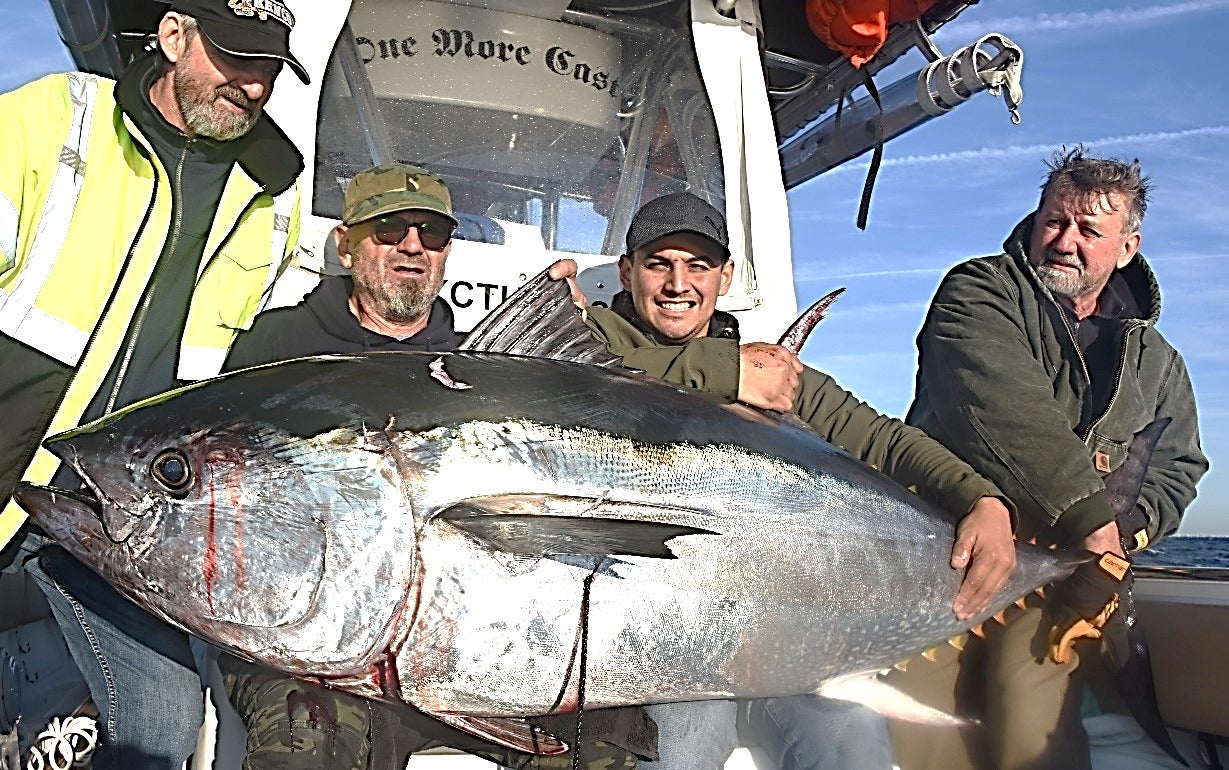 Many anglers in the New York area have gotten in on the bluefin action this year. John McMurray
SHARE

There’s been an unparalleled giant bluefin tuna bite a short distance off of New York City this year that had anglers throughout the region scrambling to hook into one of these pelagic behemoths. Anglers were reportedly catching fish ranging up to 600 pounds this August and September.

No one knows tuna fishing the New York City area better than Captain John McMurray of One More Cast Charters, who calls this summer’s experience remarkable in terms of the number of tuna and the amount of time they stayed around. While tuna always show up near the city, this summer was different. “They arrived in late June and stuck around through September,” he says. “Why? Probably because of all the baitfish we have here.”

McMurray thinks that the tuna were attracted to the abundant schools of menhaden close to shore. He adds that the small, oily baitfish are also attracting a large number of juvenile humpback whales. This summer’s big tuna were just a couple miles offshore, sometimes in water as shallow as 40 feet, in areas that are usually dominated by striped bass and other smaller game fish. The close proximity of bluefin to New York Harbor offered incredible action to anglers in boats of all sizes.

“They attracted a crowd,” McMurray says. “Because they were here so long, a lot of people figured out how to catch them.” Some reports had hundreds of boats out chasing tuna near places such as the Rockaways and Jones Beach. While many fish were well over the current 73-inch limit, many anglers boated a considerable amount of 65- to 71-inch keepers.

Unfortunately, the summer’s hot bite is likely over, but local anglers are standing by because Thanksgiving to early December usually presents another chance, though the fishing might prove slightly more challenging. McMurray calls the fall bluefin window the “Ghost Bite” because it’s usually a short period of opportunity that involves considerable technical skill, patience, and luck.

Read Next: After a 9-Hour Fight, This 876-Pound Tuna Could Be a New Texas Record

McMurray says late autumn’s big bluefins typically show up in water 4 to 10 miles off the coast. They don’t hang around long and can be finicky. “Everything has to line up, especially the weather,” McMurray says, adding that his clients usually catch a couple of keeper fish that are under the 73-inch length limit.