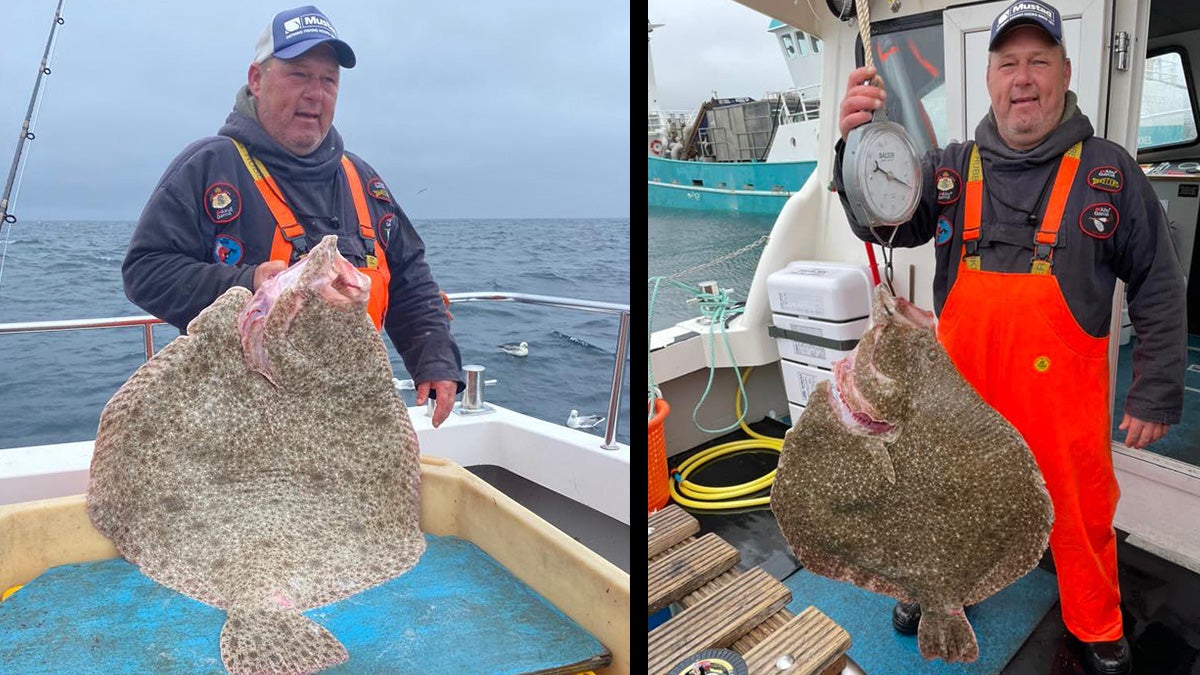 Turbot are similar in appearance to halibut and flounder. John Keggie and Savage Gear via Facebook
SHARE

On August 8, Alan Evans hooked into an absolute slab of a flatfish—a potential British record turbot. He was fishing with Shetland charter captain Jon Keggie aboard his boat The Revolution. Evans was using a Savage Gear Sandeel V2, which is a jighead paired with a soft-plastic body tailor made for targeting deep sea fish.

“We had been catching big cod all morning when I struck into something that felt really heavy,” Evans told Savage Gear in a Facebook post. “I knew from the fight that it wasn’t a cod. As the fish loomed up out of the crystal clear water, I knew it was something special. A few more pumps of the reel handle, and I was looking at an enormous turbot.”

According to Evans, Keggie knew immediately that it was a record-caliber fish—and executed the gaff flawlessly. Back on shore, they weighed the big turbot in on two different scales. The fish’s weight came in at 36 pounds, 7 pounds. “The fish is at least 3 pounds over the present British Record [that] has stood for 42 years,” Keggie wrote in a Facebook post. “Evans was delighted with his fish of a lifetime. We will now proceed to have the fish verification process carried out and claim the new record.”

Read Next: Fisherman Snags 90-Million-Year-Old Fossil in the Missouri River

According to BritishSeaFishing.Co.Uk, the existing U.K. record Turbot is a 33-pound, 12-ouncer that was caught in 1980. The International Game Fish Association does not list a turbot in its world record book. Turbot is a relatively large species of flatfish that’s highly-valued as table fare. They’re native to the northeast Atlantic, as well as the Baltic and Meditteranean seas. According to Encyclopedia Britannica, they can reach lengths of up to 40 inches and weigh over 55 pounds.