Hannah Truscott, 15, from Derbyshire, England, hauled in a giant catfish that was longer than she is tall 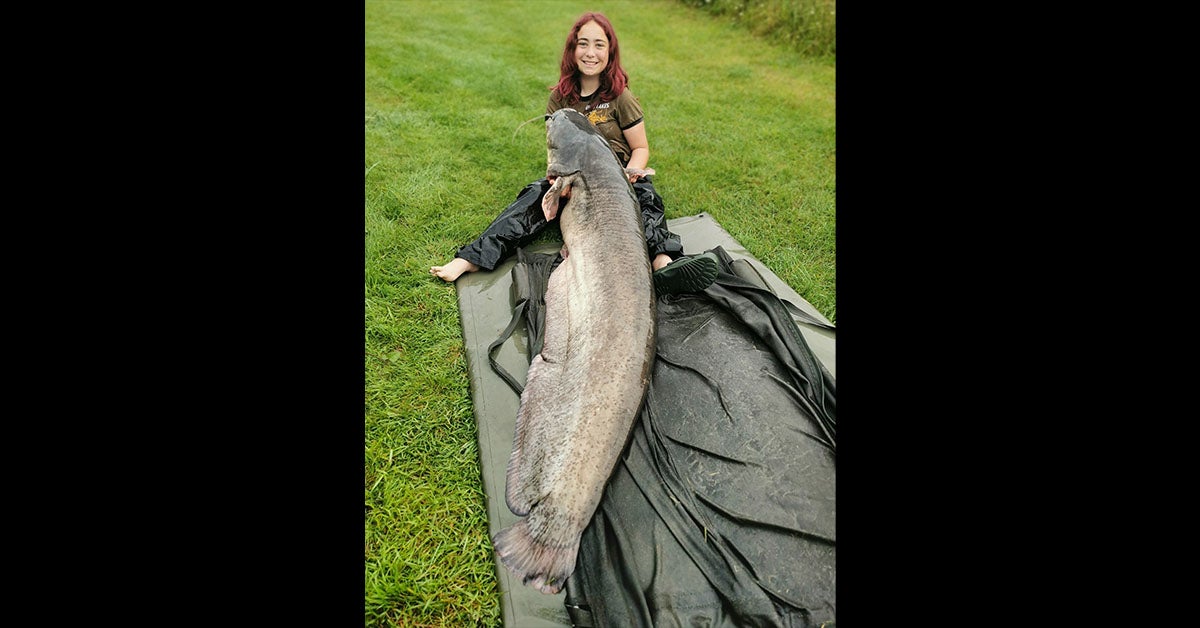 Hannah Truscott, a teenager from Derbyshire, England, almost didn’t go fishing on Friday, August 13, because the date made her worried about bad luck. Thankfully, she didn’t stay home. Instead, she caught a 96-pound catfish that was longer than she is tall. Hannah and her father, Paul, had driven 100 miles that day to try their luck on the White Lakes, a private area in Essex County in southeast England. Within minutes, the teenager reeled in a wels catfish that tipped the scales at 96.4 pounds. Hannah was using a European-style carp fishing rig called a “withy pool rig” with a bait called “Marine Halibut Pellets.”

The catfish was so massive that both Hannah and Paul had to hold it in order to get a photo. Afterward, Hannah released the fish—her personal best by 25 pounds—and continued fishing. She hauled in five more catfish that day, bringing her total for the outing to 400 pounds. Paul said he and Hannah have been fishing at that lake since his daughter was 6 years old when he first taught her how to fish.

“From then on, I’ve left her to it, and over time, she’s just mastered it,” he told South West News Service. “She’s spot-on at playing [catfish]. She’s not your normal kid—she just fishes.”

Paul says that Hannah has caught about 23 catfish that have weighed more than 40 pounds at White Lakes in the last four years, noting that “there are men who haven’t caught one over 40 pounds and they’ve been doing it years.”

Wels catfish, also called sheatfish, are the largest freshwater fish in Europe. Wels catfish reach 4 to 5 feet long and average about 100 pounds. The largest specimen ever recorded was 9 feet long and 286 pounds. In France, wels catfish have been caught on camera beaching themselves to snack on pigeons.