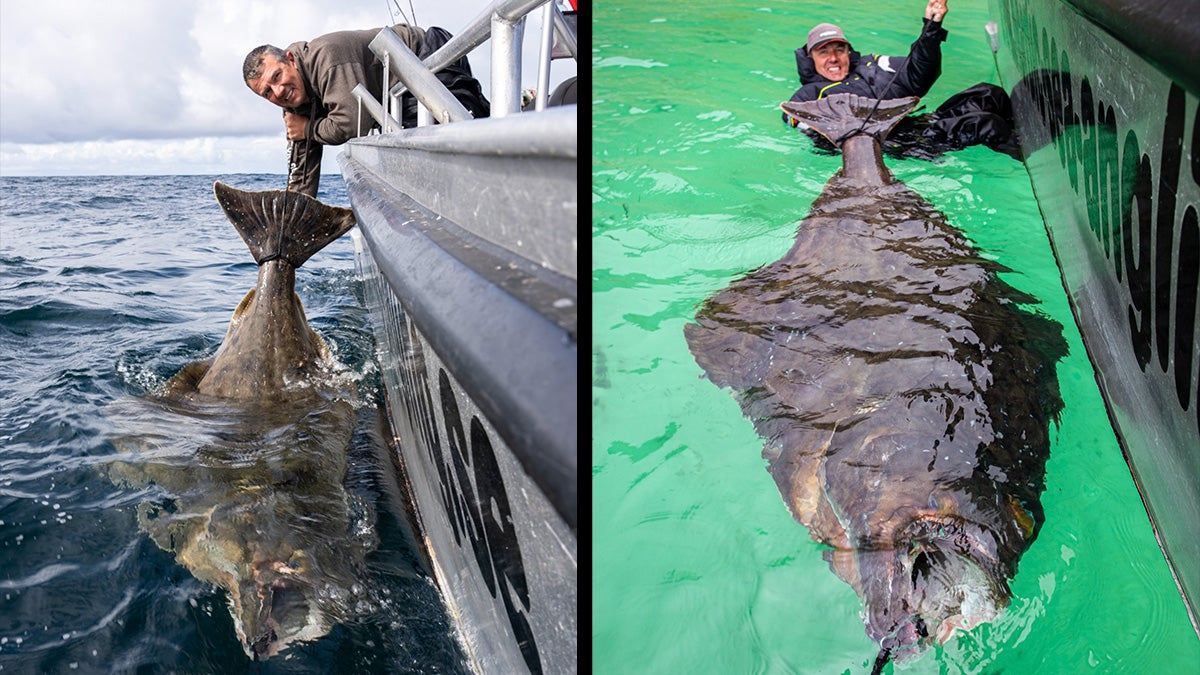 Paul Stevens of Poringland, South Norfolk has been taking anglers on fishing trips in Norway as a guide and destination manager for Sportquest Holidays for over 13 years. This year, he got in on the action—in a big way. While fishing off the coast of Norway on July 6, Stevens boated an absolutely massive halibut.

“Over the years, I don’t normally get much chance to actually fish for myself as I am busy guiding, driving the boat, and helping the guys catch their dream fish,” Stevens wrote in a Facebook post. “This year was slightly different. During the halibut competition week, I had 4 days of fishing for myself, and I was not going to let anything get in the way. After a couple of days, I finally caught my dream halibut—something I have been after for so many years.”

Stevens was using a 5-pound coalfish for bait. The fight took approximately 20 minutes. Stevens and his buddies subdued the halibut along the side of the boat with a rope. It measured a whopping 7.3 feet. Stevens estimates it weighed 400 pounds and was 70 to 90 years old. According to Norfolk Live and The Mirror UK, it’s the largest halibut ever caught by a British angler.

“I was absolutely shocked,” Stevens told Norfolk Live of his catch. “I thought it was big when I saw it, but I didn’t realize it was that big. I was brought up fishing with my dad, and then entered the fishing industry when I was older. I just love being out there on the water.”

Halibut is a large flatfish in the flounder family. The halibut that Stevens caught was an Atlantic halibut. According to NOAA Fisheries, the Atlantic halibut is the largest species of flatfish in the world. Members of the species can reach lengths of up to 15 feet and weigh up to 700 pounds. After snapping a couple of photos of his catch, Stevens released the halibut—and even recorded some epic footage of the big fish descending back down to the ocean floor.