The angler, however, prefers to stay anonymous. 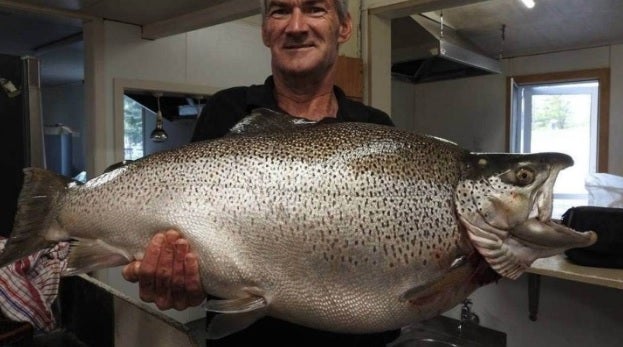 Sean Colenso of the Razza Bar and Bistro holds up the new world record brown trout, caught by a man who asked to be know only as Seamus from Turgani. IGFA
SHARE

A new world record brown trout caught last fall in New Zealand has been certified by the International Game Fish Association (IGFA). Much has been reported about the 44.3-pound fish, but virtually nothing has been revealed about the angler.

In late October, 2020, a man who has asked to be known only as Seamus from Turgani had been sleeping in his camper-van near New Zealand’s Ohau Canal, a known big-fish hotspot that had already given up a world record brown in 2013. According to reports, the secretive angler was having difficulties sleeping, got up early, and not only went fishing—he went catching.

After landing the beast, the angler took it to be weighed on a certified scale. When measurements were noted, he took it to the Razza Bar and Bistro in Twizel where he told employee Sean Colenso that he wanted to donate his fish to the bar so the mount could hang next to two other locally caught beasts that were already on the establishment’s wall, a 38.9 and a 38.2 pounder. The fish was frozen and now is with O’Rourke Taxidermists.

According to Colenso, “He did not stipulate whether it was Ohau Canal A, B, or C—he did not want to give too much away. I did not ask what he caught it on, either. He said he caught it about 7:30 a.m.”

A lot of big trout come from the New Zealand canals.  Apparently, food drifting through the nets used by the region’s salmon farms continuously feed the brown trout. Colenso said, “They don’t move, they just stay in one spot and eat and eat.”