Joseph Rohaley got a big surprise when he pulled in the 5-foot, 5-inch shark while fishing from shore north of New Orleans 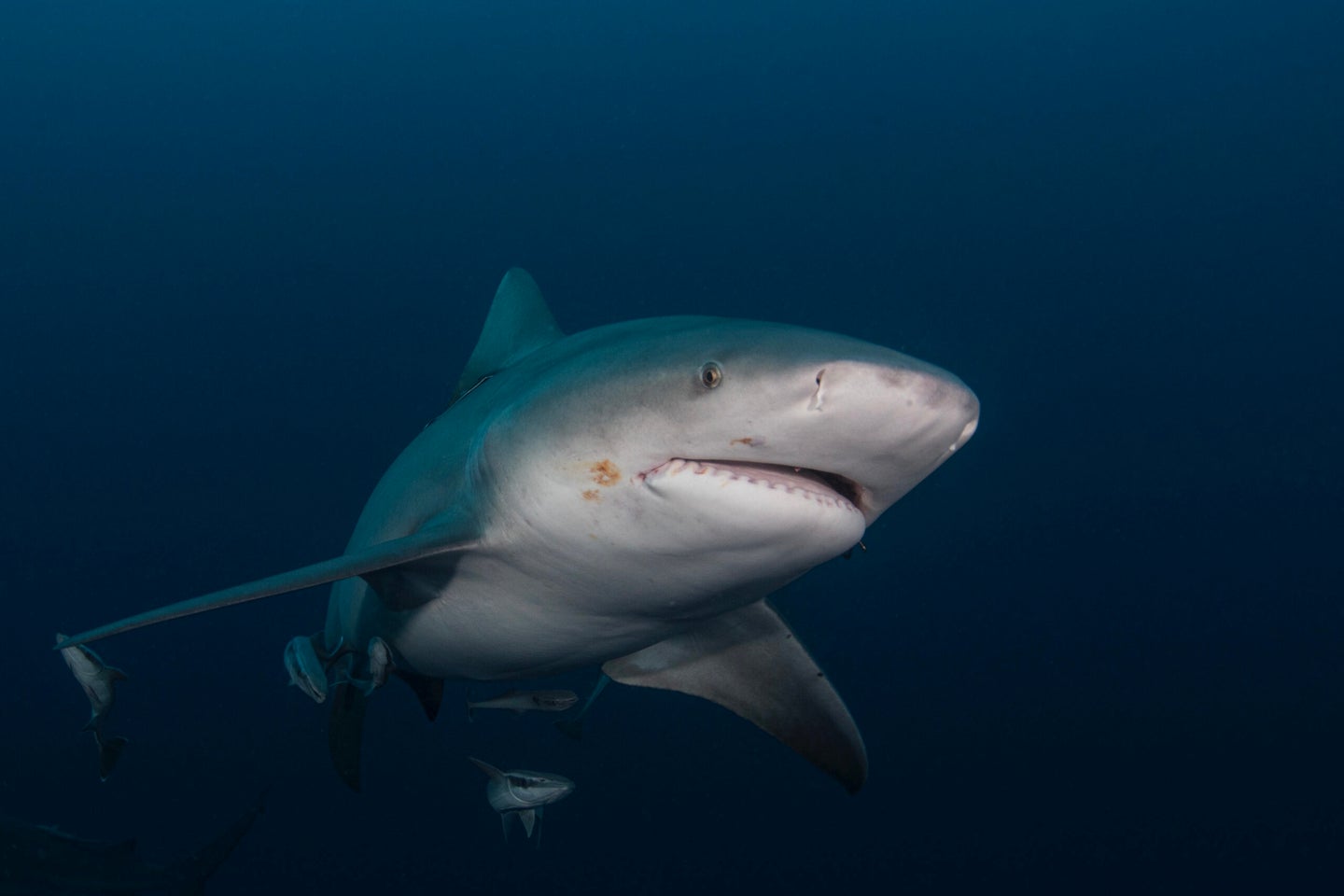 That’s the thing about fishing anywhere there’s water. You never know what you’re going to catch.

Just ask Joseph Rohaley. While fishing Lake Pontchartrain north of New Orleans on Aug. 1, Rohaley hooked an adult bull shark, and a dandy at that. “I actually play the ‘Jaws’ theme song when I fish,” Rohaley told WGNO News out of New Orleans. The classic tune turned out to be an appropriate theme since Rohaley’s catch was much larger than most bull sharks that are taken from the famous lake.

After a 45-minutes battle, Rohaley boated the 5-foot, 5-inch shark without incident. Rohaley says he prefers to fish from the shore rather than a boat because Ponchartrain’s bull sharks are capable of pulling an unsuspecting angler overboard.  “That line,” he said, “can zip from 150 yards to 300 yards in 20 seconds.”

Known to be extremely aggressive, bull sharks range in length from 7 to 11 feet; however, local anglers, Rohaley included, were surprised to see a shark of this size in the lake. Armed with firsthand experience as to the awesome strength of a hooked bull shark, Rohaley advised his fellow anglers to use caution anytime they’re on or near the water. “It’s amazing,” he said, “how close sharks come [to shore] at night. People just don’t realize.”

Bull sharks have the reputation of being among the top three shark species responsible for attacks on humans, the other two being great whites and tiger sharks. But there are things boaters and anglers can do to reduce the chance of tangling with a bull shark. Rich Toth, senior vice president of the Audubon Aquarium of the Americas in New Orleans, advised swimmers to avoid turbid or cloudy water, especially at dawn and dusk when sharks are most active near shore. Toth also warned water-lovers against wearing bright or sparkly jewelry, which a shark might mistake for the flash of prey. “There’s teeth in there,” Toth told WGNO. “I mean if you’re in the water, you’re [fair] game. Just be careful when you’re out on the water because you never know what’s in that water.”