Accidentally hooked by a local fisherman, the incredible catch surpassed a 646-pound Mekong giant catfish for the biggest freshwater fish ever recorded 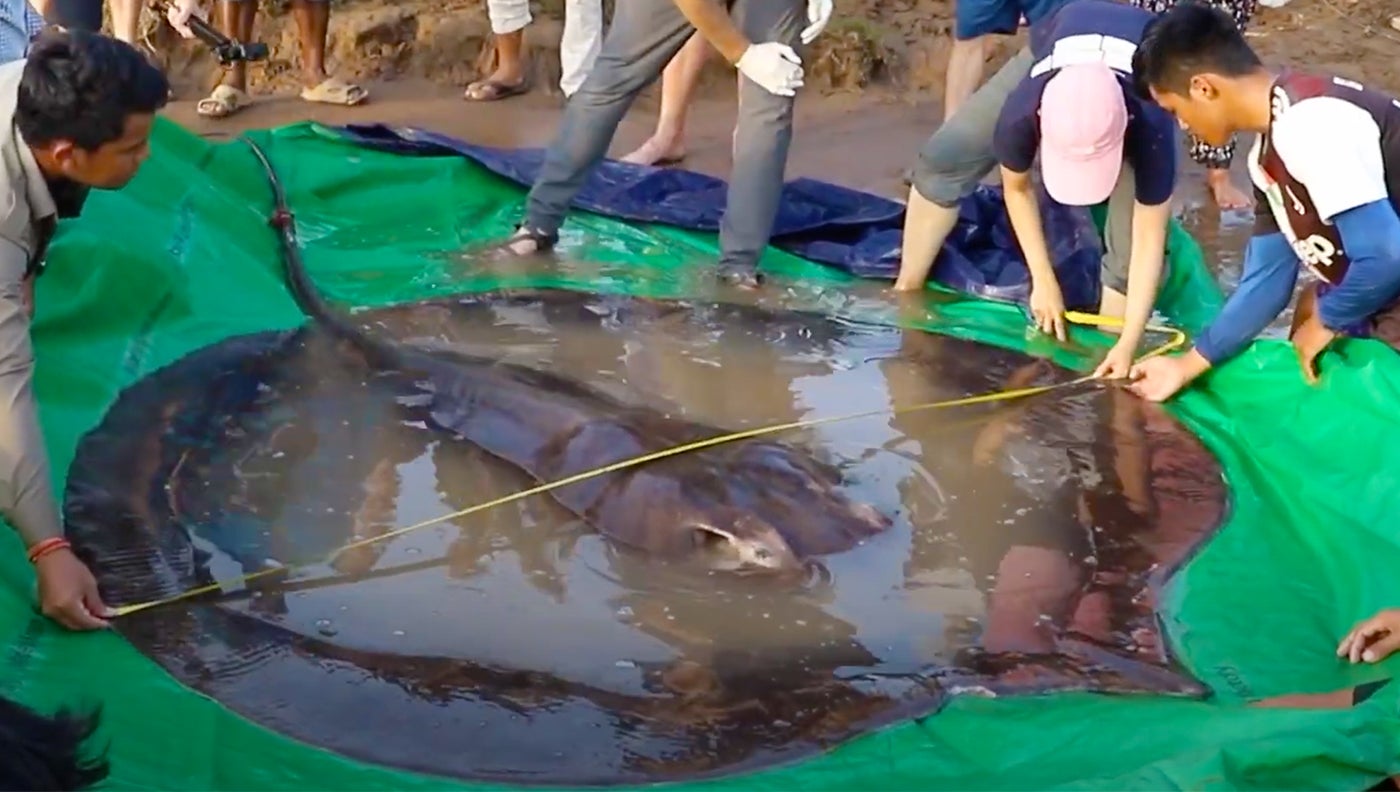 From the murky depths of Southeast Asia’s Mekong River, a new world record has emerged. The biggest freshwater fish caught anywhere, ever, was captured and released last week near Koh Preah Island on the Mekong River in the Stung Treng area of northern Cambodia. Fisherman Moul Thun, seeking smaller quarry to sell in the local fish market, accidentally hooked the giant stingray on the night of June 13, using a simple hook and line.

Instead of bringing his catch to the market, however, Thun called a team of scientists working with Wonders of the Mekong, a USAID-supported research project studying the biodiversity, climate, and hydrology of the Mekong River Basin. The group had been installing underwater receivers in the area over the past several months for a project tracking fish migrations. Over that time, they had asked local fishermen to contact them if they landed any fish of interest. In recent months, they helped tag and release two other giant stingrays.

But those weren’t world records.  FISHBIO, a partner on the Wonders of the Mekong project, officially weighed Thun’s nearly 13-foot snout-to-tail catch at 661 pounds, crushing the previous record, a 646-pound Mekong giant catfish, caught on the Mekong in 2005, in Thailand.

Zeb Hogan, a fish biologist at the University of Nevada who leads Wonders of the Mekong and hosts National Geographic’s Monster Fish television series, told National Geographic, “It proves these underwater leviathans, which are in critical danger, still exist.”

FISHBIO tagged the giant freshwater stingray and released it back into the river, expressing optimism that it remained healthy and would survive the 18-hour process from catch to release. The tag, which emits an acoustic signal, will help them track the fish’s movements and learn more about the species’ behavior.

Hogan said that giant stingrays feed on shrimps, mollusks, and small fish on the bottom of the river, which it sucks up with its banana-shaped mouth. It is believed that the Stung Treng stretch of the river is an important pupping ground for the river’s largest fish. Hogan told NBC News, “It’s a particularly healthy stretch of the river with a lot of deep pools—pools up to 90 meters deep. We started focusing on this area as a stretch of river that’s particularly important for biodiversity and fisheries, and as a last refuge for these big species.”

For his efforts, Thun was paid market value for his amazing catch.