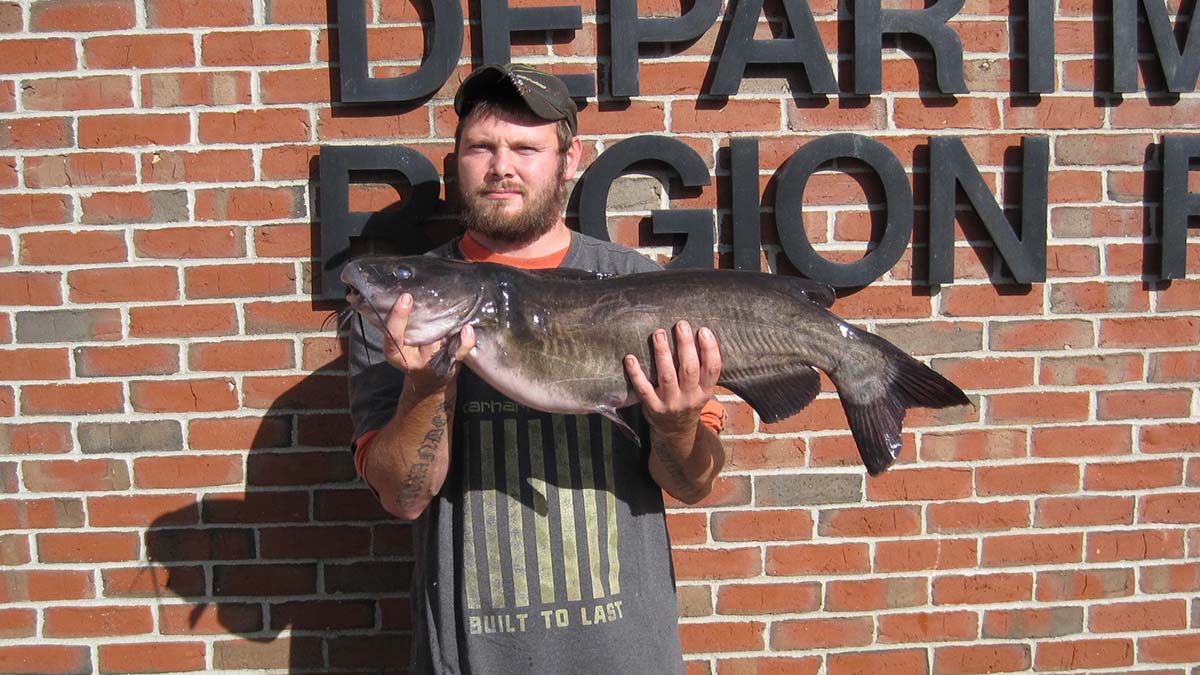 Channel catfish are not native to New Hampshire. NHFG
SHARE

The Granite State has a new state-record channel catfish. Scott Alexander Jr. of Sullivan, New Hampshire, caught the 15-pound, 12.8-ounce cat on Sept. 27 in the Connecticut River near Hinsdale, according to the New Hampshire Fish and Game Department. The fish was 31.9 inches long.

The previous state record, caught by Matt Smith in August 2020, weighed 15 pounds, 5.28 ounces and was 31.3 inches long. It also came out of the Connecticut River.

Channel catfish, which prefer clean bottoms of sand or gravel and warmer water temperatures, are not native to New Hampshire, and the Connecticut River is considered to hold the state’s only fishable population. They are found in the New Hampshire section of the river from the Bellows Falls Dam in Walpole to the Massachusetts border. It’s thought that the fish have slowly found their way up the river from Connecticut and Massachusetts over the last decade or so.

Though fairly uncommon in New Hampshire, channel cats are widely distributed throughout most of the U.S., with naturally occurring populations from the Appalachian Mountains to the central and western states and thriving introduced populations on the East and West Coasts. Their status is perhaps nowhere more exalted than in the Midwest, where four contiguous states—Iowa, Kansas, Missouri, and Nebraska—have designated the channel cat as their official state fish. The biggest catfish, though, are caught in the south. The IGFA all-tackle world record channel catfish, a 58-pound whopper caught in 1964 by W. Whaley, came out of the Santee-Cooper Reservoir in South Carolina.