Jason Smiley has been chasing trophy brook trout in Colorado waters for over a decade. In early October, he netted one for the record books 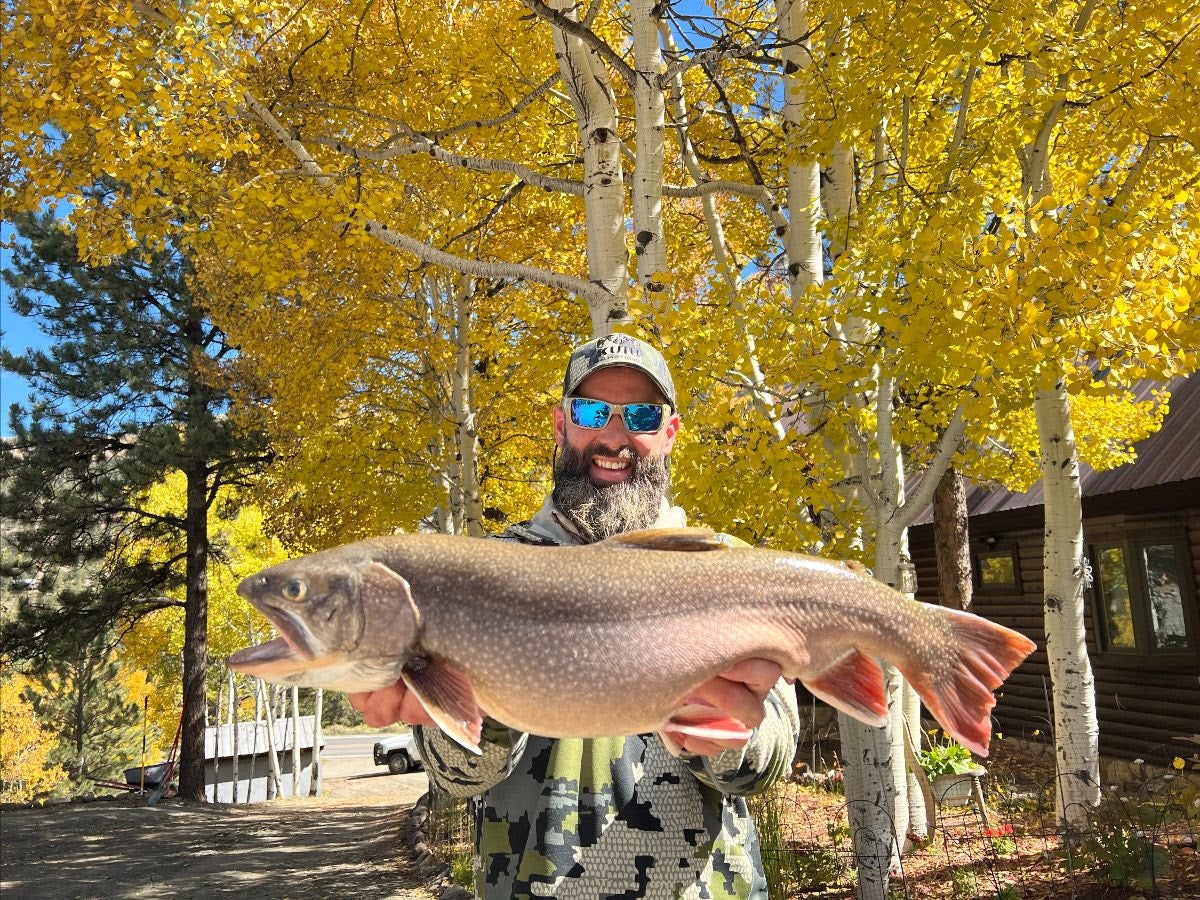 On October 8, 2022, angler Jason Smiley hooked into a once-in-a-lifetime trout while plying the waters of a remote mountain lake in Colorado’s Uncompahgre National Forest. The fish turned out to be a 8-pound, 9-ounce brook trout—the largest brookie ever caught and recorded in Centennial State history. According to the Colorado Department of Parks & Wildlife (CPW), the trout measured 26.35 inches long and had a 16-inch girth. Smiley netted it just five months after another Colorado fisherman named Tim Daniel caught a 7.84-pound brook trout that bested a record stretching back to 1947.

“The experience of this catch has been surreal, and it took a few days to soak in,” Smiley later told the CPW. “The toughest thing for me was deciding to keep the fish.” Smiley caught the big brook trout in Waterdog Lake after hiking 3.9 miles and gaining 2,400 feet of elevation.

He’d hooked quite a few smaller fish throughout the day and was on the verge of calling it quits when the lunker slammed his artificial bait, he said. “When it surfaced, and I could see it—all I could think was, Wow!” Smiley said. “I’ve caught big brookies in the past around the state, but when I saw this one, it was just different. It had way more length than any of the big ones [I’ve caught] before.”

The big brookie put up a rigorous fight before it finally found the bottom of Smiley’s net. But as soon as it did, the powerful trout rolled out and retreated for the center of the Waterdog Lake. “I went into I-can’t-lose-this-one mode,” Smiley said. “She pulled and rolled and was doing some crazy things. My heart sank when she flopped right back out of the net, but she stayed hooked up, and I brought her in a second time. It was a wild, crazy deal.”

With the trout safely in hand, it was time to get it off the mountain and onto an official scale. Smiley put the behemoth in his backpack and took off down the steep trail toward a post office in the nearby town of Lake City. Then, through a friend, he notified CPW aquatic biologist Dan Brauch. Brauch, who was familiar with Waterdog Lake, arrived on site to certify the catch and make the record official.

“Having sampled that water, I know the shoreline is loaded with scuds,” Brauch said. “So I am not too surprised this fish came from that lake, but it is a smaller body of water. It’s not a lake that handles a lot of use or fishing pressure, and it’s difficult to access. Seeing two record fish in one week caught from there, it’s a cool story.”

The Colorado brook trout record was 75 years old—the longest-running fishing record in the state—when Tim Granby upended it in May of this year. But it’s been challenged twice since then, according to CPW. Roughly one week before Smiley’s latest record-setting effort, an angler named Larry Vickers pulled an 8.2-pounder from the same lake, but he opted to eat the fish instead of having it certified by state biologists. News of that catch inspired Smiley to make his trek up to Waterdog Lake on October 8.

Smiley said he struggled with his decision to keep the fish, which he will ultimately have mounted. “It’s been the toughest thing for me, but we learn [that] none of them live forever,” he said. “I’ve let some really big ones go, and then you see them later, and age has not been kind to them. They regress and go the other way when they aren’t getting the nutrients they need to maintain that size. This one was in peak condition, and I made the decision to give that fish the recognition it deserves.”