The 21.3-pound white cat doubles the previous state record and potentially smashes the IGFA all-tackle record, too. And no, it's not a channel cat 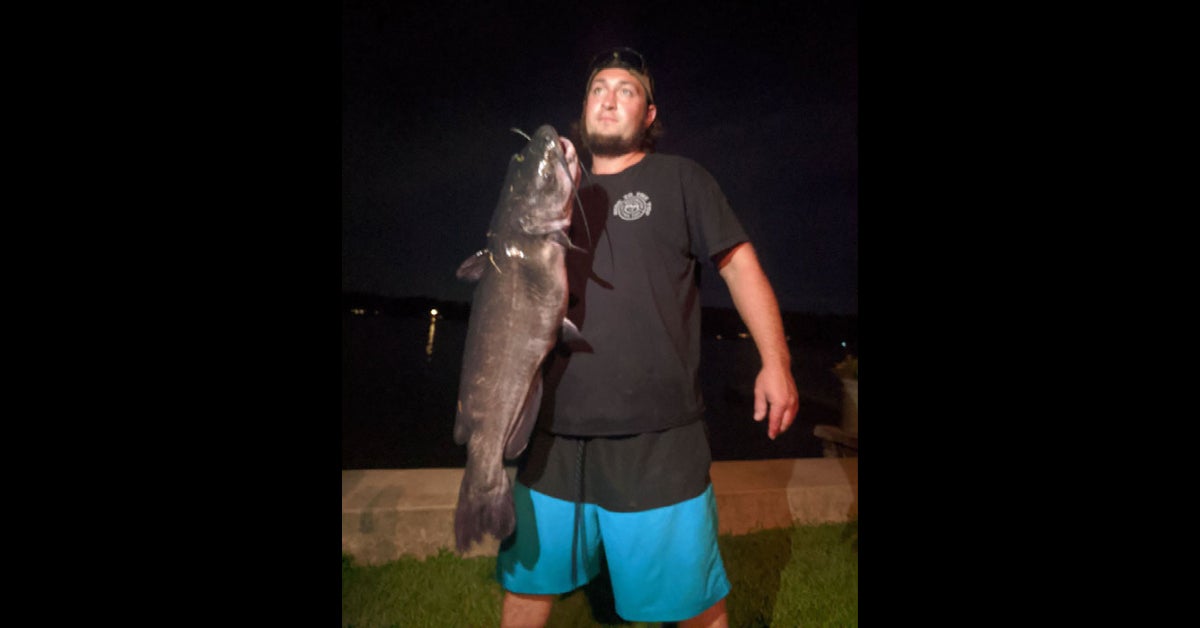 This fish is bonkers big for a white cat. Ben Tomkunas
SHARE

Update: On September 27, 2021, the Connecticut Department of Energy and Environmental Protection (DEEP) recalled their original September 8 confirmation of Ben Tomkunas’s state-record catfish, citing “questions raised both internally at DEEP and by outside sources.… Without the ability to examine the actual fish, identification is left to still images and videos, which have proven to be ambiguous and inconclusive to definitively identify the species of catfish in this case.” The DEEP apologized for the error and says that any further questions or comments should be directed to Mike.beauchene@ct.gov.

It’s one thing to break a state record; Ben Tomkunas nearly doubled one while fishing with a buddy. His 21.3-pound white catfish absolutely shattered the previous Connecticut state record white cat, which was a mere 12.75 pounds.

“It was almost like pulling in a 30-inch striper,” Tomkunas told F&S. “It was the craziest fight. When we got it on the shore, we said ‘Holy moly!’”

While the Connecticut Department of Energy and Environmental Protection (DEEP) has confirmed the state record, Tomkunas is getting his documentation together for an International Game Fish Association record application. His white catfish is significantly bigger than the current IGFA all-tackle white cat world record, which is 19 pounds, 5 ounces, and was set in Oakdale, California in 2005.

Tomkunas’s 38-inch cat ate a boilie on a sizable J-hook sunk to the bottom of Wangumbaug Lake (known locally as Coventry Lake) with a 1-ounce sinker. The bait was meant for carp. “I actually had no idea that there were catfish in the lake,” the angler said. His fishing buddy knew better. When he laid eyes on the fish, according to Tomkunus, he said, “Dude, you just beat the record.’”

In remarking that the catfish fought like a striped bass, Tomkunas, 25, speaks from experience. Coventry is less than 40 miles from Long Island Sound, where stripers, bluefish, fluke, false albacore, and other species provide plenty of excitement. Lately, however, Tomkunas has developed an interest in big freshwater fish, which was why he was out at midnight fishing for carp. But while landing a big carp can feel like “pulling in a log,” it turns out that hooking into a big catfish can be exciting, too.

“My drag was pretty tight,” he recalled. “We were sitting in chairs, and my reel started screaming louder than I’ve ever heard it scream before.” Fortunately, Tomkunas’s fluorocarbon leader and 30-pound braid held, and he was able to slowly work the fish to shore.

Never heard of a white catfish? Here’s what it is.

Whiskered fish are common across Connecticut, though most of them were introduced from elsewhere. The state currently has 10 lakes, ponds, and reservoirs that are designated as catfish management lakes. Channel cats, which often grow as large as 25 pounds, have been stocked and relocated in the area since the mid-1900s. They have established a thriving population in the Connecticut River. Meanwhile, white catfish are tolerant of mild salinity and therefore do well in estuaries including the Connecticut, Housatonic, Thames, and Quinnipiac rivers. They were previously thought to top out at around 26 inches, though Ben Tomkunas’s fish proves they can grow far larger. The DEEP had to look closely to make sure the fish wasn’t a channel cat. The white catfish has a broader mouth, a shorter anal fin, and a less sharply forked tail than the channel cat.

Read Next: 10 of the Biggest World Record Catfish Ever Caught

“With multiple sets of expert eyes, we confirm the new state record,” the agency announced. With the Connecticut record official and a possible IGFA submission in the works, F&S asked Tomkunas if he’d ever imagined that he would land a potential world-record fish on that Friday night in August.