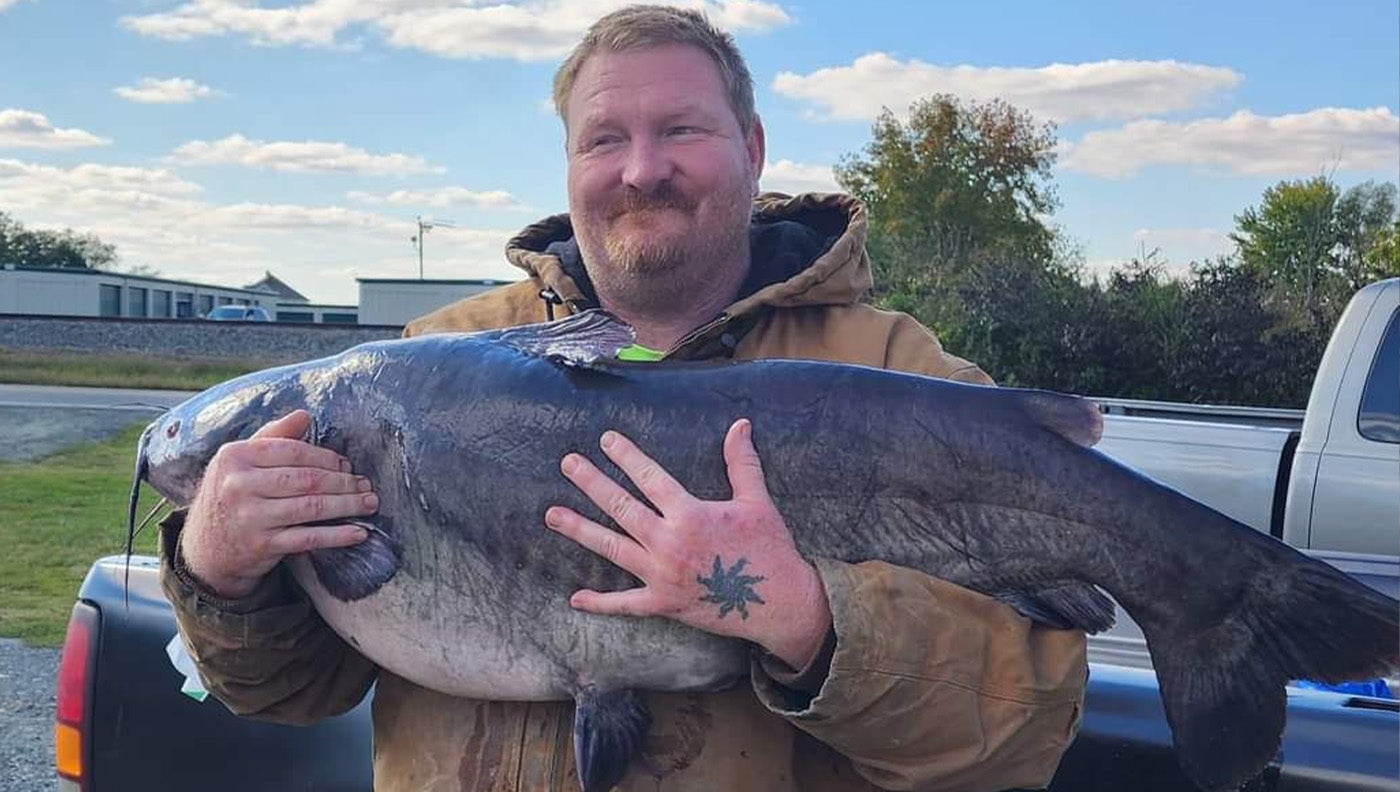 Delaware has a new state record blue catfish. The 48-pound, 3.2-ounce fish was pulled from the Nanticoke River at approximately 1:30 a.m. on October 8 by James Lord. “It’s the biggest catfish I’ve ever laid my hands on,” Lord told F&S. “I caught it straight off the bottom while fishing with a 4.5-inch live bluegill with a 4-ounce sinker.”

Lord said that conditions have been tougher than normal on the Nanticoke this year. “I’ve been trolling around this place for about three months. The drought this summer’s been terrible,” he said. “It was so hot and dry that the only things that were hitting were catfish and snakeheads—so we started targeting the catfish.”

Lord and his son, James Lord Jr., were using night crawlers and chicken breast for bait at the beginning of the summer.  They were bringing a lot of good fish to the boat that way, but as the season progressed, they decided to up the ante. “About a month ago, I found this drop-off where the depth goes from 3 feet to 8 feet, and then all the way down to 15 feet,” he said. “With the outgoing tide, your boat sits just right to cast it into the deep and bring it back into the shallow as needed. I started out in that spot using 2.5-inch bluegills. I kept catching the 10-pounders, so I went up to 3.5-inch bluegills, and I was catching a lot of 15- to 20-pound catfish with those. Then I went to a 4 ½ inch, and [the 48-pounder] slammed it.”

Lord said he had four other lines out when the record-breaking blue cat inhaled his bait. His son reeled them in when Lord hooked up. “If it wasn’t for him, I probably would have crossed my lines, and I might have lost that fish,” Lord said. “It’s a team effort every time we go out.”

Blue catfish aren’t native to the Nanticoke. According to the National Oceanic an Atmospheric Administration (NOAA) they’re invasive throughout the entire Chesapeake Bay Watershed. Though they make for fun fishing, they are wreaking havoc on ecosystems within the Bay and in its tributary rivers. “Blue catfish eat basically everything, including blue crabs and other fish,” NOAA writes on its website. “They compete with other larger fish for food. They eat those other fish, too. As a result, these apex predators are throwing the food web off balance.”

Regardless, Lord said he couldn’t be happier with his state-record catch, and he plans to have it mounted. He’s already got his sights set on a neighboring state’s blue catfish state record. “I’m close enough to the Maryland line, and I’m shooting for that one, too,” he said. “Their state record is 86 pounds, and it was caught in the Potomac. We’re on the other side of the bay from the Potomac. There’s a hole over there that I’ve been fishing. I haven’t gotten anything over 20 pounds out of it yet, but I know [there are bigger fish] in there.”