Check out this bizarre-looking fish with human-like teeth. It's actually a relatively common species known as a sheepshead 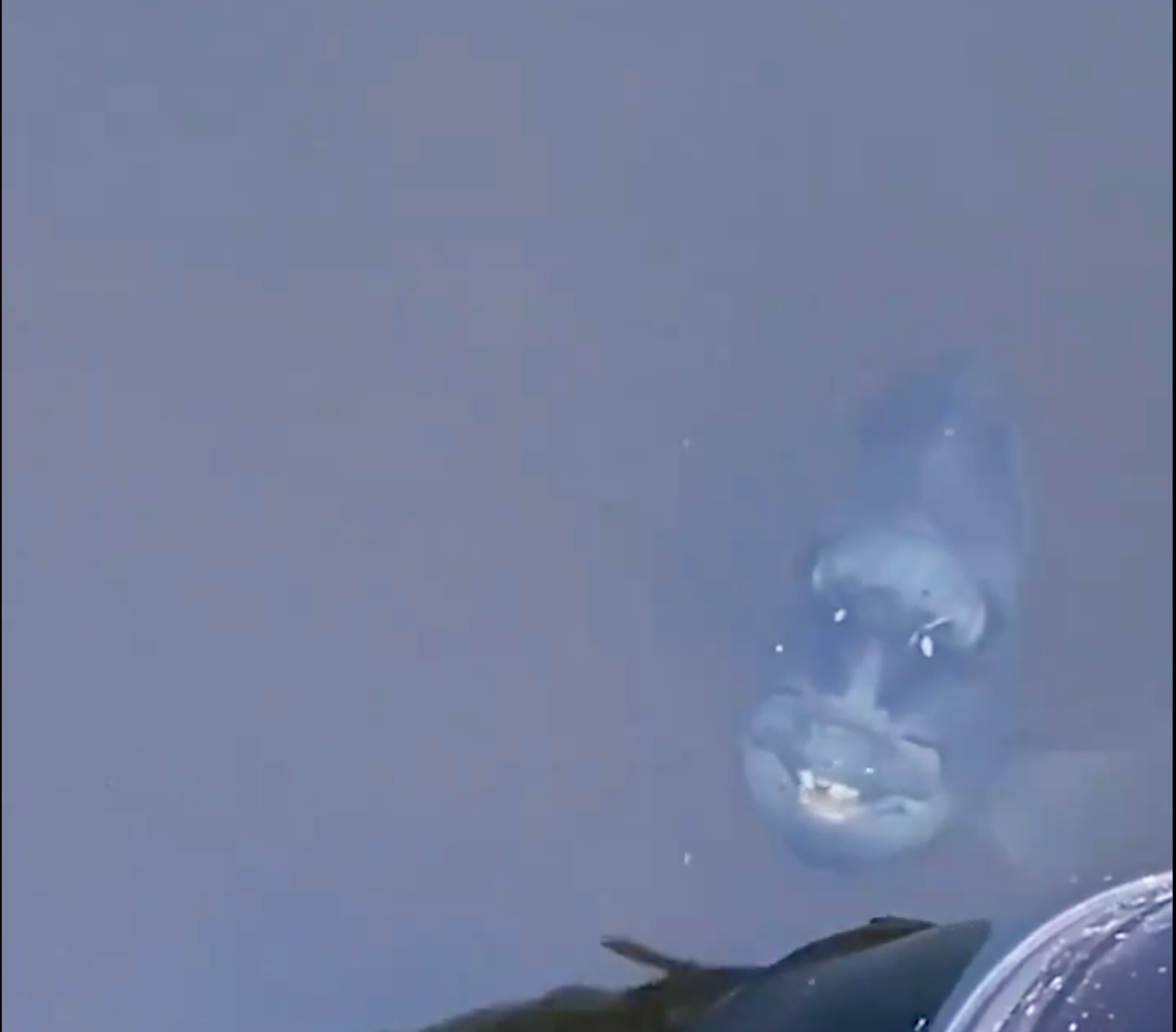 You wouldn't want this fish to chomp on your hand. Frankie Nickole via TikTok
SHARE

It’s not everyday that you see a fish with an orthodontist-approved smile looking up at you from the canal, but that’s just what Frankie Nickole encountered this July from a dock in Cape Coral, Florida. She posted a video of the bizarre-looking fish, which has teeth eerily similar in appearance to that of a human, on the video-sharing website TikTok.

“I’m not sure what this weird looking fish is, but this is why I won’t swim in canals or rivers,” Nickole wrote in the post. She also described the specimen, which disappears into the murky canal at the end of the short video, as a #demonfish. It’s impossible to identify the fish with 100 percent confidence from the video alone, but it is almost certainly a sheepshead.

What is a sheepshead?

A sheepshead is a species of marine fish common to the entire East Coast, as well as the Gulf of Mexico, though the greatest concentrations are found in the waters off of Florida. They thrive in brackish water and use their sturdy, human-like teeth to crush and grind shelled creatures. In fact, sheepshead not only have distinctive teeth, but they have a lot of them: two rows of molars on their lower jaws and three rows on their upper jaws.

Sheepshead typically grow between 10 and 20 inches long, but can reach lengths pushing 35 inches. They’re sometimes known as “convict fish” for the black-and-white bands along their bodies. Sheepshead are known for their sweet and slightly shellfish-like flavor. Anglers looking to target sheepshead should plan to soak baits, from live baits like shrimp and small crabs to the meat of oysters, clams, and mussels. Fish near structure such as mangroves and docks.

Sheepshead typically crush their meals before consuming them, so be prepared for a light first strike. On the first hit, slowly reel the hook tight to slip it into their bony mouths. If that fails, don’t fret. The sheepshead will likely return and take the bait more fully. Set the hook hard and reel in a toothy—but tasty—catch.