Even among the angling community, the use of drones to find and cast to fish is controversial 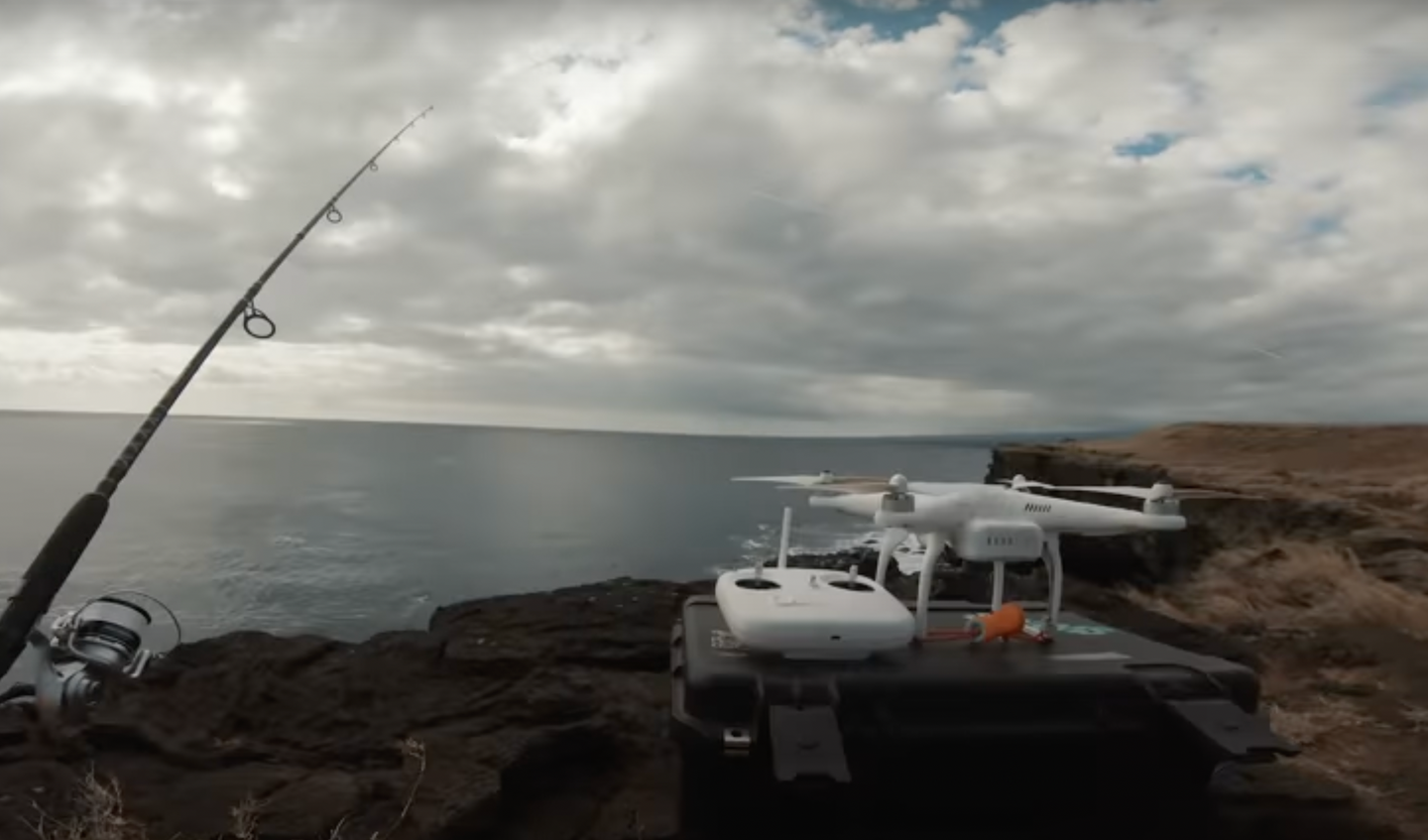 Some anglers in Hawaii use drones to carry lures and baits well beyond casting range. Yessah Fishing
SHARE

As the sun sets on a Hawaiian island, an angler pulls up to a remote beach and unloads a 12-foot surf rod, a rod holder, and some dead squid. Normally, he can cast 60 yards or so with the outfit, but the yellowfin tuna he’s targeting are 300 yards out. No worries. He threads a squid onto a hook, attaches his line to a drone and, before long, he’s celebrating with a 3-foot tuna at his feet. But these types of celebration may not last very long, as the state of Hawaii has just moved legislation forward to ban the use of drones for fishing.

Last Thursday, officials in Lihu’e briefed anglers on Senate Bill 2065 during a meeting held by the Department of Land and Natural Resources Division of Aquatic Resources. While drones are allowed in Hawaii for recreational and commercial use, subject to FAA regulations and flight controls put in place by local governments, the legislation would prohibit “the possession or use of unmanned aerial vehicles in state waters for purposes of fishing.”

Anglers use aerial drones in three main ways: finding fish, “casting” to fish, and casting to and retrieving fish. Many drones, of course, can also be used to record video of the catch. Currently, according to the International Fish and Game Association, it is legal to fish with a drone anywhere in the United States provided the line detaches from the drone once a fish is hooked. In some states, it is illegal to hook and pull a fish out of the water using a drone.

Pros and Cons of Drone Fishing

The subject is a controversial one even in the angling community. Some view drones as simply new equipment that improves their odds of catching fish and makes it more fun. Others view it as unfair to the fish and to anglers who may not be able to afford the high-tech devices. Some advocates argue that drones provide an opportunity for people who are otherwise physically unable to fish to enjoy the sport, while some opponents claim that using the devices creates ocean pollution and endangers protected fish and marine mammal species. In Hawaii, the impact on traditional environmental stewardship and fishing practices is also a concern.

The proposed Hawaii statute, which began its legislative journey in January, passed out of the House of Representatives earlier this month and is currently being discussed in conference hearings. During the process, the public also has the opportunity to offer written or oral testimony. Recently, in testimony, Leimana DaMate, the Executive Director of Hawaii State Aha Moku, said, “It is important to not forget that native Hawaiian fishing and gathering practices and rights are protected by Hawaii State law. Unmanned aerial vehicles used for purposes of fishing would either purposely or inadvertently pinpoint fishing ko ’a, gathering places of endangered limu, opihi and other marine coastal and deep-water species that have been preserved and maintained for generations.”

After the conference hearings and public testimony, the legislation will return to the state bodies for final review.