If you want to catch more trout clinging to the bottom of a stream, ditch your strike indicator and give Euro nymphing a try 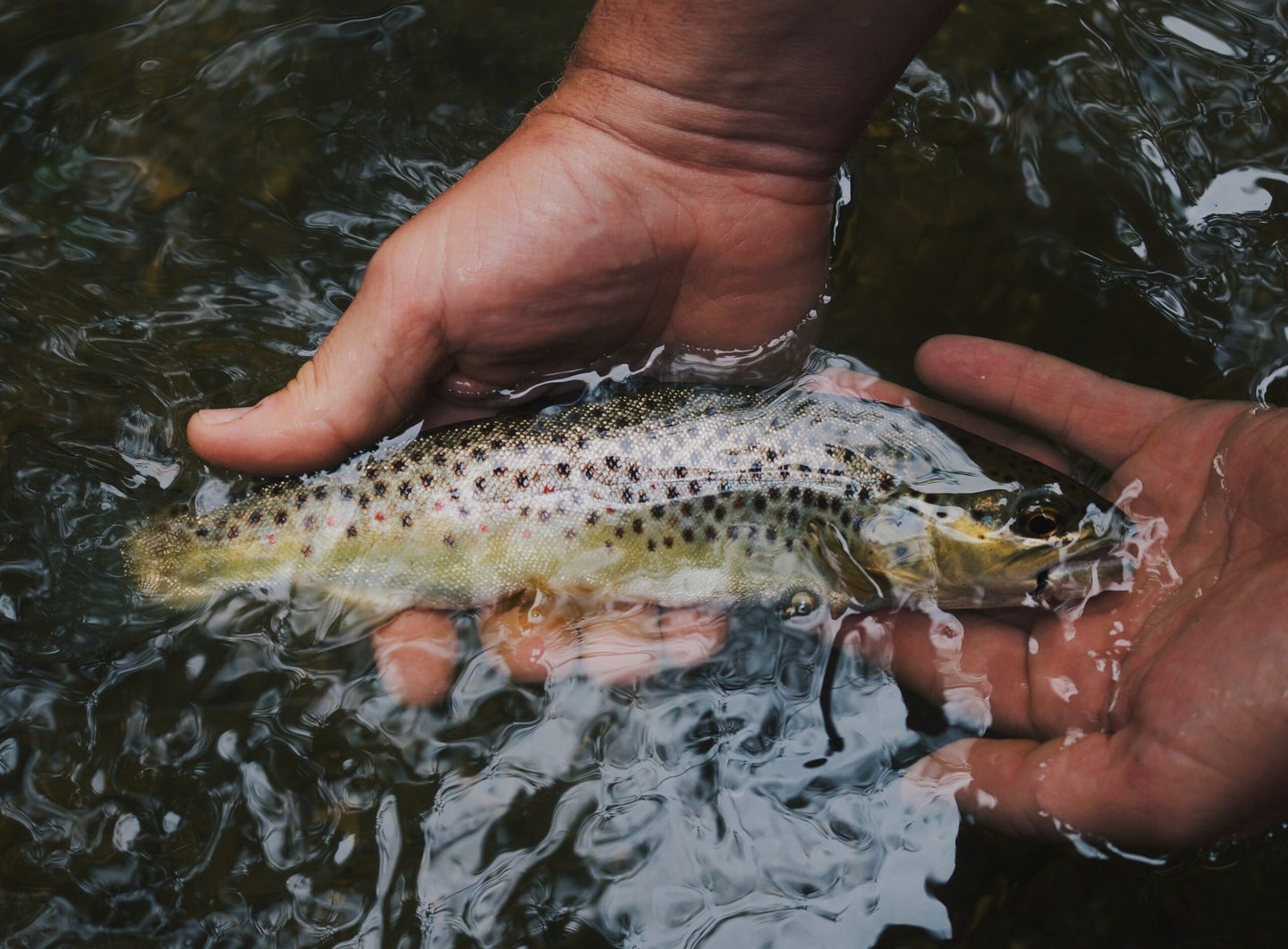 Use the Euro-nymphing technique to put your flies where fish spend most of their time feeding. Hunter Brumels via Unsplash.com
SHARE

If you’re interested in fast cars, your experts are NASCAR and Formula 1. If you’re into basketball, perhaps your role models are the NBA. And if you want to catch more trout, you may want to fish the way they do on the competition fly-fishing circuit.

Competition fly-fishers spend a lot of time, money, and effort to win their medals. They need to catch trout, and they mostly do it by fishing nymphs on a tight line. The style has become known as Euro nymphing—after the Czech, Polish, French, and Spanish competitors who perfected it—and it’s caught on among recreational anglers too.

How to Set Up a Fly Rod for Euro Nymphing

Tight-line nymphing has been around for ages, but it became a full-blown category of fly-fishing when European tournament anglers developed workarounds for their contest rules. For example, no split shot or other weight is allowed on the line, so any fly meant to be fished more than a few inches deep was built with a metal bead to help it sink. Strike detectors were also prohibited, so the Euro anglers added brightly colored sections of monofilament to their leaders as sighters.

Long, light rods, typically 3- or 4-weights up to 11 feet, are helpful in this game. But the most pronounced feature of Euro nymphing gear is long leaders, 20 feet or more—so long the actual fly line is seldom used at all. You cast the leader, not the line, which is a big departure from the classic fly cast, where a weight-forward fly line is used to pull the leader, the tippet, and the fly to the target water.

The Euro setup lets you fish 15 or 20 feet away with a direct connection from your rod tip to your fly—no line lying on the water, where currents can pull your fly off course, and no slack to spoil your hook-sets. You can drift a nymph through every pocket and seam, easily controlling its depth by the angle of your rod.

It’s remarkably effective, which you might expect of a technique widely used in world championship tournaments.

How to Make Your Own Euro-Nymphing Leader

Many companies now sell fly lines that are almost as thin as butt sections of leaders, because some competition rules or state fishing regs limit how long a leader can be. But it’s also easy to make your own long leader and attach it to whatever kind of fly line is on your reel.

Most leaders for Euro nymphing (also known as contact nymphing) start with a long butt section, with 20-pound Maxima Chameleon being the most popular choice. The leader may include shorter sections of lighter pound-test material to create a taper. There’s often a segment of sighter material, either purpose-built or just some hi-viz spinning line, with a tippet ring at the end. From there you add your tippet, in the thickness and length you need for your fishing.

Casting a leader instead of a fly line takes some getting used to. A soft-action rod can help, but most trout rods are up to the task, once you dial in the necessary force and the timing. A single false cast is often enough to get the fly where it needs to go, especially since it usually isn’t going very far.

Fishing your Euro rig is straightforward: Drop your nymph upstream of every place that might hold a trout and drift it through. Most drifts will only take a few seconds. You’ll lift the nymph at the end of the drift and snap it into place for the next one quietly and efficiently. If there’s a trout nearby that’s at all inclined to eat, your rod will bend.

Here are a few tips to keep in mind if you give Euro nymphing a try.

1. Learn When to Set the Hook

You’ll feel plenty of takes on your tight Euro leader, but by no means all of them. Trout can take a nymph and then spit it back out so delicately that you never know it happened. Watch your sighter like a hawk, and set the hook at the slightest indication of an interruption in the drift.

Euro-nymphers love the tuck cast, for the way it punches their nymphs through the surface. It’s a simple trick to learn. Basically, just push a little too hard at the end of your forward cast. The result is nymphs that reach the desired depth more quickly.

3. Get Close to Trout, but Be Sneaky

Stealth is of utmost importance in close-range fishing. Avoid bright clothes, stay downstream of fish or spots where they’re likely to be, keep your shadow off the water, and don’t stumble around when you wade.

4. Run Two Heavy Nymphs on Your Line at Once

Two nymphs can be better than one. It’s a way to give the fish a choice between small and large, dark and light, slim and shaggy. Adding a heavy nymph can help a light one sink, and may pull strikes in its own right. The easiest way to add a dropper is to add another section to your tippet with a triple surgeon’s knot, leaving a tag of 8 inches or so where you can tie on the second fly.

5. Fish Every Inch of the Stream

Be thorough. Competition anglers spend three hours fishing beats as short as 100 yards, and they search every inch for trout. Certainly, fish the 4-foot-deep run and the pocket behind the boulder—but sneak up on the shallow flat and fish that, too. You might be surprised to make a good catch there, although the Euro guys aren’t surprised at all.

Read Next: 10 Day-Saver Flies No Fish Can Resist

Know When and When Not to Use Euro Nymphing

Tight-line nymphing isn’t the best choice for all situations. You’re better off suspending your nymph under a strike indicator (or a buoyant dry fly) on slow-moving pools, when you need to fish at distance, or when the wind plays havoc with your Euro leader.

But when searching the pockets for trout, Euro nymphing is a very useful technique. Yes, your $80 fly line is reduced to the role of backing, but you can swap in a standard leader and cast in the classic way if the trout start rising to a hatch. In the meantime, you may see a welcome increase in your catch rate, even if you’re only competing with yourself.