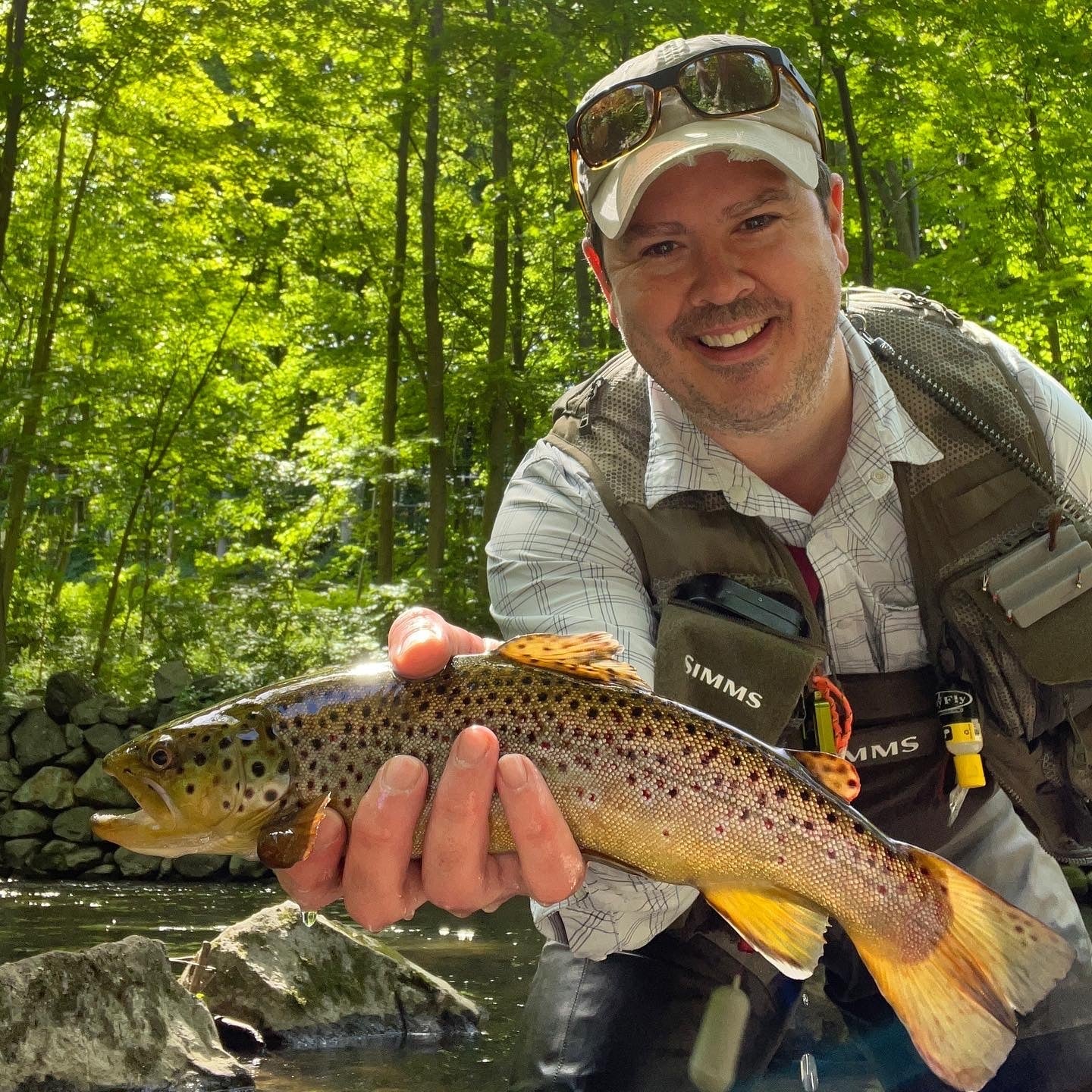 The author shows off the first of three nice brown trout he landed on a recent Sunday on his home river. Colin Kearns

Welcome to the Limits Issue—and the All-New Field & Stream+

For our latest issue, we explore the kinds of limits hunters and anglers face in the wild

I WENT FISHING on Sunday for a change. I typically stick to weekday mornings or late afternoons, when I can count on having the place to myself. But it had been a couple of weeks since I’d fished, and the need to spend time on the water was gnawing at me, so I chanced a weekend outing. I left home bright and early and made great time on the road—and still arrived to a crowded river.

I spent the first couple of hours in pocket water downstream of a trio of spin-fishing anglers. I landed a few trout—all the while keeping as close an eye on the other fishermen as I did on my strike indicator. When they eventually left, I moved near where they’d been fishing.

I wrongly assumed everything upstream from there would be mine, until I spied another lone fly angler. He was smack-dab in the middle of my favorite stretch of the river. Maybe I could’ve eased my way in there—but I didn’t want to risk broadcasting my go-to holes. Besides, he’d beat me to it, so I let him enjoy the run for as long as he wanted. When he, too, eventually left, I once again made my move.

I’ve had a lot of good days on this river that I’ve come to think of as my second home—but this random Sunday ranks up there with the very best of them. As soon as I had the stretch to myself, the strikes were almost nonstop. From one riffle alone, I netted three of the biggest trout I’ve ever caught there. More than once, after I released a fish, and when I knew for sure that I had the river to myself, I laughed out loud. Looking back, those moments of utter joy and freedom and escape marked the arrival of summer for me.

I continued upstream and came to a pool just beneath a spillway. I cast and drifted my nymphs along a seam on the edge of some soft water. The indicator paused…then sank. I set the hook and, a couple minutes later, scooped yet another trophy brown into my net. After I released the fish, I began the motion for a backcast—but stopped before my flies could take flight. Enough, I thought.

The older I get, and the more I fish, the more days I have where I find myself wishing I would’ve stopped fishing sooner—on a high note, when I was the most content. More often than not, though, I talk myself into leaving after one more fish. But that just feeds greed for yet one more fish and so on until I’m tired and my casting gets sloppy and I’m frustrated because I just snagged another overhanging limb. By then, every remnant of the contentment I had felt earlier is forgotten.

On this Sunday, though, I found the moxie to stop after that last big brown trout. I didn’t keep any of the trout I’d caught, but as I walked downstream back to the car, I couldn’t help but smile from the satisfaction of feeling as though I’d caught my limit.

In the outdoors, we encounter and experience all kinds of limits—limits of game and fish, limits in our abilities as hunters and anglers, limits we place on ourselves with the equipment we use. The all-new edition of Field & Stream explores those examples and more. Welcome to the Limits Issue.

How to Read the Limits Issue