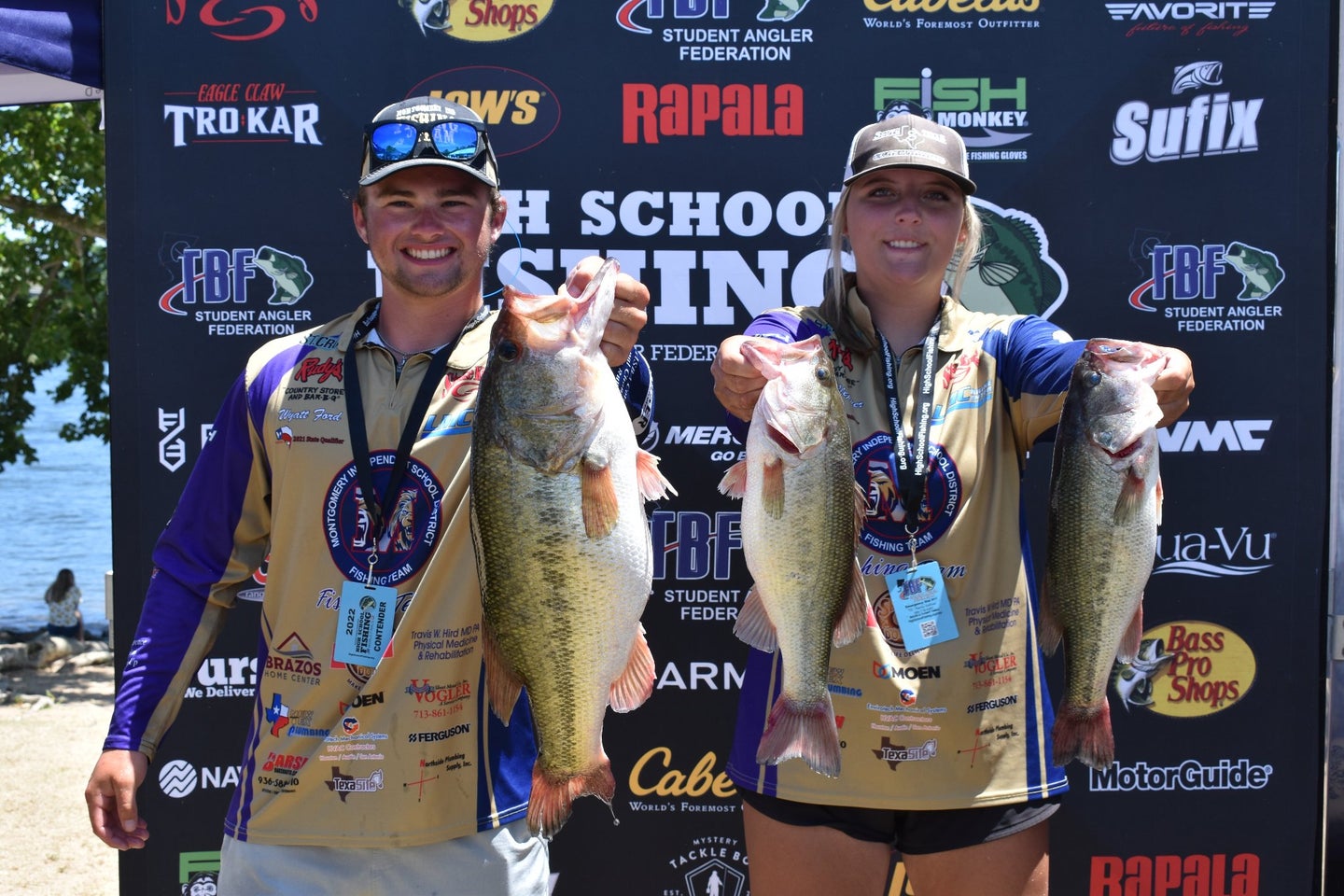 Clepper and Ford have been angling partners since they were freshmen. They came out strong from the start of the three-day event and seized the lead on day one by netting three largemouths that weighed a total of 18 pounds, 8 ounces. “Having 18 pounds with three fish is unreal. I don’t know anybody who’s actually really done that,” Clepper later told the Washington Post. “We went into the tackle store and they said that they’ve never even heard of 18 pounds coming from three fish.”

It only got better from there. Clepper and Ford continued to boat bass after bass using shaky head jigs, Zoom trick worms, and the occasional crankbait. They kept the lead throughout the rest of the tournament, but only by a slim margin. At the end of day two, the pair led a whittled-down field of 10 competitors by just one ounce.

On the final morning, their thin lead was bolstered when Ford put a 7-pound 8-ounce lunker into the livewell with help from Clepper’s father, who was driving the boat and netted the giant bass. It was the largest fish of the tournament and cemented the team’s spot at the top of the podium.

When the three-day competition ended on June 25, the Clepper and Ford had caught a total of nine bass, totaling 39 pounds 9 ounces. Their final-day weight of 12 pounds 14 ounces put them more than five pounds ahead of the second-place team. For their impressive showing, Clepper and Ford were awarded $250,000 in scholarship dollars and granted entry into the upcoming Toyota Series Championship at Lake Guntersville, Alabama.

“The feeling of being a National Champion is one that I can’t really even put to words,” Clepper told Fishingwire. “I feel like this is all a dream because I’ve dreamed about this day for years. Winning this tournament means to me that I can do it and to never listen to anyone who says I can’t.”