Some say it looks like a cartoon, others say it could be Frankenstein's fish—but everybody is stumped as to what it is 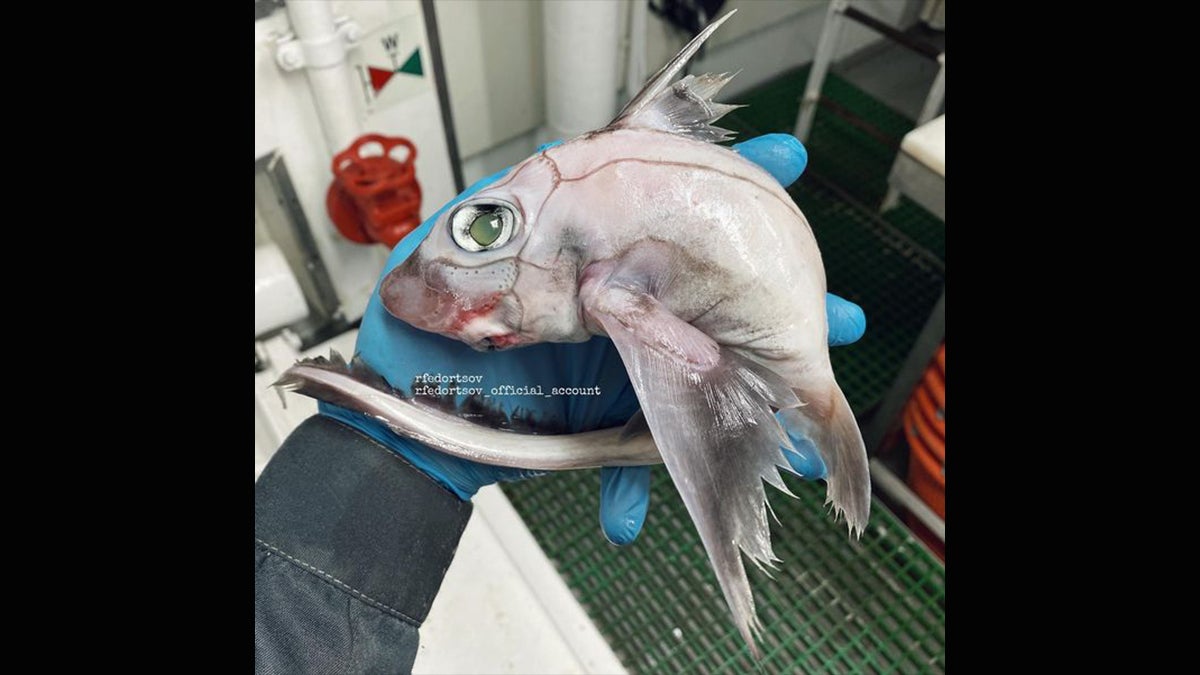 Take the imagination of some weird children’s book writer—Doctor Seuss, for example—and ask him to dream up a bizarre deep-sea fish. What you’d get is almost as strange-looking as what Roman Fedortsav regularly finds, photographs, and posts on his Instagram account, which has 649,000 followers.

Fedortsov works as a fisherman on a trawler sailing out of Murmansk, but his real love is sharing pictures of the weird critters occasionally pulled up from the ocean floor by the trawler. And his latest is a doozy—a big-eyed fish with oddly protuberant, translucent fins, a thresher-like tail, and a body that looks like it was hastily sewn together out of parts from other fish. Also, it looks strangely…naked. I mean, all fish are naked. But this one looks seriously naked. I don’t know how to describe it other than to say that if the fish could talk, it might say, “Yeah, well you look pretty otherworldly to me, too, pal. How about a cigarette? And a robe if you got one.”

Read Next: Unbreakable Fishing Records: 15 of the Biggest Fish Ever Caught

One viewer thought it looked like a cartoon fish. Another said it was like a Pokemon. A third guy said he recognized it as a “ghost chimera,” which is in the order of deep-dwelling fish (down to 8,500 feet) fish known as ghost sharks, ratfish, spookfish, and rabbitfish. I don’t know about all that, but it makes you want to stay in the shallow end of the pool.