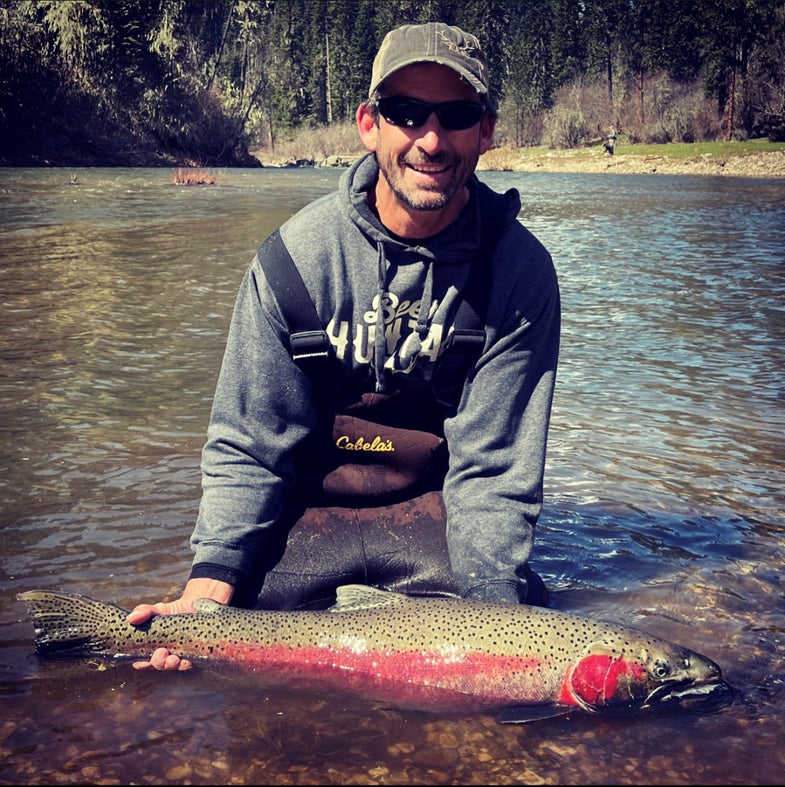 Winning a championship comes with a title defense, and Idaho angler Scott Turner rose to the challenge and successfully defended his. On April 11, 2021, Turner landed a 39.25-inch steelhead which broke the state record.

Turner is a competitor and has set multiple records for other species. With regards to steelhead, Idaho Fish and Game records show that Turner first took the top slot for steelhead in 2017 with a 36-inch steelhead caught on the South Fork of the Clearwater River. His record was bested by Tucker Young in 2018 with a 37-inch fish. Young’s record was then broken in 2019 by Samuel Brumbaugh, who hooked a 38-inch record. In this game of inches, Turner reclaimed his title earlier this month with the 39.25 inch fish. All four records were caught on the same river, and Turner is the only person to set a state catch-and-release steelhead record twice.

According to a statement from Idaho Fish and Game: “Steelhead over 30 inches are pretty rare in most of Idaho, and one over 35 inches is VERY rare. If we look at trapping numbers from Lower Granite Dam, we can get a good sense of just how rare a steelhead like this is. During the last 13 years, Idaho Fish and Game biologists trapped and measured about 225,000 steelhead at Lower Granite Dam as they return to Idaho, so there is some very accurate data on steelhead sizes. On average, steelhead over 35 inches long only make up about 0.9 percent of the total run. Larger steelhead are even more rare, with fish over 40 inches making up only 0.002 percent of those crossing Lower Granite Dam, which might only mean a half-dozen fish in any given year.”

Steelhead fishing remains open on the Clearwater River until April 30. Records for headhunters looking to enter the competition can be found here.