The massive fish was tagged as part of a conservation project. The angler estimates it was about 100 years old 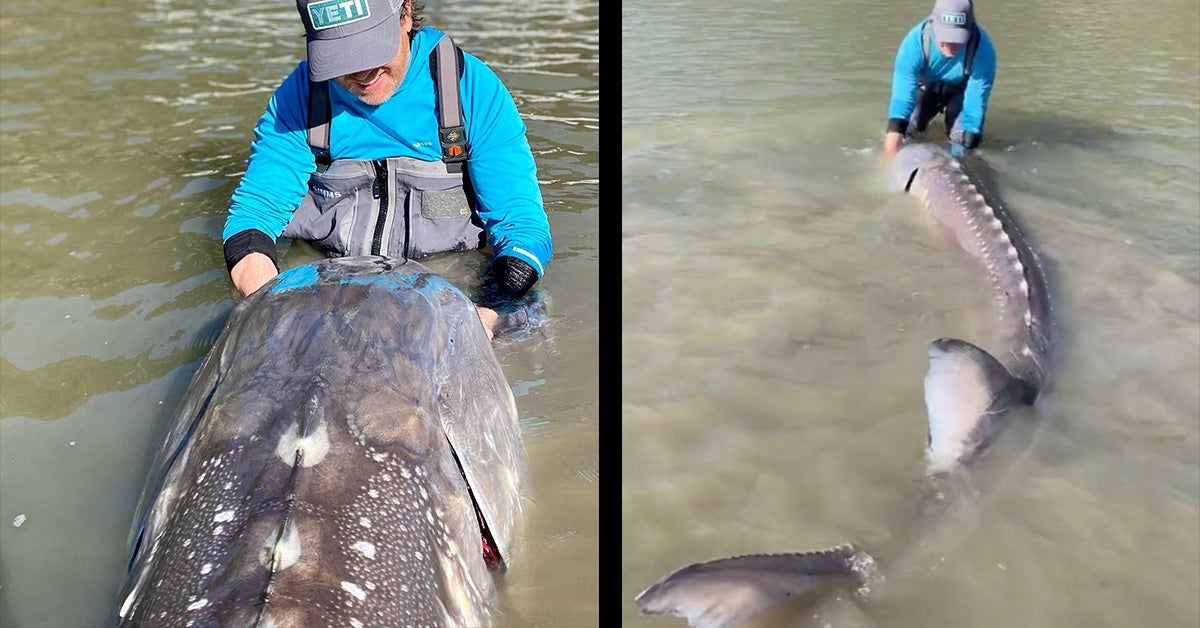 British Columbia is home to some truly prehistoric beasts—and a local fishing guide just caught one of them. Yves Bisson, the owner of Yves Bisson Sturgeon Company, hooked and landed a 10.6-foot sturgeon on Canada’s famed Fraser River on March 6. He estimated that the massive fish weighed approximately 600 pounds.

“I have landed over 22,000 sturgeon on my fishing charters, and this was one I’ll never forget,” Bisson told Storyful. “We were all amazed as this fish had no tag and had probably never been caught before.”

Bisson estimates the fish was about 100 years old. White sturgeon are listed as endangered under Canada’s Species at Risk Act. It’s mandatory for anglers to release them. As part of a conservation program managed by the Fraser River Sturgeon Conservation Society, Bisson tagged his fish before releasing it. The tagging program is done by 60 volunteers and 35 of them are professional fishing guides. Together, they’ve tagged more than 68,000 sturgeon in recent years.

White sturgeon are anadromous fish that are endemic to large rivers and estuaries on the Pacific Coast, from central California up to Alaska. The fish are notably long-lived; the oldest fish on record was 103-years-old, according to the California Department of Fish and Wildlife. Fisheries biologists say that white sturgeon have likely existed for 200 million years.

The Fraser River, which is the longest river in British Columbia, is a hot spot for big sturgeon. Last summer, a former NHL goalie caught an 11-foot, 6-inch fish that was considered a record for the waterbody. The Fraser flows freely for 854 miles across Canada. The lack of dams likely contributes to such a thriving fishery—and fish of such epic proportions.

“[It’s] one of the largest [sturgeon] I’ve ever seen,” wrote Bisson of his catch.