The huge shark was caught from shore and quickly released. The guide service that helped with the catch says it's their biggest hammerhead to date 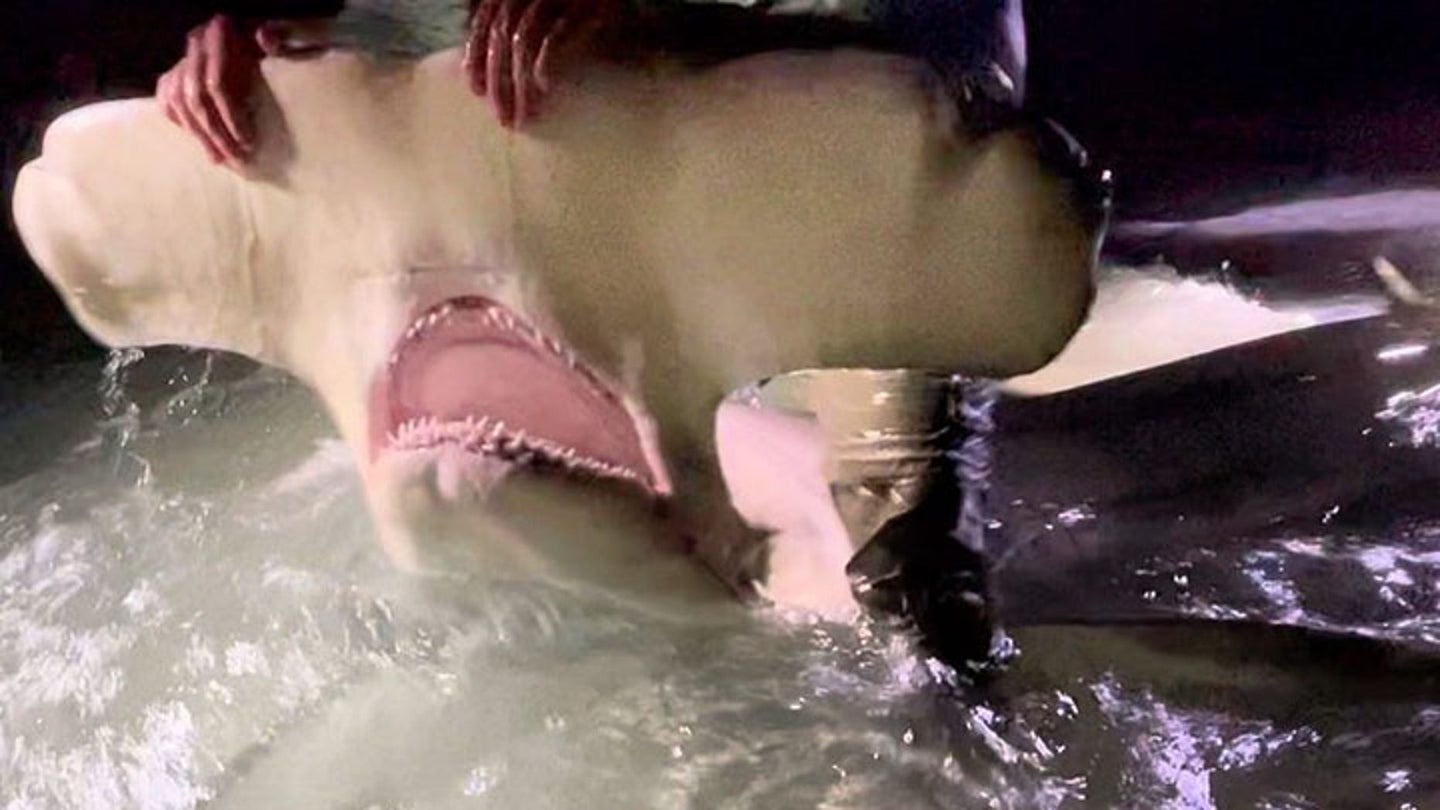 A massive 13-foot hammerhead shark was landed in northwest Florida on Saturday. Though Roy Scheider’s character in Jaws asked for a bigger boat to catch the film’s famous great white, the two guides and two anglers that landed this monster hammerhead did so with no boat at all; they hooked, fought, and released the beast all from the beach. It was the biggest hammerhead ever caught by a client of the Navarre Beach Shark Fishing (NBSF) guide service, which specializes in land-based shark expeditions.

Fishing just east of Pensacola on July 31, guides Kerry Guliksen and Tanner Piehl rigged up two whole dead baitfish. The guides then kayaked the bait 400 yards off the beach—way further than it could be cast—and dropped it. That evening, when the shark was initially hooked and began to run, the guides knew it would be no ordinary catch.

“That’s not a little fish!” Guliksen exclaims in a Youtube video of the catch. Anglers Corey Roper and Brittany Heath, as well as the guides, took turns cranking until the hammer was in the wash. They used a bolt cutter to snip the bite leader and wrestled the fish back into position to swim away.

Hammerheads cannot be harvested under Florida law and must be released “without delay” when fishing from the shore. Navarre Beach Shark Fishing takes the regs seriously. “We had her in and out in under 15 minutes tops,” Moran told Fox News. “We kept her in the water the whole time to ensure a proper release.”

Read Next: Aerial Cameras Spy on White Sharks as They Hunt Down Seals

“This one was particularly massive for the area,” Guliksen tells F&S. “For it to have been about 13 feet is absolutely ridiculous.”

Wrangling a huge shark barefoot in knee-deep water isn’t for the faint of heart, but Guliksen says it’s not as dangerous as you might think: “The bigger ones are not as big of a concern. They’re tired and only really care about going back. The little ones are the ones you have to watch out for. They can get whippy.”