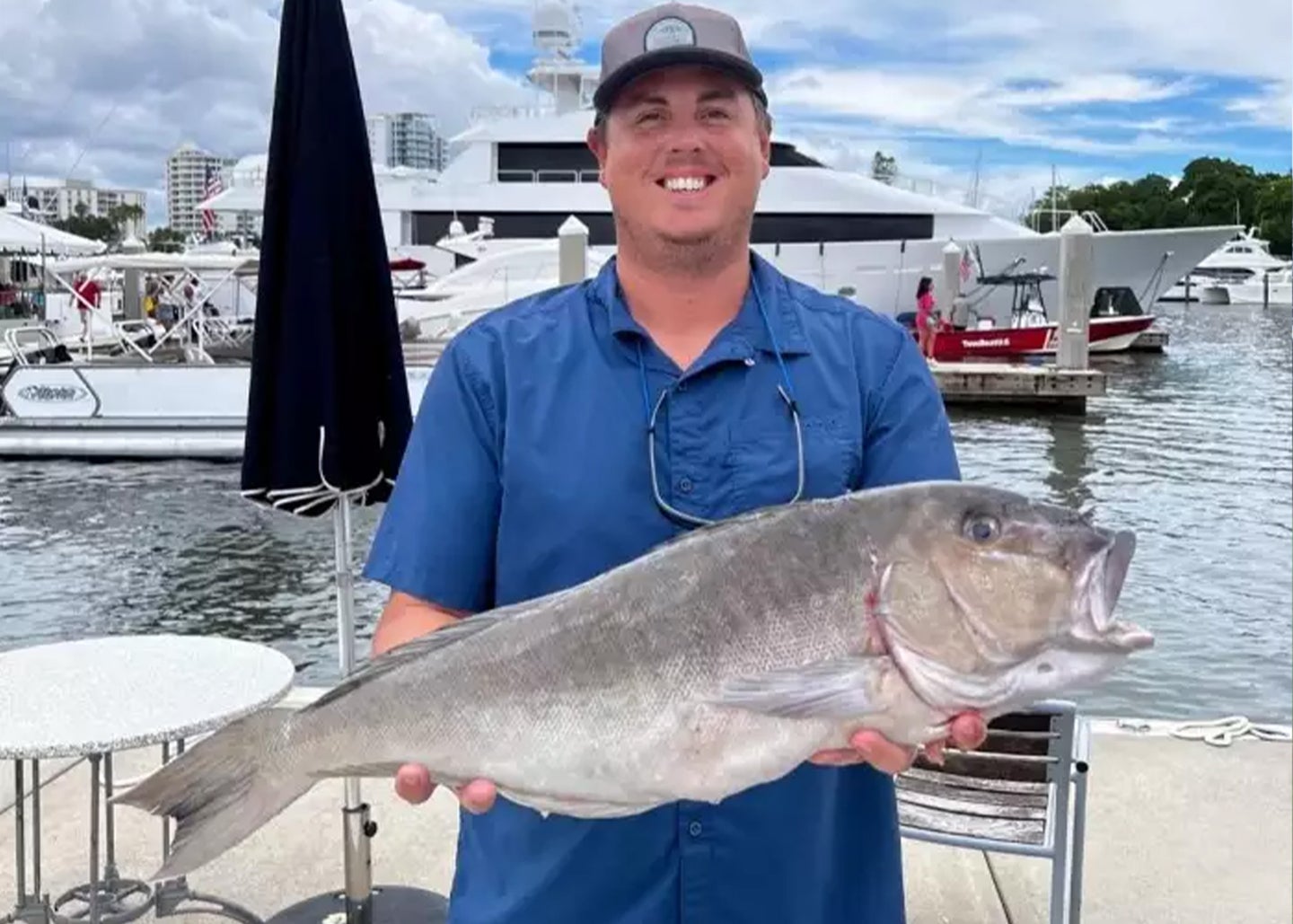 On Thursday, December 29, the Florida Fish and Wildlife Conservation Commission (FWC) announced two new saltwater records. According to a recent press release, Matthew Marovich landed a red porgy and a blueline tilefish that both top the record books for the largest of their kind ever caught in state waters.

When Marovich set out from his hometown of Sarasota on the last Friday of August, the fishing conditions were ideal, according to the FWC. The water was calm and flat, and the skies were clear. Sure enough, the fish were biting. But Maravich had no idea he was in for a rare double-record day.

“Both fish were unexpected catches,” he said. “I thought I had a queen snapper when I pulled up the biggest red porgy I had ever seen. The blueline tilefish felt like a grouper. Tilefish is one of my favorites to eat so it was really exciting to see such a nice blueline come to the surface.”

Marovich’s 10.55-pounder nearly doubled the previous record for blueline tilefish, which was caught in 2021 and weighed 5.4 pounds. His red porgy, which tipped the scales at 5.56 pounds, beat out a 4.8-pounder caught in 2019. The IGFA all-tackle world record for blueline tilefish, caught off New Jersey in 2015, is 23 pounds, 4 ounces. The world record red porgy, caught in Gibraltar in 1997, weighed 17 pounds.

Tilefish inhabit waters along the entire east coast of the United States and the Gulf of Mexico south to Venezuela. They feed during the day on crustaceans, clams, snails, worms, anemones, and sea cucumbers. Red porgy, which are an unregulated species on the Gulf Coast of Florida, prefer deep tropical waters and typically feed on crustaceans, mollusks, and small fish.

The FWC maintains state records for 81 species caught in Florida state and federal waters. Saltwater fishing records are part of the FWC’s Catch a Florida Memory Saltwater Angler Recognition program, which rewards anglers for their fishing efforts while encouraging them to target a diversity of species. For both of his record fish, Marovich will receive a certificate of accomplishment signed by the Director of FWC Marine Fisheries Management, a prize pack, and a custom ink fish print to memorialize his catches.