Ben Christensen battled the brute with a 4-weight fly rod. It's a potential tippet-class record 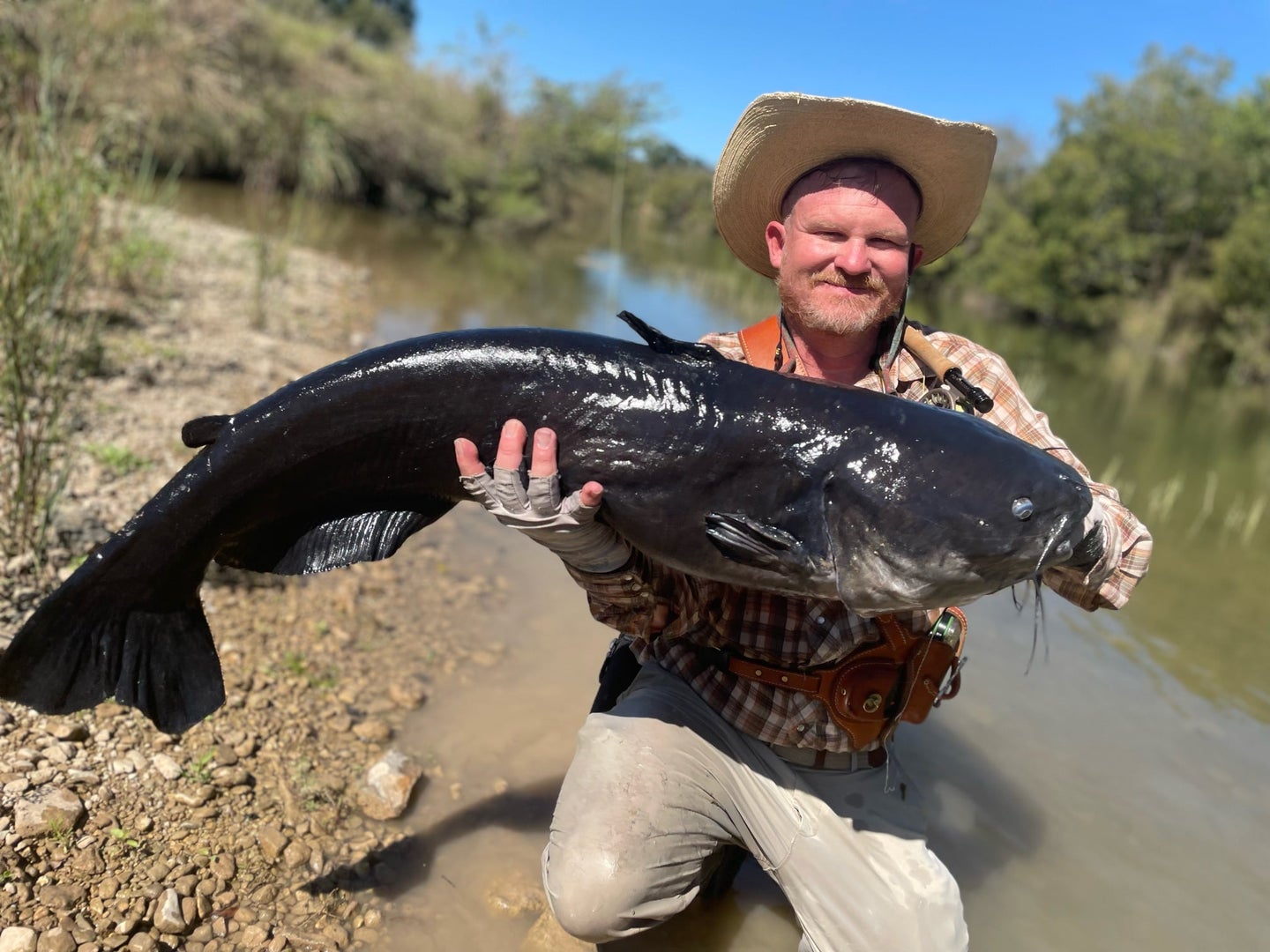 You don’t see many people catch catfish on a fly rod, let alone one this big. Angler Ben Christensen hooked into a 31.55-pound blue catfish on October 11. The bait? A size 10 olive creek damselfly pattern that his son tied. Christensen, who is writing a book about fly fishing in the Texas hills, landed the brute on a 4-weight fly rod while using 12-pound test Rio Bass tippet. The Texas Parks and Wildlife Inland Fisheries San Marcos/Austin District announced the catch on Facebook as a pending waterbody record for the Pedernales River. It’s also a potential IGFA world-record tippet-class record and appears to top the existing 12-pound tippet-class record, which is a  26-pound, 4-ounce fish that was caught on Florida’s Escambia River in 2018.

“[I] sight-casted [to] him with the Scott Flex 4WT, and he grabbed the fly,” Christensen wrote on Instagram. “It was on like Donkey Kong! [The fish] took me into the backing, and I fought him for 40 minutes like we were offshore or something.”

Christensen told FTW Outdoors that he plans to submit the record to the IGFA for consideration. He added that he kept the fish because he didn’t think it would survive the release after such a long fight. “It was old, blind in one eye, and its stomach was empty when we filleted him,” Christensen said. “I took thin fillets off the fish and composted his body in the middle of a piece of land where I hope to plant a wine grape vineyard.”

Read Next: 10 of the Biggest World Record Catfish Ever Caught

The blue catfish is the largest freshwater sportfish in Texas, according to Texas Parks & Wildlife. In places with mature blue cats, 50-pounders are not uncommon, and the state rod-and-reel record is 121.5 pounder. Most anglers catch these bottom-feeders while using smelly bait, especially cut baits. However, Christensen’s fish is proof that you don’t have to soak bait to land a monster catfish. If you know what you’re doing, just bring your 4-weight and get ready to battle.